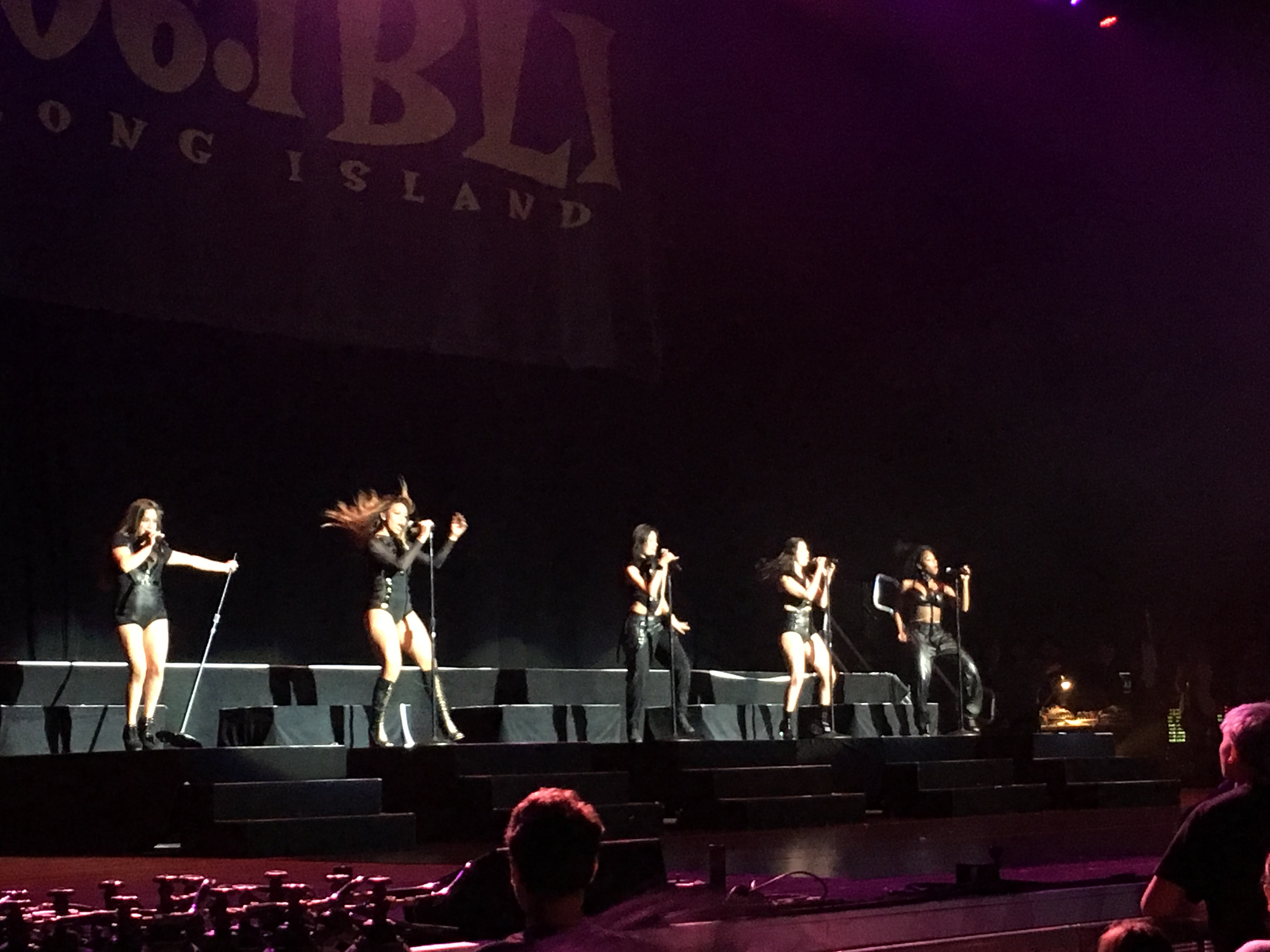 BLI Summer Jam at Jones Beach Theater was great! Going into the evening I was most excited to see Fifth harmony. As always, they were incredible. They had a short set, but that is understandable at a large radio show like this one with so many other artists. Their performance was without a doubt my favorite part of the show because they have such great songs that are fun to sing and dance along to, like ‘Worth It’ and ‘Work From Home’. I also really enjoyed The Chainsmokers. I’ve never really been into EDM music, but their performance was so awesome and energetic. They turned jones beach into a club at 6pm!

Ultimately, it really felt just like any other concert I’ve been to, even with the tragedy that happened the previous night in Orlando. Everyone seemed to be having a great time and enjoyed the music. The only time the venue became somber was whenever an artist mentioned Christina, which was of course understandable, and happened many times throughout the evening.

A number of artists made tributes to Christina Grimmie that night. Alessia Cara, Rachel Platten, Charlie Puth, and Meghan Trainor all thoughtfully dedicated songs to her. Fifth Harmony asked for a moment of silence. I think it was a really tough situation, as details of the tragedy were still emerging. All of the artists handled the situation very well and were genuinely crushed that something like this happened to their friend and colleague, Christina Grimmie.