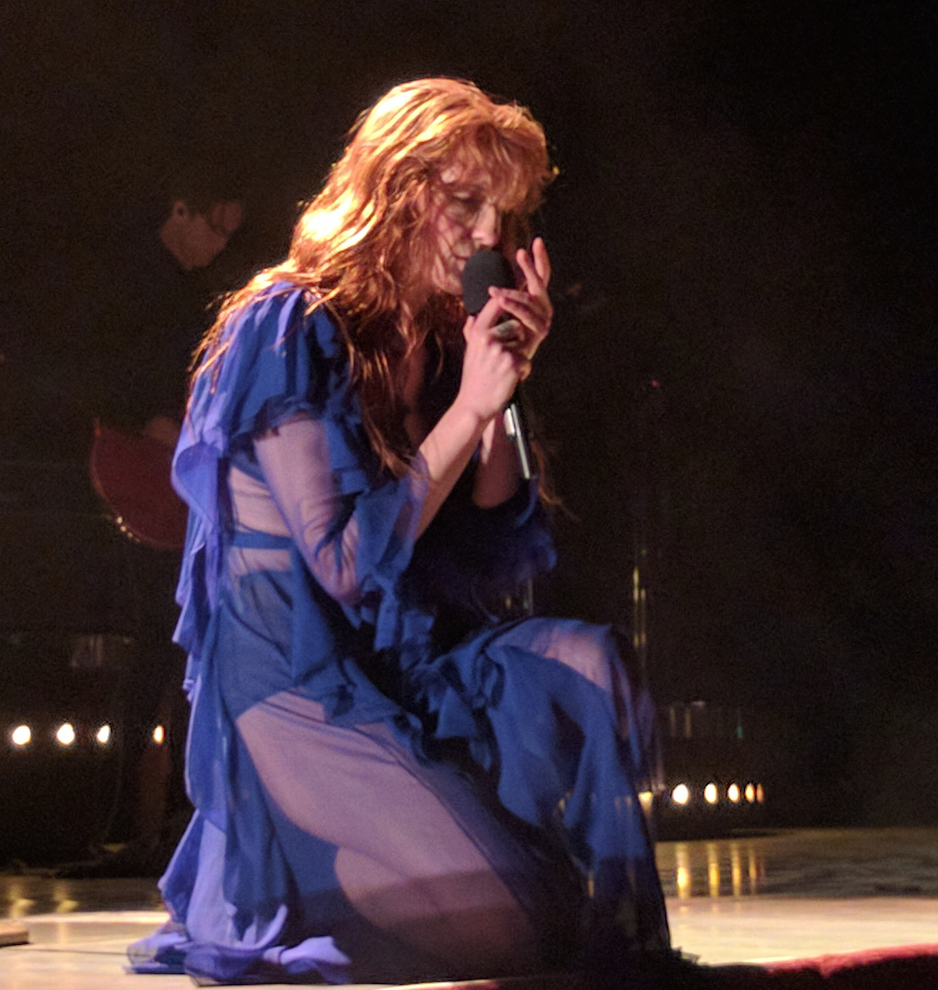 After having some delicious french toast, I walked over to Barclays Centre. It was about 1:30 pm, five hours until doors, but there were already at least 25 people in line. I was immediately a little anxious about how close I would be to the stage, but after stopping for a minute, I realized there was nothing to worry about. I was going to be first or second row.

I saw Florence + the Machine the week before in Mansfield, MA. That show was in an amphitheater, so the atmosphere was different. It also wasn’t raining while waiting in line, which was a welcome change. This would be my eighth overall time seeing Florence.

After going through a sizable portion of the music on my phone and a couple brief chats with people in line, the doors opened. As I walked in, I thought about whether the setlist would be different from last week. The previous show was the first time I had heard ‘Various Storms and Saints’ live, which is my favorite song from the album, How Big, How Blue, How Beautiful. It replaced ‘Long and Lost’, which was on last year’s ‘How Blue’ leg of the tour. I also wondered if they would change up the older songs. They always play ‘Rabbit Heart’ and ‘Dog Days’, but songs like ‘Cosmic Love’ and ‘Howl’ get rotated in and out.

It seemed a lot of the crowd that got there as early as I did were thinking the same thing. I overheard several people talking to their friends about whether they’d get to hear their favorite song. I didn’t speak up, but I knew none of them wouldn’t be disappointed.

The show itself was stunning. From opening with ‘What The Water Gave Me’ to closing with ‘What Kind Of Man’, Florence was running, jumping and twirling all over the stage. Every time she reached towards the crowd, a bunch of fans reached back. Flower crowns, bouquets and various articles of clothing flew onstage throughout the night.

Accompanying ‘You’ve Got The Love’, Florence brandished a rainbow pride flag and shared a beautiful message about love. She told us to take all our love everywhere we go, and share it with everyone. A fan near me had their own pride flag with “From Sandy Hook to Orlando” written on it as well. It was an amazing tribute to the victims of the terrible attack at the Pulse nightclub.

This was the last time I’ll see Florence for a while. It was my last show this tour, which is the last tour for this album. Barring a one-off show I may be able to make, I won’t see her until the next album comes out. But that sadness was easily balanced out by meeting a friend after the show for drinks. We knew each other from Twitter, and had never met before then. We initially connected through our love of Florence + the Machine, so it was that much nicer to meet after sharing this experience.