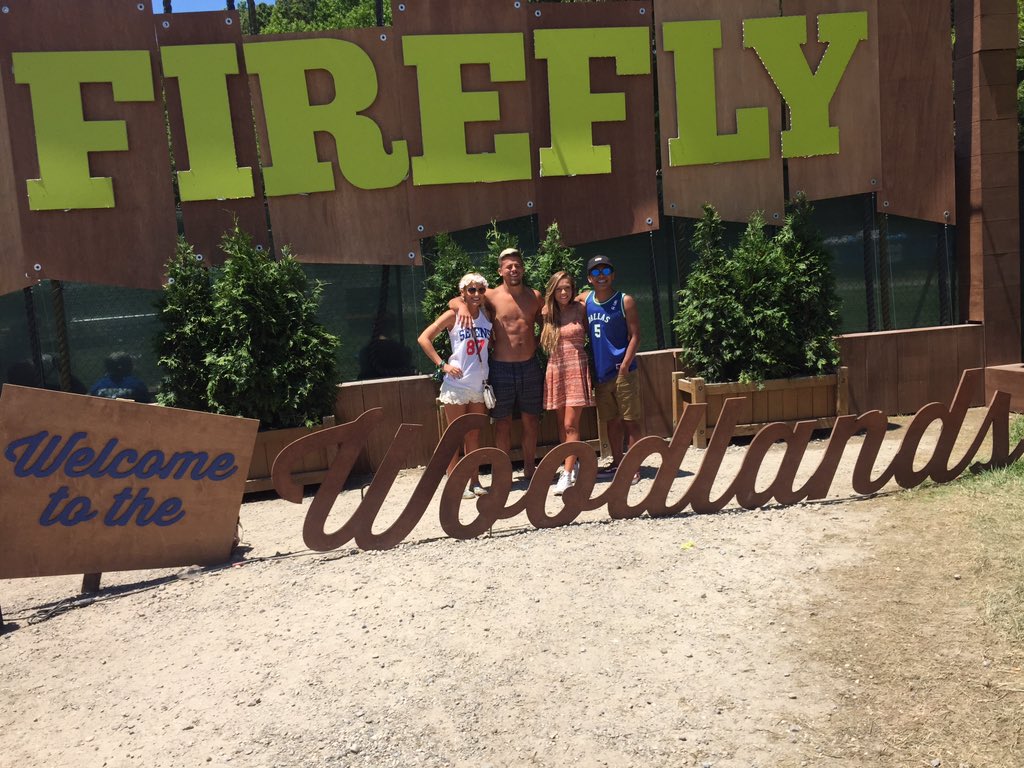 I’ve had the pleasure of going to Firefly Music Festival now for the past three years (and this year too, thanks to Soundigest’s Twitter contest). The first  time I went I fell in love with EVERYTHING, and I have that same experience each time I go. This year I wanted to see The 1975, Ludacris, Ellie Golding, GoldLink, and so many more, but I had a bunch of summer classes that interfered. I figured I should probably not skip so many classes just to go to the festival, but then I found out four days before Firefly that both of my teachers had excused class from Thursday to Friday. I was FREAKING out about finding a ticket that wasn’t too expensive and from a person I could trust. After I won the tickets from Soundigest (the day before), I immediately went shopping for shorts, bandanas, hats, sunscreen (you’ll need it), and shoes that are comfortable enough to walk in all weekend. As soon as I arrived at the festival around 6 P.M., there were SO many people there already. The vibes were incredible, the music was amazing, and the food was even better!

Each day to prepare for firefly my boyfriend, my two best friends and I would wake up around 11 knowing that the concerts started at around 1 each day. We would get dressed, get coffee (also important), and head out! There were multiple people playing at the same time on different stages so we had to plan according to who we wanted to see.

There were two really cool features of Firefly that I enjoyed a lot. One of them was called ‘The Hammock Hangout,’ and the other was the silent DJ. The silent DJ was a little area encompassed in the forest that had two DJ’s performing. Both would compete for you to listen to their channel. They changed back and forth with a headset they give you, and the awesome part was that you couldn’t hear anything without the headphones! When you take them off all you hear is people singing along to the channel that they’re on. It was really funny!

Overall, firefly was one of the best experiences and I’ll keep going back every year because nothing is better than discovering new artists and new music. Festivals are definitely the perfect place to do that!