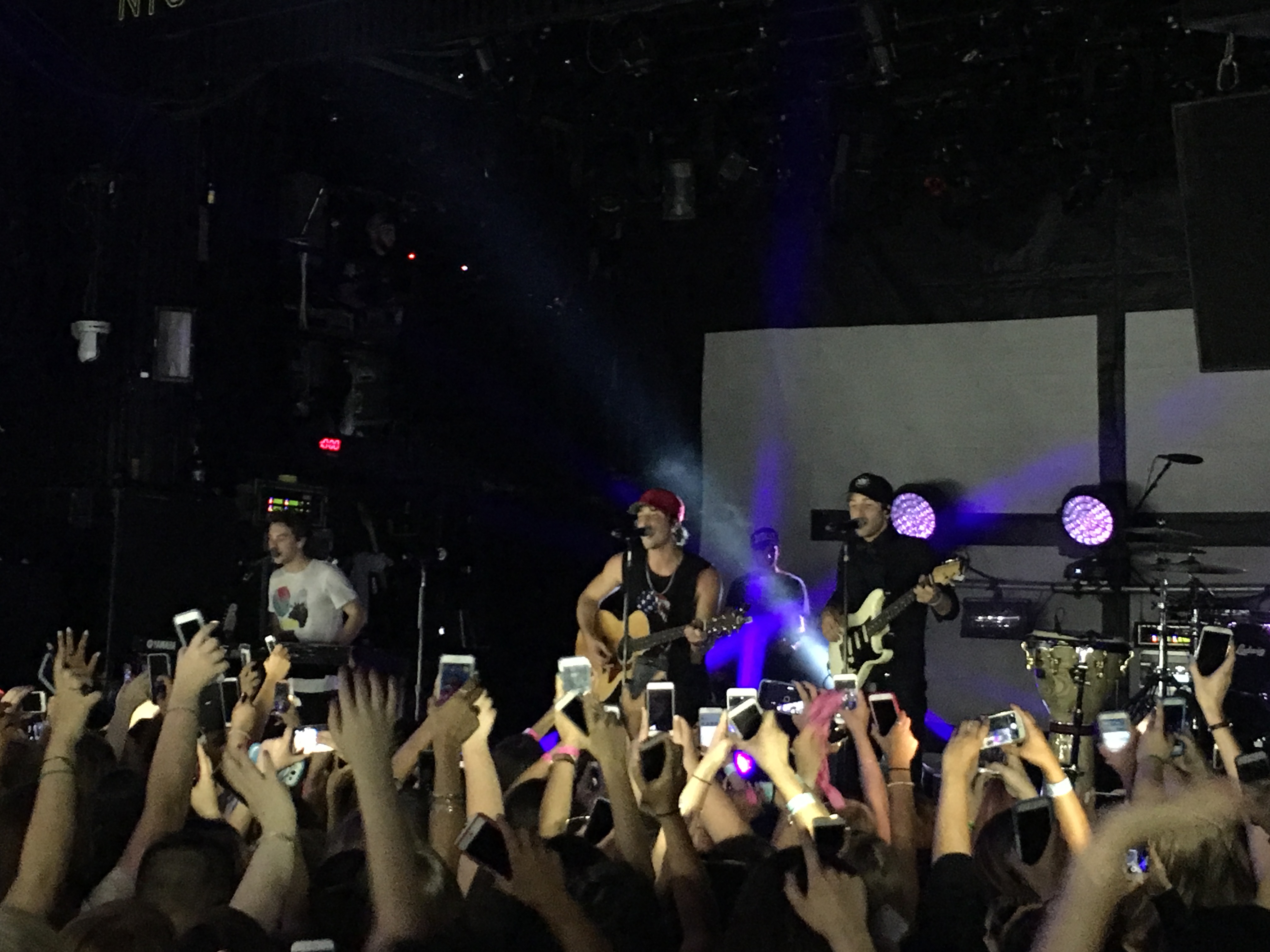 When a band breaks up you always hope they’ll get back together. Well, my wish came true a few months ago when Emblem 3 announced they would be reuniting. I was so excited to see them on the final stop of their Waking Up Tour at Irving Plaza. They have been one of my favorite bands since their X Factor audition. The show was originally supposed to be on my birthday weekend, so my friends and I got meet-and-greets and soundcheck for the show. Unfortunately, the show was postponed to the end of June because of the events of that happened at the T.I. concert just a few nights before.

When the soundcheck began, Wes, Drew and Keaton performed two songs acoustically (‘Reason’ and ‘Curious’) before beginning the meet-and-greet. The guys seemed genuinely happy. When the show began the room was taken over by deafening screams of fans, both new and old. The guys opened the show with their new song, ‘Now,’ stating “baby, we’re back!” As the set continued, they played a mix of songs from their first EP, ‘Songs From The Couch,’ their debut album, ‘Nothing To Lose,’ and their latest release ‘Waking Up.’ They also threw in covers like ‘7 Years,’ ‘Pony,’ and ‘Often.’ The crowd went absolutely insane over the band’s biggest song, ‘Chloe.’

My favorite part was when they performed one of their new songs, ‘Taboo Love’ mashed up with ‘Pony’ and ‘Often.’ I love when artists put a different twist on songs for tour. Another highlight of the show was the encore of “Sunset Blvd,” or as the guys referred to it – “the song that started it all,” and the crowd sang along with every word. You could tell everyone was excited that Emblem3 is back, and I’m looking forward to seeing what the future holds for the trio.