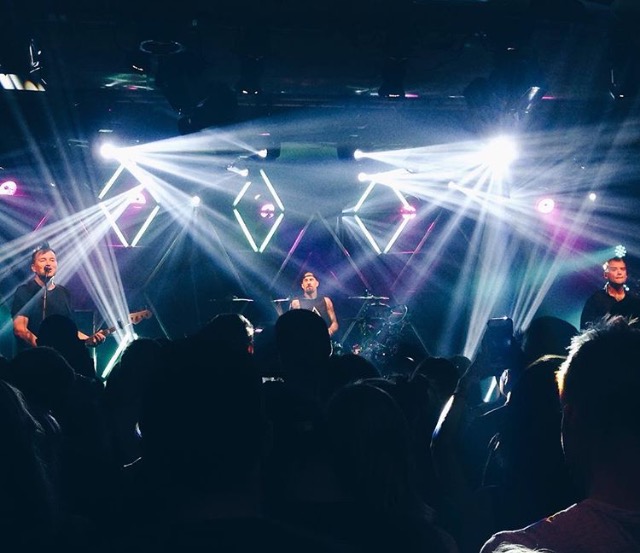 Blink 182 has been one of my favorite bands since I was a little kid. For my 7th birthday, my neighbor gave me a Now That’s What I Call Music! CD that featured ‘All The Small Things,’ and I was instantly hooked. My dad introduced me to some more of their music and I immediately moved on from Justin Timberlake to Travis Barker. This is what kick-started my love for pop punk music. I was into mainstream music prior, but Blink 182 opened new doors. From there, I moved onto Green Day, then Good Charlotte, then Fall Out Boy… and here I am with a long list of bands I absolutely love, and hundreds of concerts I’ve been to since.

Let’s fast forward a bit. The band broke up but reunited a few years later. I saw them live a few times and then suddenly, they started to slowly disappear again. Late winter/early spring 2015, Tom DeLonge left Blink (yet again), and was replaced with Matt Skiba of Alkaline Trio. Later on, it was announced the band would be recording new music, with Matt as the replacement guitarist/vocalist.

Now, let’s jump to spring 2016. Randomly, an event page was added on Ticketmaster stating that Blink would be playing at a casino in the middle of Pennsylvania. “Well, that’s weird… but I guess I’m going,” I remember saying when I first saw the page. I haven’t seen the band since September 2013, the last time they were even somewhat remotely close to my area, and now the time has come to see them again.

Finally, show time was here. On June 23, 2016, I finally saw one of my favorite bands again. I walked into the Sands Bethlehem Event Center and looked around in awe. I was seeing the band that was one of the “founding fathers” of my music taste in a 3,000 capacity room, when they normally play for around 20,000+ people!

I’m going to be honest, I was extremely nervous about seeing Matt Skiba replace Tom DeLonge. I’ve seen him in his other band previously, but how can you replace such a big part of an iconic band? But I had no reason to be nervous at all. Although Tom’s iconic accent is no longer present during live shows, Matt does an excellent job at being the newest guitarist/vocalist of Blink 182.

The band played so many hits and some new songs as well! It was a perfect mix for a set list of 23 songs total. It was crazy to see my one of my favorite bands again and couldn’t be happier that they’re back!