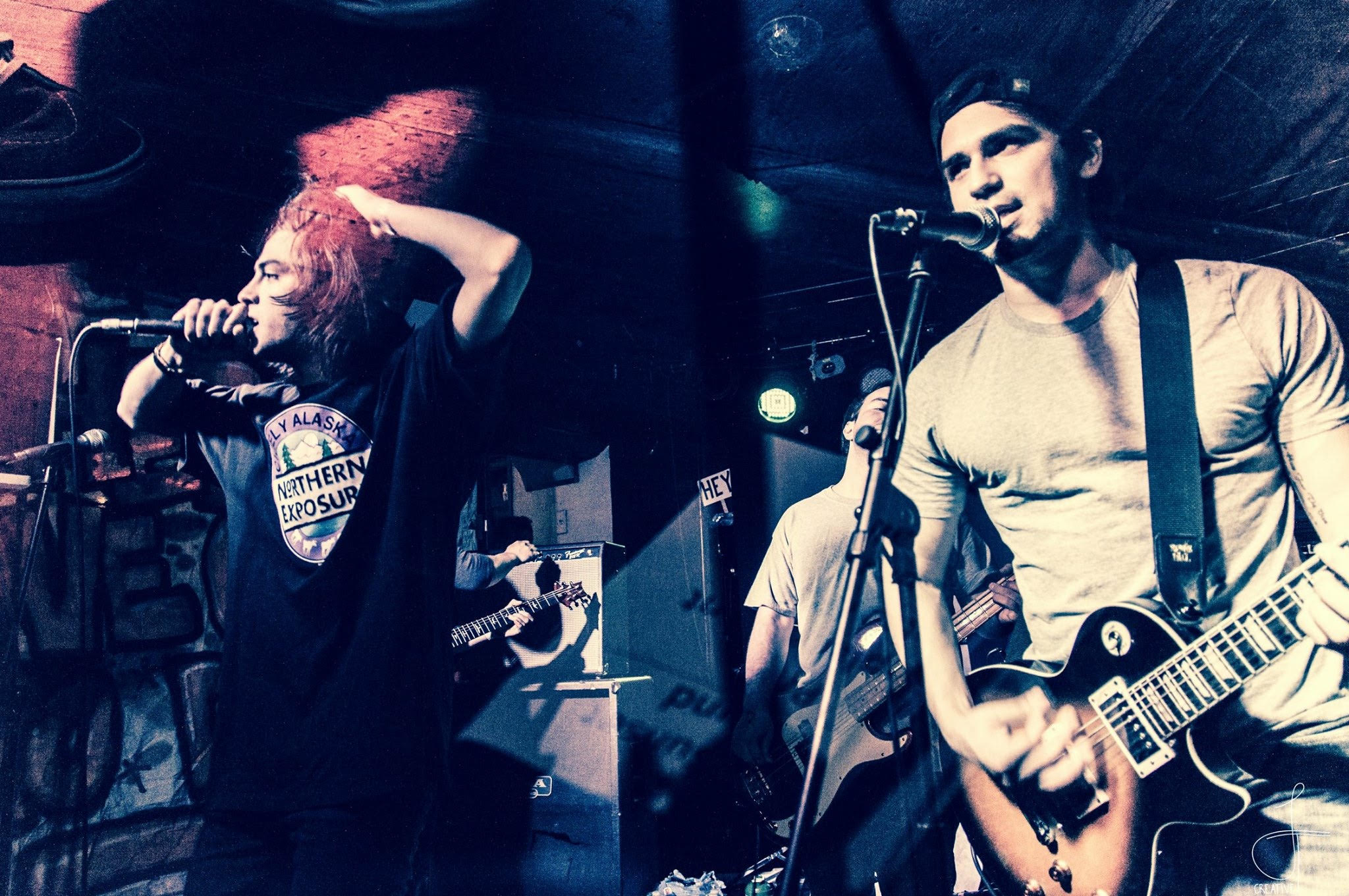 Shorebreak is an up-and-coming pop punk/emo band from Long Island. The band consists of Mike Scarola (vocals), Mike Cowdell (guitars/vocals), Nick Montanino (bass), Tom Vecerina (guitar) and Joe Stewart (drums/vocals). The band started in 2011 in East Islip and has played all over the tri-state area. They started off playing at their homes, and eventually moved on to playing shows with artists such as State Champs, Real Friends, Stickup Kid and many more.

What artists have influenced the band?

Blink 182, 311, The Starting Line, Backtrack and Senses Fail have all influenced our sound.

What was the inspiration behind the Shorebreak name?

We just thought it sounded cool!

What are your favorite songs to play live?

Probably ‘Paper’ based on crowd response.

What are your go-to cover songs?

It used to be ‘Buried A Lie’ by Senses Fail, or ‘I’m Not Okay’ by My Chemical Romance.

What do you feel is your biggest accomplishment within the band thus far?

Our biggest accomplishment is probably performing at Today’s Mixtape Festival in 2015. That meant a lot to us!

Which artists have you been jamming to a lot lately?

To be honest, we all jam to different stuff.

What would your dream collaboration be?

Our dream collaboration would probably be a tour with Stickup Kid!

Fast forward to five years from now. Where will the band be?

We hope to be playing as many shows as possible, traveling and putting out records.

What’s next for Shorebreak? Any upcoming endeavors?

You can find more information about Shorebreak at: