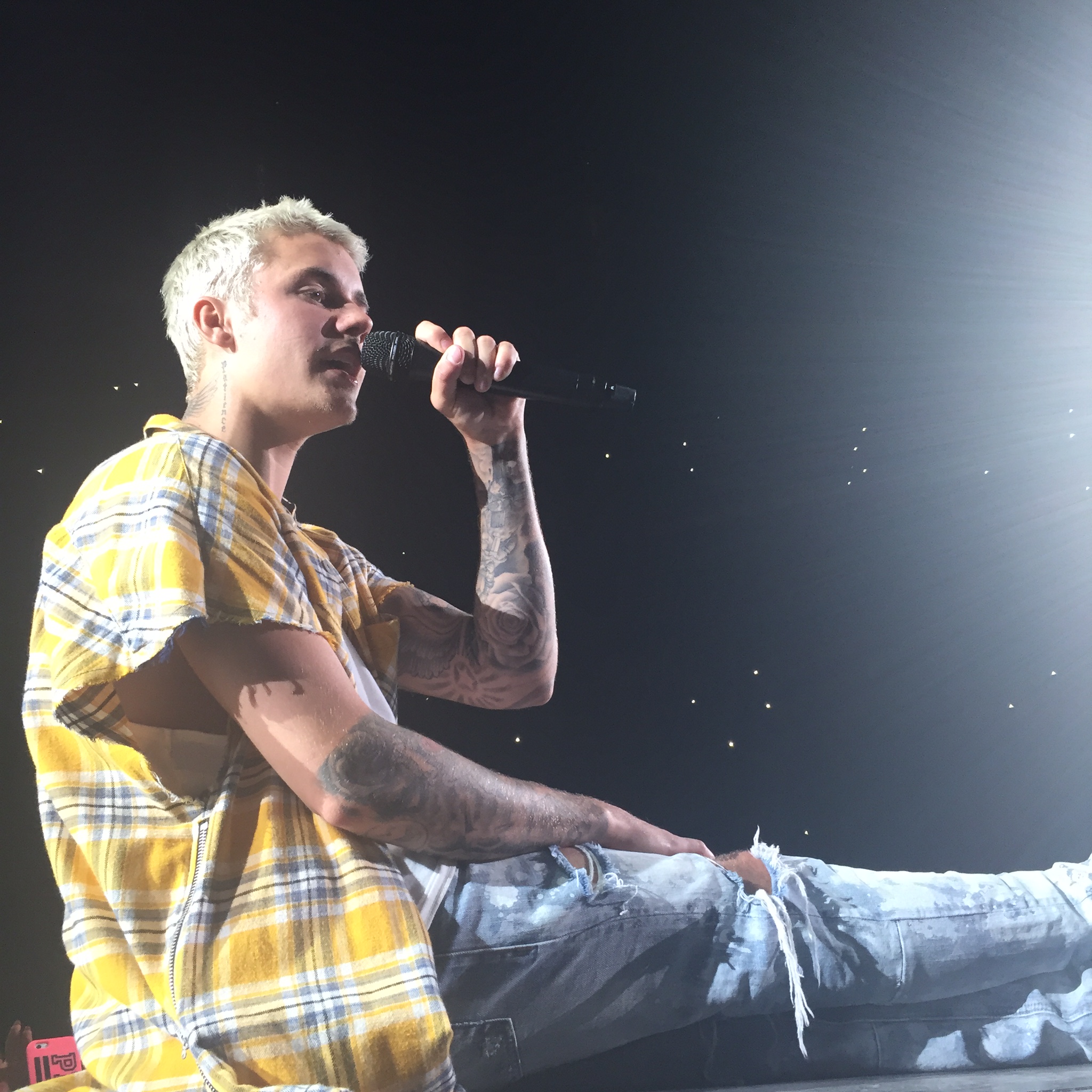 On November 15, 2015, the day the tickets for Justin Bieber went on sale, I decided to stay home from school so I could guarantee my purchase of perfect seats. I sat on my laptop for an hour before they even went on sale, preparing myself. As the time came closer my heart started to race because I knew how fast the show  would sell out. I looked at the top right corner of my laptop and saw that it was 9:00 a.m. and my heart sunk. I quickly refreshed the page and found tickets as fast as I could.

Unfortunately, I wasn’t able to figure it out so easily at first and my laptop was loading very slowly. I had my sister next to me on her laptop and her phone trying to help me out also. After about a half an hour went by my sister told me she pulled tickets up and purchased them. I ran upstairs and cried in my room, so full of excitement! I now had tickets to see Justin right in front of the stage, in pit B!

When the day came, on July 9, 2016, I was both nervous and excited. I set my alarm for 9:30 a.m. so I could start getting ready as early as possible. Every 15 minutes starting from 1:00 p.m. I begged my mom for us to leave for the concert. Finally she decided we would leave at 2:00 p.m., so I showed up at Prudential Center at about 2:30 in drizzling rain and waited until 6:00 p.m. when they started letting people in. During this time I made a lot of friends who love Justin just as much as I do. We were given our wristbands a couple minutes after 6, and then I bolted up the stairs with a friend I met that day so that we would get the best spot in the pit. When I finally got there I ended up right next to the stage in the spot I was dreaming of since I bought the ticket.

I waited for about an hour and a half for the concert to start and all I could think about during the opening acts was that soon it would be Justin right there on the stage. It didn’t even seem real to me! 8:45 came, the lights dimmed, and there were loud screams throughout the entire arena so I held my phone up and got ready. When Justin came up from under the stage and ‘Mark My Words’ began to play, there were many mixed emotions among most of the fans. There were tears, joy, and screaming all around me. In the pit, fans seemed to dance along to the music and really enjoy themselves. By the time ‘Purpose’ started playing and he sat right in front of me, and many girls in my area completely lost it. They were full of tears and did not bother holding back.

There were moments during the show where the crowd was jumping and dancing, but there were also moments where we just kept quiet and listened to him talk, or where we got to sing along with him during his more meaningful songs, which was such an incredible thing to be a part of.

I can easily say that this concert was absolutely amazing, and a dream come true for me. It was worth every penny I spent and I’m extremely grateful I got to be so close to him. He never fails to amaze me and I would love to see him again soon at another one of his shows.