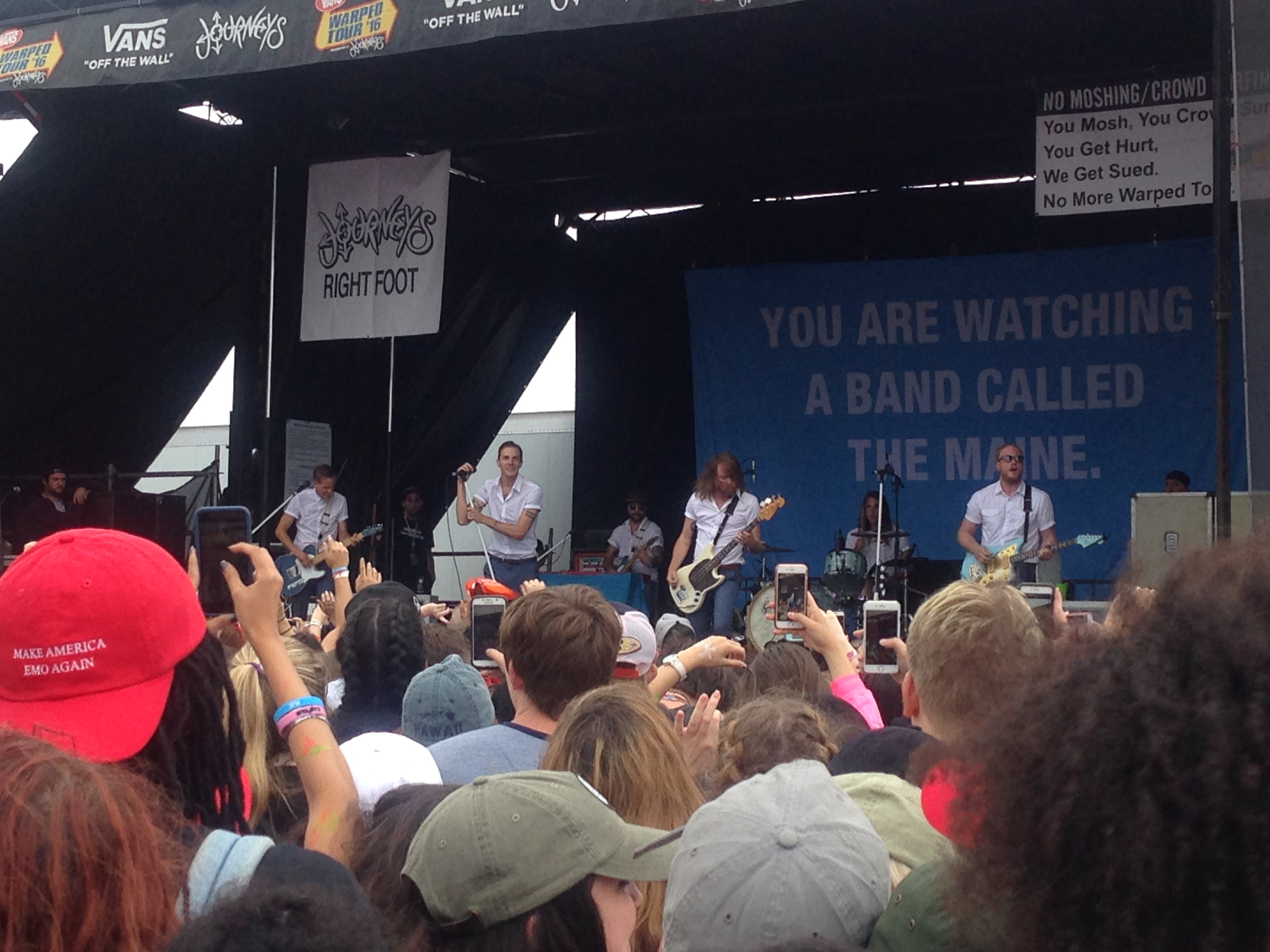 “I couldn’t wait for the summer and the Warped Tour…“

I was in middle school when I first found out about Warped Tour and I thought it was the coolest thing EVER—A music festival with a bunch of stages, a lot of different artists and the summer heat? What else could I ask for?

At that age, I didn’t have anyone to attend those types of concerts with, so I had to wait to go. Summer of 2008, I was 14 years old and finally attending my first Warped Tour. Warped Tour has changed my life for the better. I saw my favorite band, All Time Low, for the first time there and I have seen so many different artists, new and old, because of the touring festival.

I’ve been going to Warped Tour for countless years now, and I attended the Jones Beach stop of the tour on July 9th, 2016, with a very heavily packed schedule. I planned to see so many bands and I also tried to check out a few new ones too! With Warped Tour, the set times change daily and sometimes performances conflict. Luckily, this year the bands I wanted to see did not conflict and I was able to watch one after the other.

My day kicked off with Four Year Strong and went straight through the end with The Story So Far. I saw so many bands that I’ve liked since I was little, like Sum 41, New Found Glory, and We The Kings. I also saw a lot of “recent” bands that I like also!

My favorite set of the day was State Champs. They’re a band from Albany and this was their “hometown” show, as Jones Beach is the closest venue to their home. I’ve been seeing them for about four or five years now, playing in small 100-200 capacity venues, but to see them play the main stage of a festival this year was just amazing!

Warped Tour isn’t what it seems from the outside. A lot of people think it’s a festival where there are only mosh pits and pop punk and hardcore bands, but it’s much more than that. My first year at Warped I saw Katy Perry perform right before she broke out into the mainstream world and became a huge pop star. Bebe Rexha was on the tour last summer. Eminem was on the tour in the ’90s. My advice is to always pay attention to the lineup, have fun, and find new artists because this is certainly the place to do it!