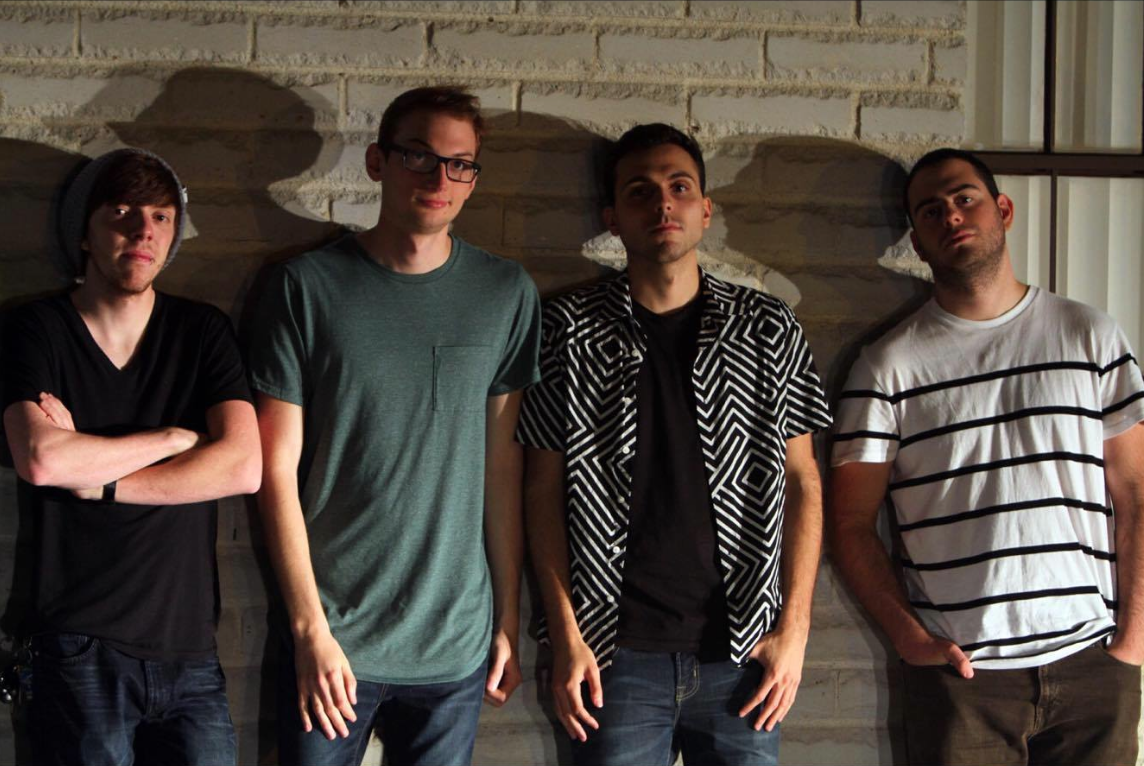 Young Harbor, an alternative rock band from Long Island, formed at Five Towns College while pursuing their degrees in music and film. The band is made up of Guy Amir (vocals/guitar), Brandon Malave (guitar/backup vocals), Adam Troselj (bass), and Johnny Pots (drums). After four years of going to school together, Brandon and Guy began recording a new album, which Guy wrote and Brandon produced. It was then that they realized they did not want the album to be a solo project so they asked Adam and Johnny to join them in what is now Young Harbor. We spoke to the band about everything from their writing process and their performances, to what we can expect from them in the future.

At what point in your lives did you know that you wanted to pursue music?

Guy: I’d say when I got my first guitar at the age of 13 I knew I wanted to play music for the rest of my life.

Brandon: I got my first guitar when I was seven but I really didn’t play until I was 13, and then I realized how much I love it!

Adam: I started playing guitar when I was 15 and that led me to bass, and then I realized that music was a huge part of my life.

Johnny: I started playing guitar at 11 years old when I saw Drake from Drake and Josh play. I was 13 when I started to play the drums and that’s when I was pretty much hooked on playing music.

How do all of your unique talents come together to create your bands sound?

Well, being that three of us studied music in college, it definitely helps! We all grew up listening to the same type of music like Weezer, Nirvana, The Used, and Foo Fighters. Listening to all of those bands really molded our playing personalities so when we all finally worked together and combined our knowledge and music taste we got our sound. Also, we are all well versed in different styles and that helps a lot! Brandon and Guy love playing jazz and blues, Johnny loves progressive music, and Adam is really into all types of rock. Plus, we all play guitar so that helps a lot with the songwriting process!

If you had to choose a couple of artists that inspire your current sound, who would they be?

If you had to choose a current band that you would like to model yours after in terms of their success and rise to fame, which band would it be?

Definitely The Strokes! They never lost their musical identity during the process of becoming the well-known band they are today.

What are all of your favorite songs at the moment?

Brandon: ‘Everybody Wants to Rule the World,’ by Tears for Fears.

Guy: ‘Come Join the Murder,’ by The White Buffalo.

From where do you draw inspiration when writing a song?

We definitely feed off each other’s energy and keep an open mind with every idea so that we can create the best version of the song we are writing. Anything that we deal with internally also inspires us a lot!

What is your favorite part of the songwriting process?

Hearing the song come together better than we expected is always amazing, and it always surprises us and makes us want to write more.

Where do you wish to be in five years from now?

In five years we definitely want to be touring heavily, and be signed to an indie label…and we also want to play on The Tonight Show with Jimmy Fallon!

What can we expect from you in terms of future releases, songs, EP’s, albums, live performances, etc.?

Our new album, ‘Better Off Alone,’ is actually coming out on July 22nd. We also have a bunch of shows coming up. On July 22nd we are playing at Goldsounds in Brooklyn, and on August 20th we are opening up for a pretty well known band called Eve to Adam at Blackthorn 51 in Queens. We’re also already starting to write our EP, which will be an awesome experience since it’s the first time all four of us are writing an album together!

Also, if you go to their record release show on July 22nd at Goldsounds in Brooklyn, you will be able to get a physical copy of their album and a Young Harbor shirt!