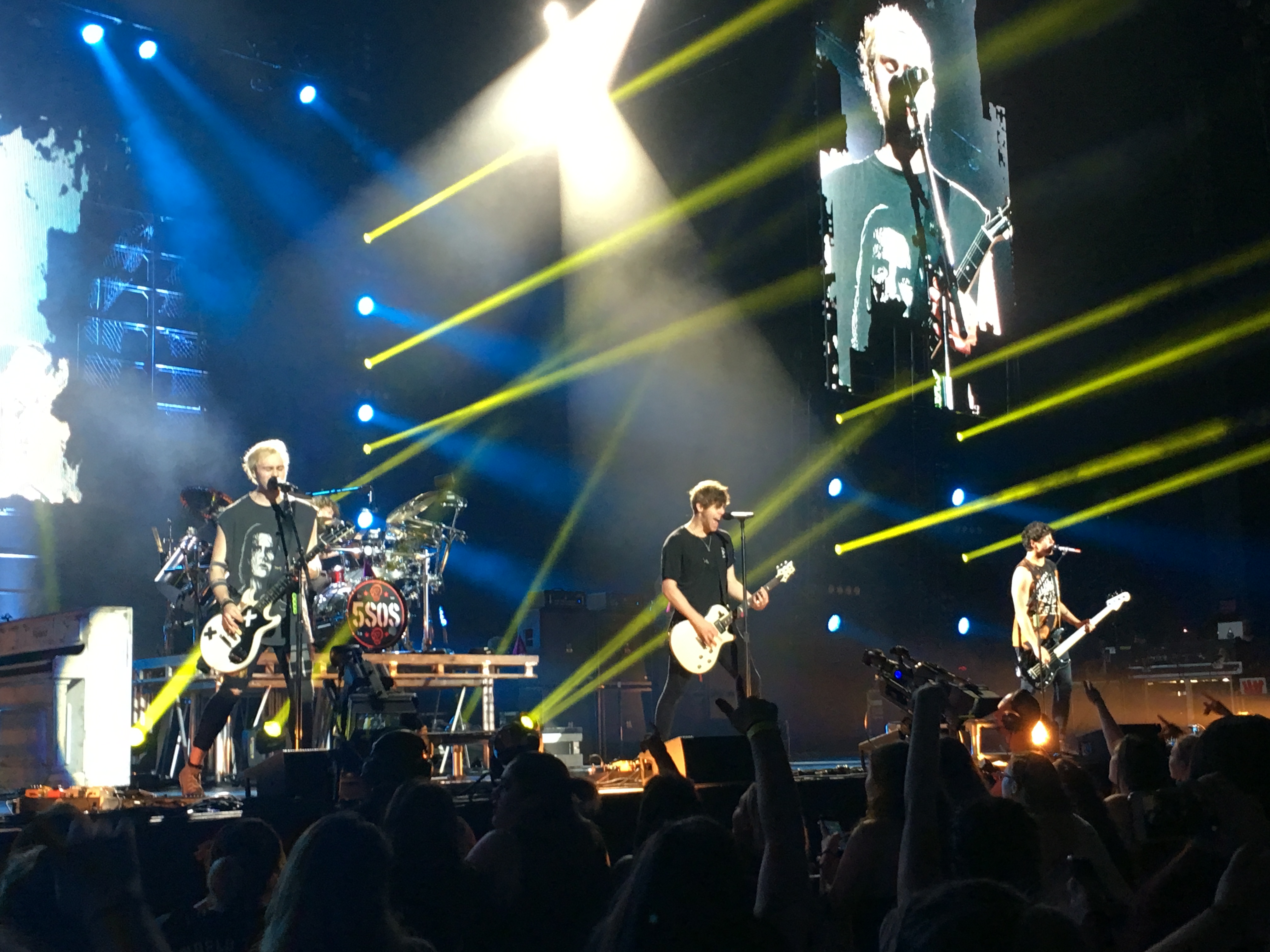 For any artist, headlining Madison Square Garden for the first time is iconic, and 5 Seconds of Summer‘s sold out gig at the world’s most famous arena on Friday night was nothing short of just that. As the lights went down at the beginning of the show, the crowd went absolutely insane. I’ve been to my fair share of concerts (almost 200 to be exact), and I have never heard such deafening screams. From that moment, I knew the energy was electric and it was going to be an incredible show.

The set started off slow with ‘Carry On’ before picking up the pace with songs like ‘Hey Everybody,’ and ‘Money.’ It was obvious that Luke, Michael, Calum and Ashton were nervous at first (they were even vocal about it), but they quickly became more comfortable. Their set had both up-tempo and down-tempo songs, from ‘Vapor’ and ‘Amnesia,’ to ‘End Up Here’ and ‘Good Girls.’ There was also a good mix of songs from their first, self-titled album, and their sophomore album Sounds Good Feels Good.

Near the end of their set, Luke walked over to the piano and sat down to play. It took a few seconds before the arena erupted after realizing 5SOS was playing their brand new single ‘Girls Talk Boys’ for the first time ever. It was amazing to see the crowd so into a song that had just been released less than 24-hours prior.

Overall, it was a phenomenal concert. 5SOS always puts on great, energetic shows and MSG was no exception. I know it’s a show that the band and their fans will never forget.