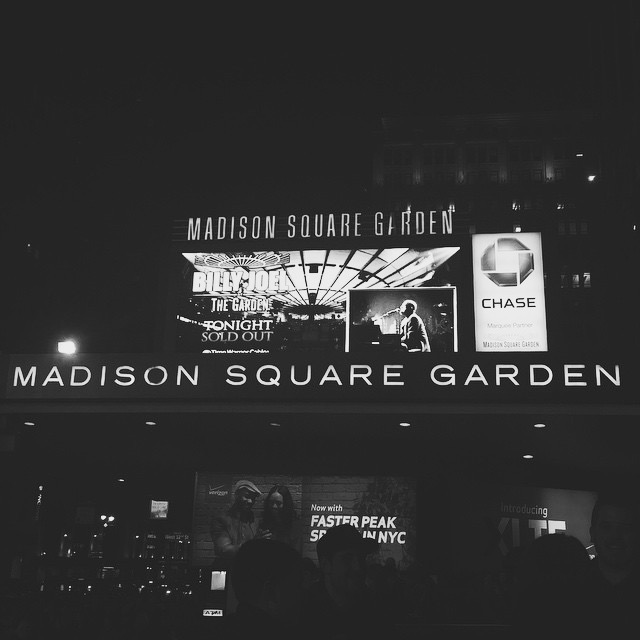 When I found out that my family would be coming in from out of town during the week of July 18th, my brain instantly began planning. The date sounded too familiar, like I’d already made plans, but I couldn’t remember what they were until suddenly it hit me. I texted my cousin immediately, explaining that the Justin Bieber concert would be happening on their first night in the city and that I’ve had plans to attend the show with friends for months. I felt terrible, but knew exactly how to fix it.

“Do you want to come see Justin Bieber on Monday night with me and a few friends?” I asked. She loves Justin and I knew she would definitely want to come along. After she excitedly told me that she 100%, without a doubt wanted to see the concert, she asked me just one question, “where is the show?” Then, I said those three magic words: “Madison Square Garden.”

When you make your way to The Garden, you’re bombarded with signs that say, “The world’s most famous arena,” but if you’re from New York you hardly ever think of how iconic the venue truly is. It’s only when you mention it to someone from out of town and hear them gasp with excitement over the idea going to MSG for the first time that you’re reminded—Madison Square Garden represents the pinnacle of success for musicians all over the world.

Just last week, a little band called 5 Seconds of Summer headlined a sold-out Madison Square Garden for the first time ever. Fans at the show said that the band members would just stare out into the crowd of 18,200 people for several minutes in absolute awe that their success got them there, and some of the guys even cried. For them, it’s not just another music venue. To them, it’s continuing a legacy of legendary musicians who have sold out the place before them, from Michael Jackson to Madonna, Prince to Bon Jovi, Britney Spears to Taylor Swift, and so many more.

Although the arena is bigger than most others, there’s no way to describe what really makes Madison Square Garden so unique. In general, it looks the same and is laid out like so many other venues, but it just feels better. The magic of The Garden overcomes you when you step inside, and you’re overwhelmed with the knowledge that the artist you have come to see has officially made it.