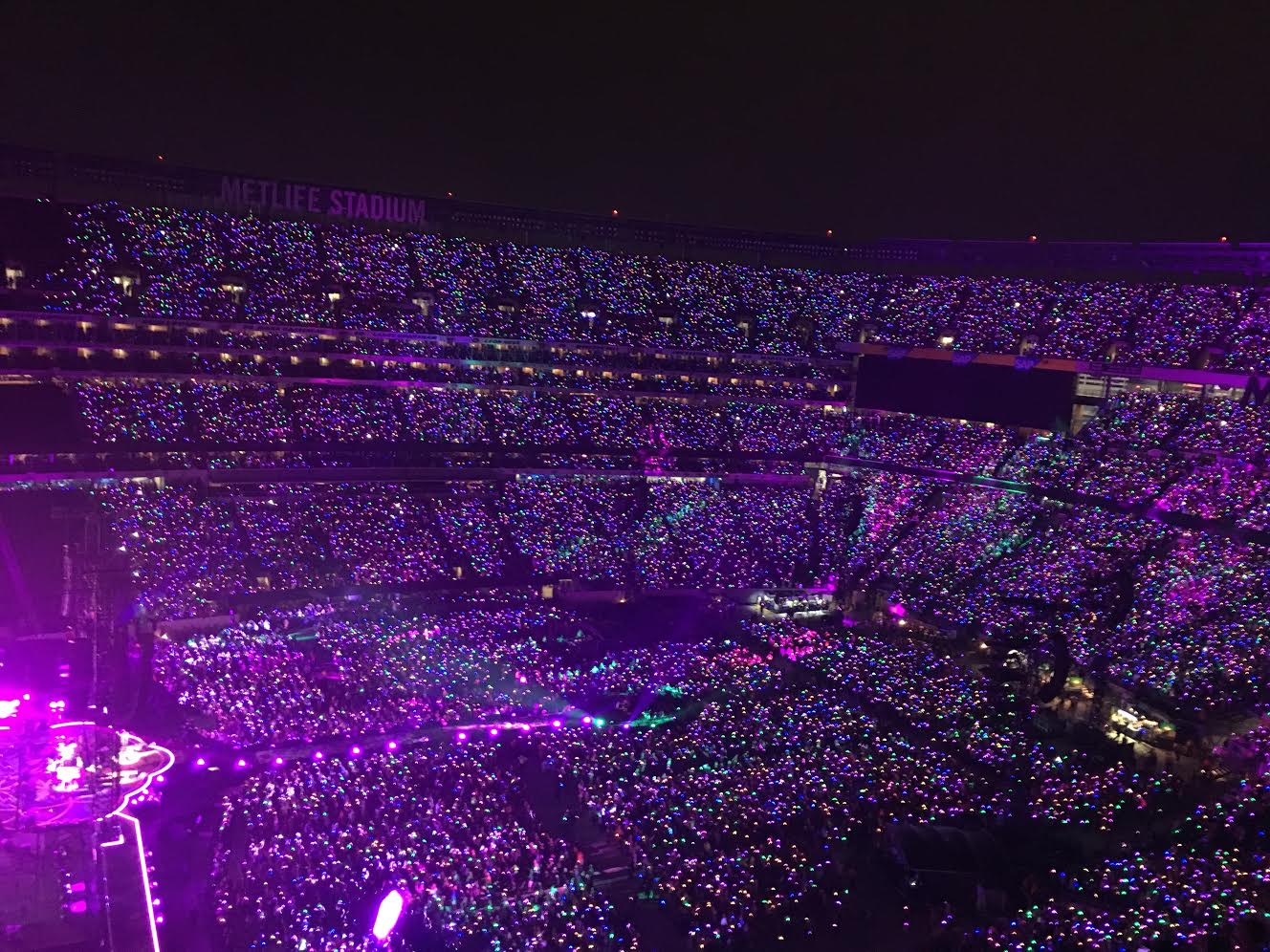 How exactly do you pinpoint the reason why Coldplay concerts are so magical? I spent some time thinking about this and I think it’s because of a fair combination of the music and the visual effects.

Coldplay brought their magic to New Jersey this past weekend, playing two sold-out shows at MetLife Stadium. I usually like to be as close to the front as possible for concerts, but I thought this one would be fascinating to watch from up above. And boy, am I glad I made that decision!

At their concerts, Coldplay has been using this new wristband technology, in which light-up wristbands are programmed to synchronize with the music. I’ve loved seeing this technology blow up in the last year because I think it adds so much unity to the concert experience. Seeing a stadium full of 80,000 people all light up in one color is a sight that no picture will ever be able to capture, and getting to see it from a bird’s eye view in the 300’s section was extremely touching.

Let’s talk about the music! It was very impressive to hear Coldplay play for two hours. Nowadays, I haven’t been finding it so common that bands play for more than an hour and a half. Thank you Coldplay for pulling through with a long set! They played songs from their newest album, ‘A Head Full of Dreams,’ as well as some of their biggest hits, and even some oldies like ‘In My Place,’ and ‘God Put a Smile Upon Your Face.’

Going back to the magical aspect of the show, the combination of the music and the visuals, I would to point out a specific performance, and that is ‘Yellow,’ of course. In itself, the song is very touching, but then on top of hearing that song live, imagine seeing 80,000 people light up yellow! Let’s just say I cried like a baby (to put it lightly). That song inspires so many people, and the visuals that go along with it really enhance emotions. I think it’s because these lights create a sense of unity. You know you’re in a stadium full of thousands of people, but you’re even more aware of that fact when everyone is lighting up in beautiful colors. It’s extremely rewarding to know you’re in a place where the same songs that inspire you also inspire others. For that, all I can say is thank you, thank you, THANK YOU, Coldplay!