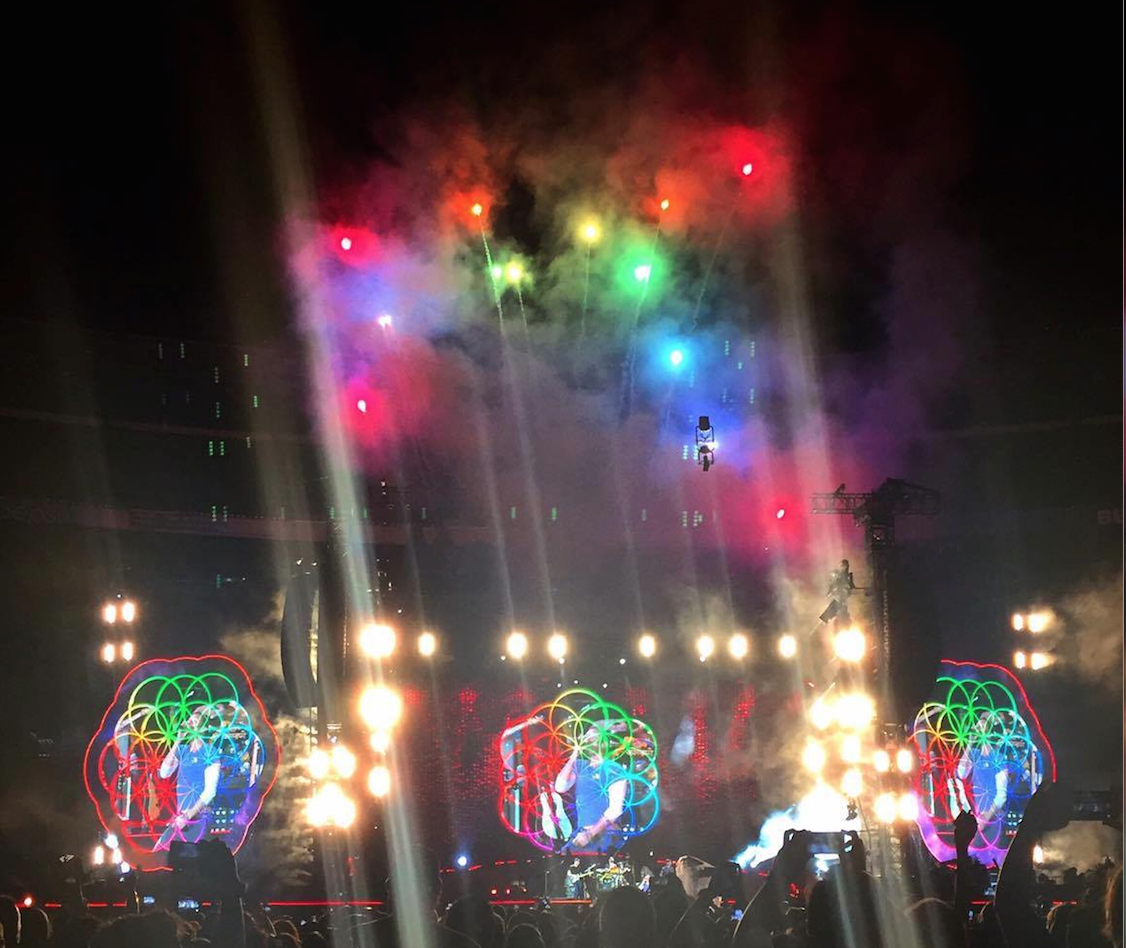 It’s been a few days since MetLife Stadium exploded with color, sound, and dreams. My lack of sleep, the confetti in my bag (and now in various areas of my home), and my post-concert high confirm that this past weekend was actually a dream come true—and not another Coldplay dream. But really, this past weekend spent at MetLife stadium is one that I will never forget for the rest of my life. Spending the weekend with your favorite band and listening to all of your favorite songs live will make sure of that.

In May of 2015, I was getting ready to graduate from college, and aside from getting my diploma and finding the perfect caption for my college graduation insta, I had another thing on my mind. Instead of some materialistic graduation gift like a watch or another expensive piece of jewelry (that realistically I would have probably lost), I asked my mom for concert tickets. More specifically I said to my mom: “the next time Coldplay goes on tour I want to be there.” At this point in time, I had no idea when Coldplay would be going on tour again. It could have been another year or so for all I knew. The one thing I did know was that this would be a gift like no other, and it would be something way more special and more meaningful than any watch or bracelet would be. Yes, of course I would have been so appreciative of the beautiful gift and would’ve been extremely grateful, but neither of those items would’ve made me cry the happiest tears I’ve ever experienced. Neither of those things would have made me hold my face to stop the tears, or grab at my chest for a deep breath the way I did when the stadium lights went down and the intro sounds of ‘A Head Full of Dreams’ began to play.

For me, watching Coldplay perform is like witnessing one of the Seven Wonders of the World in person (Side note—I’ve never actually seen any of the seven wonders, so I’m not 100% certain what kind of emotions that brings, but I’m pretty sure they’re in the same range of emotions that I feel at a Coldplay show). The energy that Guy, Will, Jonny, and Chris Martin all bring to a show is something that feels straight out of a dream. There are limited words to express what it feels like to attend a Coldplay show. My mom accompanied me to the first night of the Jersey shows (which was also the first night of the US tour) and this was her first time seeing them. When her friends asked her the following day how it was and what it was like, her response was: “It was like being at Disney World.” It was such an accurate representation of what the show really was like. From the fireworks that kicked off the night, to the vibrant light shows on stage and on the wrists of fans, the concert aligned with a night spent at Disney World almost exactly! (Allow the photos explain my meaning of “vibrant light shows on the wrists of fans”).

The visual effects and bursts of beautifully shaped confetti that rained down from the sky was really just the added bonus to the whole evening. The entire reason I attended and ever attend any kind of concert is for the music. It’s always all about the music and Coldplay’s by far is the most magical. Everyone knows the classics, whether you remember hearing ‘Fix You’ in an episode of The O.C. back in middle school, or had ‘Yellow’ or ‘The Scientist’ on an emotional “depressing music playlist” that you also made back in your middle school days. The point is, everyone knows the Coldplay classics. Rest assured that the boy band of four covered EVERYTHING. From their first album Parachutes to their latest 2015 album, A Head Full of Dreams, all of your favorites were well represented and echoed back to the band by thousands of dedicated fans of all ages. One of the greatest things about going to these shows this past weekend was witnessing all of the different age groups that the music brought in. You had families who were there with kids that knew the new songs like ‘Hymn For The Weekend’ from the radio, and parents who went to listen to their favorite tracks from ‘A Rush of Blood To The Head’ or ‘X & Y.’ These shows were perfect examples of the saying “music brings the people together,” because it really did, and with Coldplay it always does.

I don’t want to get too far into the specifics of this weekends performances because I hope that you (you internet readers, whoever you are) decide to check out the A Head Full of Dreams Tour for yourself and get to experience just a part of this magical and borderline unreal experience. Seriously, do yourself a favor and get a ticket for the next stop on the tour that’s in or near your city, or just do a quick Google search and see for yourself how amazing of a performance Coldplay puts on.

As sad as I am to have one of the best weekends of my life come to an end, I know that I will carry this weekends sounds and memories with me for years to come (I know that sounds cliché, but I’m pretty serious about it). I’m so grateful to have had my mom help me in making dreams come true this weekend, and for allowing this story of mine to take place. It also goes without saying that I am beyond thankful for Coldplay and their beautiful gift of music that they have given to me as well as millions of others for the past 10+ years. Thank you for all of the magic that you’ve created.

“And if you were to ask me, after all that we’ve been through, still believe in magic, oh yes I do.” – Magic, Coldplay