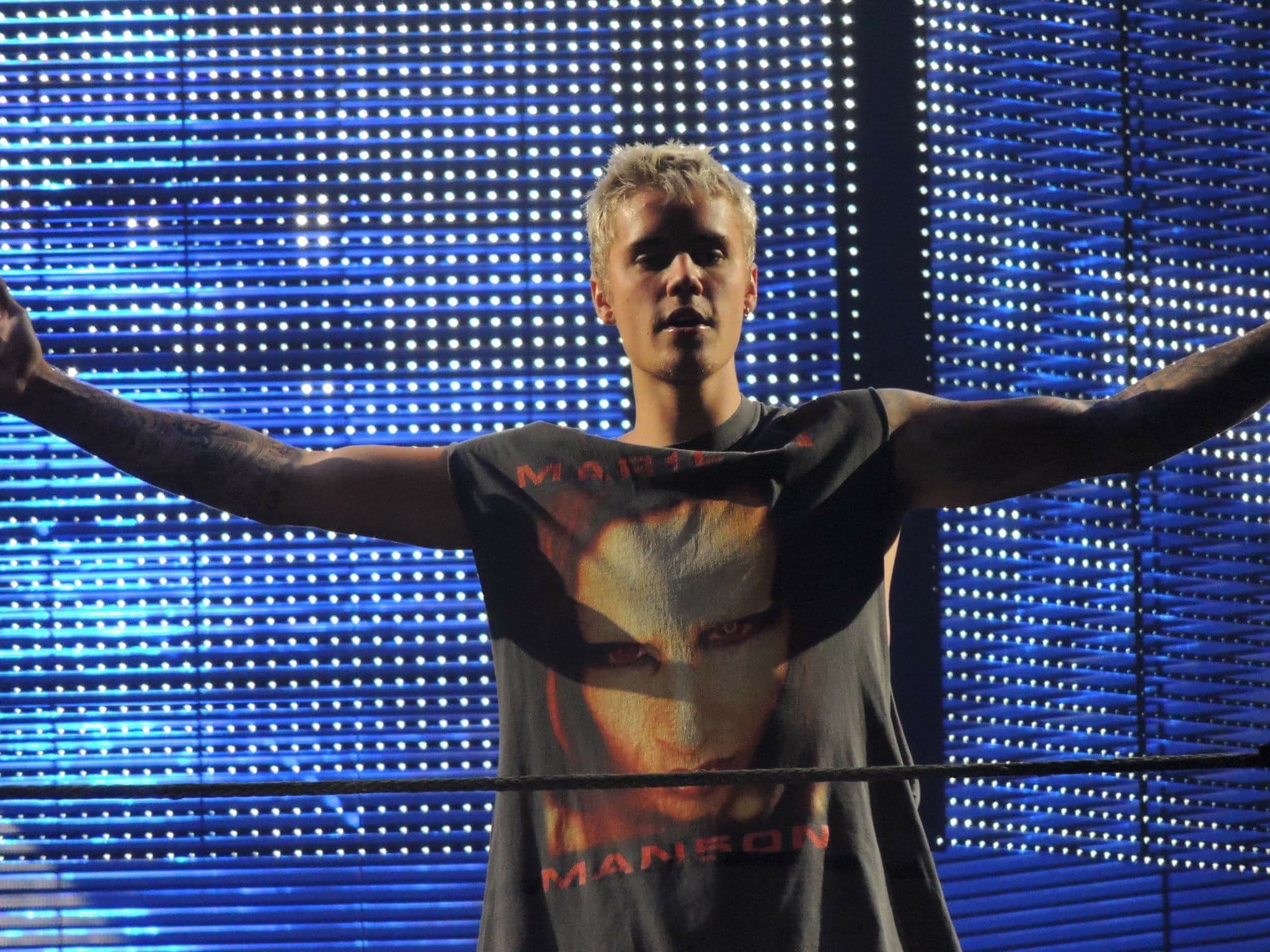 Upon walking into the arena at Justin Bieber’s Purpose Tour you’re instantly reminded of what it was like three years ago at his last tour. Within seconds your ears are flooded with the high-pitched screams of girls who are just a little bit older than last time, but no less in love with the Canadian boy they’ve been supporting since they first heard ‘One Time’ on the radio back in 2009. Somehow, despite all of the negative media attention he’s gotten and his somewhat tarnished reputation, the fans that have been there from the beginning of his career still remain completely enamored by the pop star, and came to Madison Square Garden on July 18th and 19th ready to dance to his latest hits.

At the beginning of the show, Justin emerged from underneath the stage in a transparent box as he sang the opening track on Purpose, ‘Mark My Words.’ While he sang, he penned sweet messages to his fans on the glass, from little drawings of hearts, to “I love you.” Justin continued with songs from his latest release, each with their own unique effects. During ‘I’ll Show You,’ Justin went inside what looked like some sort of cage as lights swirled all around him. He included some of my personal favorite songs into the set list, ‘The Feeling,’ and ‘Been You.’ For ‘Company,’ Justin jumped around on a huge trampoline above the audience, which was something I’ve never seen at a concert before. The trampoline brought him a little closer to the back of the arena so some fans in the back could get a better view.

For me personally, I was mostly excited when Justin played songs from his earlier albums, such as ‘Boyfriend,’ and ‘As Long As You Love Me.’ The crowd went absolutely insane when he threw it back to ‘Baby,’ and the entire arena sang passionately along in unison. Bieber closed the show with his biggest radio hits off of his most recent record, ‘What Do You Mean,’ and ‘Sorry.’

Overall, the show guarantees a really fun night, but if you went to the show expecting to see a really passionate entertainer singing live, you would’ve been disappointed. For much of the show, Justin does some (bad) lip-syncing, but it didn’t seem to deter the audience of over 18,000 fans from dancing, jumping, and singing along. I suppose that just means one thing—there still is no known cure for Bieber Fever!