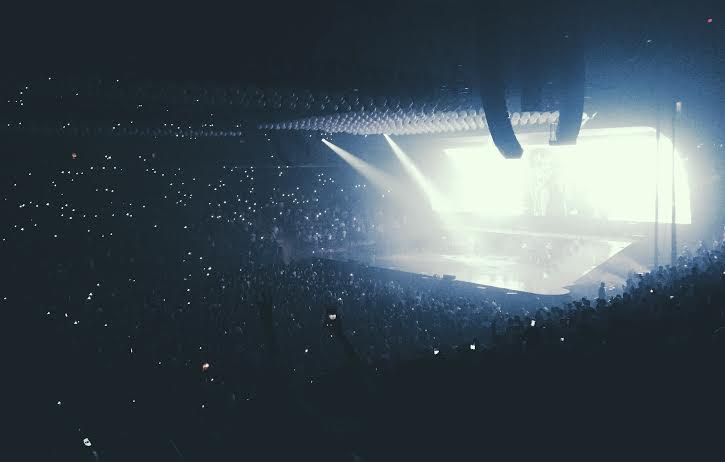 Although my ties to music are deeply rooted and formed by early to mid 2000’s pop-punk, there’s always been one artist who has managed to make me break that mold-an artist whose music is associated with every good, bad, and reckless decision I’ve ever made as a “young adult”. His name is Drake, and some may say my love for him is a bit out of character.

When I found out that Drake would be touring this summer, elated doesn’t even begin to describe my emotion. My happiness over the news of this tour was slowly washed away by disappointment when I realized he sold out Madison Square Garden four times over and I couldn’t get my hands on a single ticket.

While most people check their email as soon as they get into the office, my first mission everyday this summer was checking StubHub, lurking to see if the ticket prices could reasonably fit my budget as broke college intern. No such luck.

The day came of Drake’s first sold out show; my co workers could feel my sadness and see in my eyes that these prices were just still too high. With an hour left of my dreaded nine-to-five day, I received a phone call from someone who is almost as big of a Drake fan as I am…almost. Before even answering the phone I screamed “OMG GUYS” to all my co-workers, with the biggest smile on my face. I knew what this call was about and I couldn’t have been more thrilled.

My friend, in a panic, told me how he managed to find two tickets in the lower bowl section that were under $250. Without even thinking I said yes. I didn’t think about my bills, or the car I am saving for, I just said yes. And just like that it was done!

I scurried to the cabinet where I secretly hid a change of “non office appropriate” clothes and shoes to change into. I was praying that morning that some miracle would happen which would require me to change from college intern, into Drake ticket holder. My miracle came, and my co-workers were shocked and impressed that I got this lucky.

I anxiously rushed out of my office and made my way to MSG, where the hype around this show could be felt through out the entire venue. We patiently awaited for the man of the evening to come onstage, when suddenly the lights dimmed, the screen flickered, and the crowd roared.

Appropriately opening up with ‘Summer Sixteen’, I knew the night would be one for the books. Between debuting his latest album ‘Views’, and managing to remix his expansive list of hit singles and songs, the crowd was loving every second of it. The lights dangling above the crowd even managed to form a 6 at one point, as the 6 God is always watching.

Though the stage managers were insisting he finish up his set, Drake wanted to ensure that New York got the best show of their lives, and we did as he kept going, and going, and going with more songs. Two hours of pure energy went by, and no one was ready to stop. The crowd was put to rest by ‘Legend’, which was a title Drake owned after his performance.

There is no doubt that this Toronto rapper has the biggest hold on this generation, with no one even close to stopping him, and I’m so glad I was lucky enough to see him live!