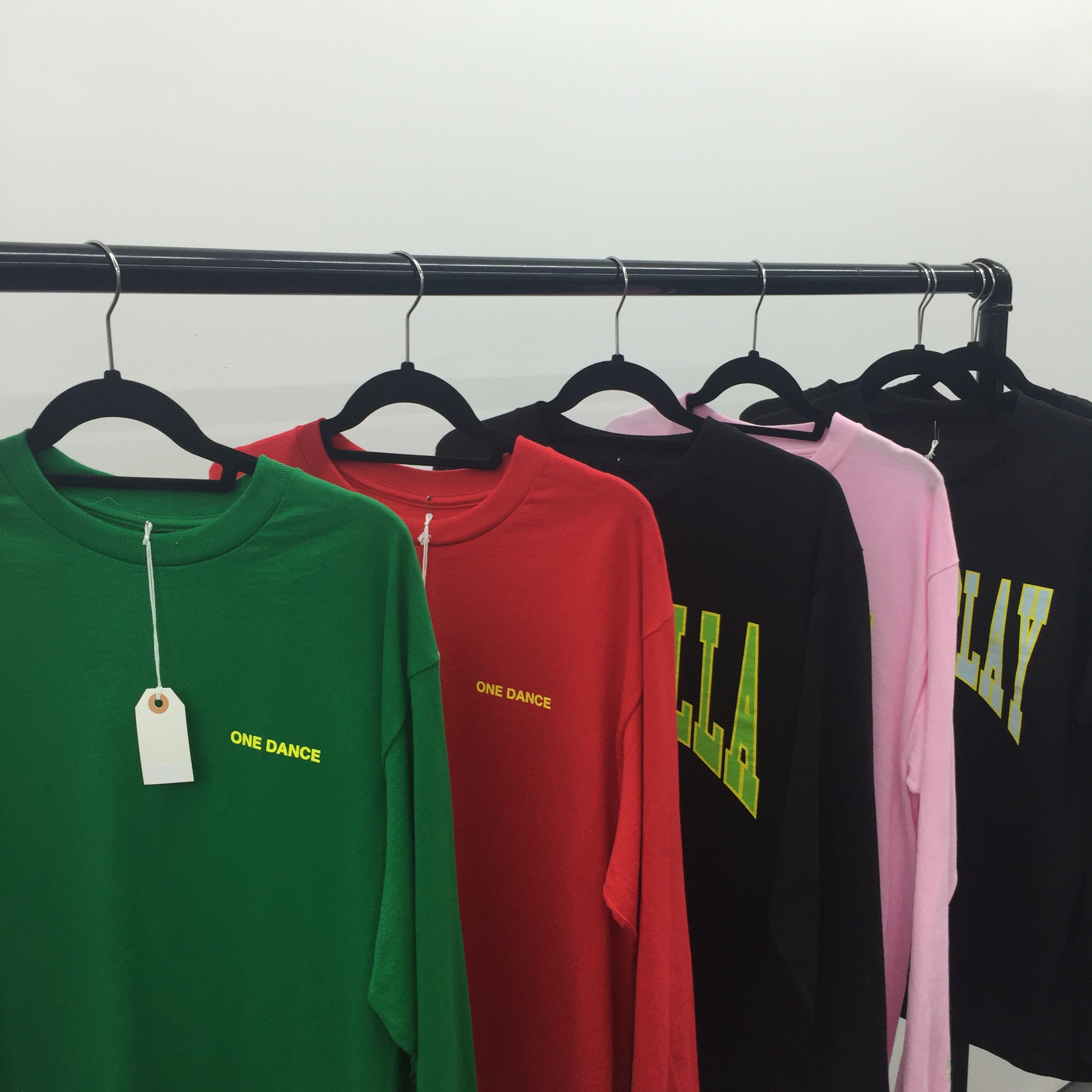 Drake and Future’s Summer Sixteen Tour hit Madison Square Garden this past weekend. While the shows were part of some of most anticipated concerts in New York this summer, Drake also had fans anticipating for his Summer Sixteen pop-up shop in Soho, New York. This allowed fans to stock up on cool merch from August 4th through August 7th to coincide with his shows. Future, his tour mate, also held his own pop-up shop experience for his #FutureHive.

Drake and Future’s pop-up shops follow their counterparts, Kanye West and Justin Bieber, who have also designated pop-up shops to align with their tours and album releases.

So what exactly makes tour merch so captivating?

Kanye West was the first artist to incite the pop-up shop trend. All it took was one tweet from the rapper and then he had hundreds of fans waiting outside on the street for hours. No one knew what kind of merch was going to be on the shelves or the price point.

The Life of Pablo pop-up shop featured shirts that said “I Feel Like Pablo.” It was a chance to emulate the music and fashion mogul himself. Pablo’s pop-up shop had allegedly sold $1 million worth of clothing, as West proclaimed to his followers on Twitter.

Not only used as a form of promotion for their work, pop-up shops have become an opportunity for artists to capitalize off of their limited edition trend gear.

As for the fans, pop-up shops have become an experience in itself. It’s a chance for them to get their hands on limited edition and exclusive gear. Justin Bieber’s collaboration with V Files contained shirts that said ‘BROOKLYN,’ which coincided with his Barclays Center concerts on May 4th through May 5th. When the concert is over, T-shirts, hoodies, and hats become the last tangible thing that fans have to remind them of the show. Even if you didn’t get a chance to attend his concerts, you can still be a part of the tour experience if you got your hands on some of that exclusive merch.

Tour merch has become a burgeoning business and there is no doubt we can expect to see more pop-up shops held by different artists in different cities in the near future. Although Drake, Bieber, and Kanye have left the city, their tour merch will continue to be worn by fans long after their shows.