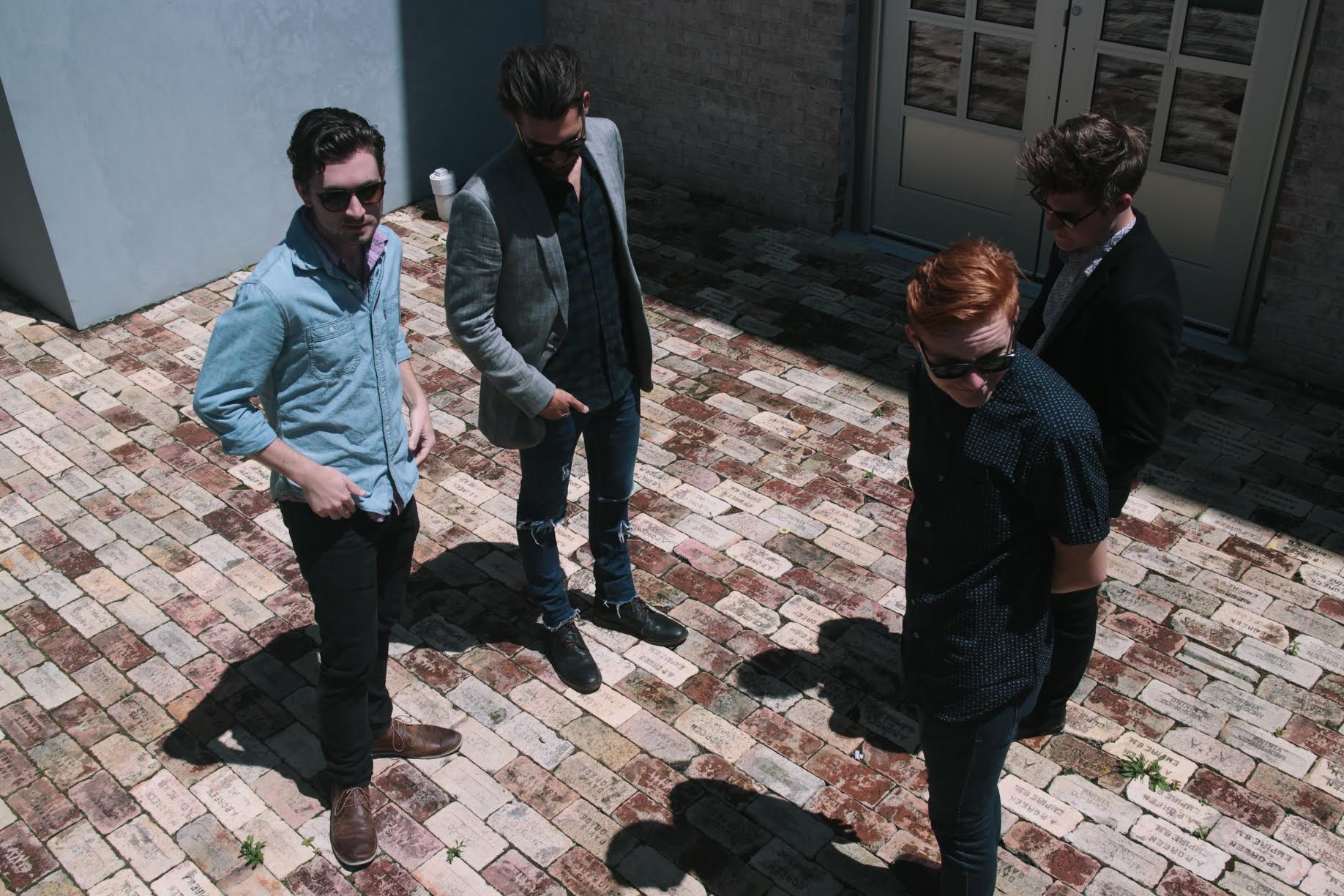 Nearing 80,000 streams on Spotify for their song ‘Denim’, Brave Town is an up and coming alternative rock band based in Nashville, TN. The four members are Jay Ragsdale (vocals), Michael Kelley (lead guitar), Lucas Morton (bass), and Dan Crotts (drums). When Michael and Jay met during their freshman year at Belmont University, they started writing songs together and knew something great could come about. Dan moved to Nashville and then started drumming for the band. It wasn’t until a couple years later the band was complete with Lucas on bass. Brave Town aims to keep releasing meaningful music that will impact their fans.

Where did you all meet each other, and what made you decide to pursue music together as a band?

Jay: Michael and I met each other on orientation day at Belmont before the school year started. We were both each other’s first friends at Belmont, which is pretty cool. During the second semester of that year, Michael and I started jamming and put our first song together. Dan was good friends with my cousin down in Florida and was moving up to Nashville to play music earlier that year. My cousin told him to reach out to me, so we had already connected, but it wasn’t until after Michael and I wrote our first song that he reached out and asked if we needed a drummer, which we did. We quickly formed a three piece and over the next couple of years we went through a slew of different bass players until we asked Lucas to play bass for us at The Rites of Spring Festival here in Nashville. From the first practice we knew that he was the perfect fit and he has been with us for the past two years. The motivation for the music started out as Michael and I simply enjoying the music we made together. Since then we’ve experienced a lot of really great support and played some really great shows, but I’d say it still comes back to the incredible community and friendship we’ve developed within the band. We all love the music we make together and value each other’s impacts on our lives. Personally, I don’t know that I could have one without the other.

Michael: Making music with our best friends is an absolute dream, so when we discovered that the four of us could make something really special, we committed ourselves to that and we’ve been at it for about four years now.

Your band is based in Nashville. What is it like being a band in a city that is so centered on music, and how has this city influenced your sound?

Well, there are so many fantastic artists here, so it kind of feels like being thrown into the fire! It’s really difficult on one hand because you witness people around you excelling at what they’re doing, getting great gigs, and having so much success. However, it’s also motivating because you feel the pressure to keep up. Nashville is empowering too, because there are so many great communities here that are committed to making and supporting art.

In your free time, where are some of your favorite spots to go in Nashville?

Jay: Hattie B’s Hot Chicken, for sure. I pretty much demand a band trip there once a month. Now that I’m thinking about it, we’re due for another visit

Dan: I enjoy spending isolated prayer time at the local Chick-Fil-A and occasionally getting gritty at Burger Up.

If you could play at any venue in any city, which venue would it be?

Jay: The Ryman. It’s got an incredible sound, a great history, and it’s definitely a well-respected venue on the national scale. We recently got to play Marathon Music Works, which was also something I’ve wanted to check off my list for a while.

Dan: The Ryman and Ascend Amphitheater would be dope.

What is your favorite song to perform in front of a crowd?

Jay: For me, it’s been the song that we’ve been closing with for a while now. It’s called ‘Things Ain’t Right’, and something about the groove just really allows me to open up and release a lot of energy on stage. People usually seem to dig it as well, which always helps!

Who are your musical inspirations?

Michael: Some essential bands for all of us are Coldplay, Mutemath, and Radiohead. All of those bands have brought something really special to the world through their music and have done it exceptionally well. Those bands sort of broadly fit into the alt rock category, but we are influenced by bands from so many genres, from Michael Jackson to Creedence Clearwater Revival, and lots in between!

Jay: Personally, I love Brandon Flowers of the Killers. I love his look and his vocal style and just how cool he is on stage. Let’s be honest, I have a total man crush on Brandon Flowers. Chris Martin is totally up there and I’d be lying to myself if I didn’t say Bono. All are incredible front men in their own way.

What can fans expect from your new music?

Michael: The new stuff definitely feels more dance-y in a pop sort of way, which we are super excited about! We are all listening to music in that realm, new bands like The 1975, Leagues, as well as old favorites like Tears for Fears who are definitely alt rock bands but they focus on groove and hooky melodies.

How does it feel to know that you have over 50,000 views on your Coldplay cover?

Dan: Well it would be embarrassing to tell you how many times we have woken up and checked the view count on YouTube! It really feels great and we are just honored that so many people have enjoyed our rendition of a song from one of our favorite bands. We are still hoping that Coldplay will retweet it! Where you at, Chris Martin?

Where do you see your band in five years from now?

Michael: There are so many great musicians in Nashville that we look up to, even some bands that we have been excited about since we were in high school and I think it would be really cool just to feel invested in those groups. We would love to have a full album under our belts by then, which is something that we have dreamed about individually since we started picking up instruments. It would also be nice to hit the road at some point in the future just to travel and get our music out to the country!

What can we expect from you, in terms of future releases, songs, EP’s, albums, live performances, tours etc.?

You can expect much more content from us, like singles, videos, and other media, but on a more consistent basis. The motivation behind that is a desire to connect with people who enjoy our music. Also, we feel like we have really crafted a great live show! We just played the biggest show of our career at a venue called Marathon Music Works and that inspired us to define our show ethic which is basically rock out as hard as you can and make every effort to connect with the crowd and each other while still hitting the right notes!

Finally, what is it like to be in a band with some of your best friends?

Lucas: When it comes to our band, there is a huge element of camaraderie and friendship. We are all brothers. We love each other, and our music is a testament to that. When you can say that you share the stage with your very best friends, it’s a truly comforting feeling. We know that life can sometimes get incredibly tough for each of us. We’ve experienced challenging times of deep sorrow in the past couple years, and thankfully our brotherhood has remained as a steady support during those times. The songs we sing are reflective of the experiences we’ve faced both together and as individuals. Unfortunately, you see a lot of groups that start strong but tend to fizzle out due to strained relationships within the group. If we could offer any words of encouragement to those who are involved in making music within the context of a band, it’s that your music will only get better when you start to seize the experiences when they happen, begin to mend the broken bones when they’re obvious, and get invested in the lives of your band mates. We’re still learning what that looks like, but we’re also committed to being a better band every time we step in the rehearsal space. If that’s truly our commitment, then we can’t afford to lose the most important element, which is each other.