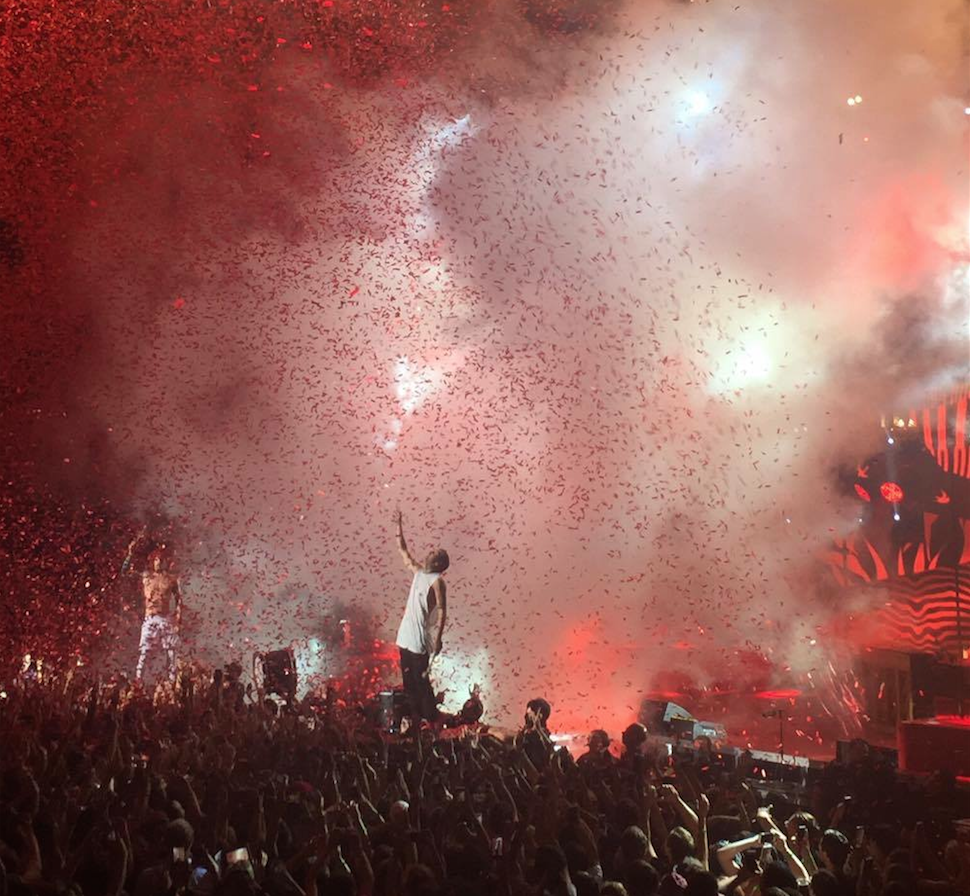 Having attended countless concerts in my life of many different artists, I know that I usually leave a show appreciating the artist way more than I did before I walked into the venue. The same thing happened last week when I saw Twenty One Pilots live for the first time at Madison Square Garden. I only started listening to their music about a year ago, and I really enjoyed their album and listened to it every once in a while for a couple months. I tried to go to their show at Hammerstein Ballroom last September, but it was sold out and tickets on stub hub were ridiculously expensive. I knew I would just have to wait for them to come back to New York City in order to see them live.

Eventually, I found out that Twenty One Pilots would be playing not one, but two nights at Madison Square Garden, so I decided I would go to just one of those shows so I’d be able to see them live at least once. But just a few months ago, my love for the band grew much stronger than it had been in the past. I started listening to their music much more frequently and related to the lyrics so personally.

Once I fell in love with their music on a personal level, I looked them up and started watching interviews to see what they were like. After watching just one interview I couldn’t stop smiling. Tyler and Josh are funny, sarcastic, and loving, and I found myself watching an endless stream of their interviews for the rest of the day.

Before I knew it, it was already the day of the first MSG show. No one I know likes them enough to go see them live and spend money on a ticket, so I went alone. I sat in the 100’s section next to the stage, and I had a perfect view. During the concert, I could not stop singing, smiling, and dancing along with this band that I’d rapidly grown to love. I felt so content and involved, even as a new fan.

When the show was over I was left in complete awe. Twenty One Pilots put on one of the best concerts I have ever seen, and that’s coming from someone who has been to such a wide variety of concerts in her lifetime. It’s all about the music and the love the bandmates have for it, but they were also so interactive with the crowd and it made it such a fun experience! You could tell how much they appreciate the support of their fans, and it was so nice to see that.

After watching the show Tyler and Josh put on, I knew I had to somehow get my hands on a ticket for the following day, also at Madison Square Garden. I looked all day for tickets but there were none available for a reasonable price so I did a Twitter search to see if anyone was selling a ticket. I knew I had to go again, regardless of the fact that I still had no one to go with. Luckily, I found someone selling a ticket in the East GA section on twitter for $40 and immediately bought it. I knew it was going to be a different experience because this time I would be on the floor and probably wouldn’t be able to see anything because I’m not tall. I still purchased the ticket because I figured, why not? At least I’d witness the Emotional Roadshow again!

I was definitely right and I wasn’t able to see anything during the first half of the show, so I just watched what was happening on the screens. However, when they went to the B-stage in the middle of the show, I was front row and it was an amazing experience! For the rest of the show I just danced and had a great time. Tyler and Josh are so different from anyone I’ve ever seen live. It’s truly unexplainable, and you would need to see one of their shows for yourself to understand what I’m trying to say.

Although Twenty One Pilots have been making music and touring for years, I really believe that this is just the beginning for them, and I know that they are going to do so much more. I left MSG on both nights of their shows appreciating them way more than I did before. I am nøw a fan før life, and I’m counting down the days until I get to see them again, can’t wait!