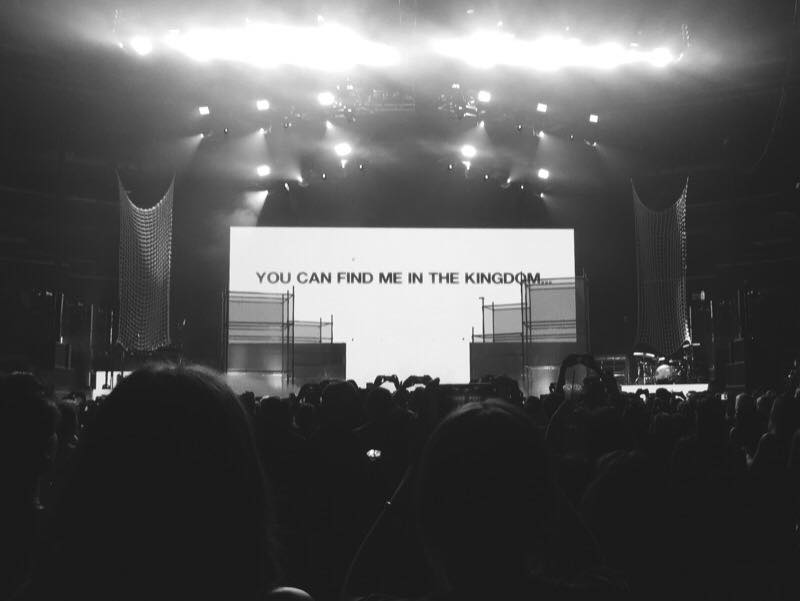 It’s 1 a.m. and I’ve just returned home from Halsey’s final show of the Badlands Tour at Madison Square Garden. As I sit here in my bed, overly tired and almost speechless, I’m trying to think of a way that I can explain what myself and 18,000 others had the privilege of witnessing firsthand tonight, but the most honest (and yes, cliché) way to describe it is that sometimes, when you need it the most, life has a way of making your dreams come true right after, and only right after it’s knocked you on your ass.

Less than a year ago I saw Halsey for the first time when she performed at the Billboard Hot 100 Music Festival at Jones Beach. On this particular weekend in late August of 2015, not many people knew who Halsey even was, and she was given a daytime performance slot usually given to new or lesser-known artists. Fast forward to just two short months later, I found myself flying to Dallas to watch Halsey headline a small music venue with just a few hundred other fans. The next day I would see Halsey play again, but this time in front of thousands of people at the Austin City Limits Music Festival.

Not long after my trip to the ever-popular Texas music festival, I found out that Halsey would be putting tickets on sale for the final installment of her Badlands Tour, and that the tour would end at the iconic Madison Square Garden. I’m not going to lie; I thought she was absolutely insane for doing this. A relatively new artist headlining Madison Square Garden in hopes of selling it out seemed highly unrealistic to me. But tonight, I watched Ashley Frangipane, a once troubled girl from New Jersey, as she played to a sold out MSG and made me believe in a kind of magic that I was never even sure existed.

Halsey, two songs deep into her set, apologized to the audience as she announced that she would have to start from the beginning. After experiencing what she described as “technical difficulties,” she explained that she wanted her first time at MSG to be perfect for both her and her fans. Just like that she hit the rewind button and replayed ‘Gasoline’ and ‘Hold Me Down’ for the second time that night, though no one really seemed to mind. While she’s probably expecting to get heavily bashed on Twitter over the ordeal (because she receives scrutiny for just about everything these days), I personally felt like I understood her in that moment, and appreciated that she thought so highly of the venue that was home to so many iconic moments in music enough to begin again. I mean, how many times does a relatively new artist sell out Madison Square Garden? Halsey put in the work to make it there and she was going to play this show on her terms, even if it meant starting over.

Halsey played most of the songs from her debut album, Badlands, which anyone could’ve anticipated, but what I couldn’t have anticipated was being moved to tears somewhere in the middle of her set. She explained to the audience that just two years prior she was being the irresponsible, reckless, music-loving teenager that she was and snuck a few beers into this very venue to see Ed Sheeran play to a sold out crowd of his own. On her train ride back to Brooklyn from MSG that night, she passed a stop called “Halsey St.” and recognized it as an anagram for her birth name, Ashley. It was on that night that she committed herself to pursuing music as a career, and it was on that night that she started to write songs under the “Halsey” persona. Just two short years later, the Jersey girl who once struggled in many aspects of her life, from her mental health, to homelessness and fighting to find her own identity, played proudly to a packed house at the most iconic arena in the world. I, along with many others in the audience, unsuccessfully fought back tears at her story and the apparent reality that music can lift people up so high to the point of selling out their own show at Madison Square Garden.

The most exciting part of the concert came towards the end when Halsey introduced some special guests, The Chainsmokers. Together they sang their recent release, ‘Closer’, which is arguably the best song on the radio right now. The audience went wild as they performed it for the first time together on such an important night of Halsey’s career—a career that is just beginning.

At the very end of the show, after Halsey walked offstage, a video sequence played on the screen that hinted at her next release. Spelled out neatly in black and white were the words: YOU CAN FIND ME IN THE KINGDOM. And so from Badlands to The Kingdom we go, following Halsey into the next phase of what has already proved to be a very impressive career.