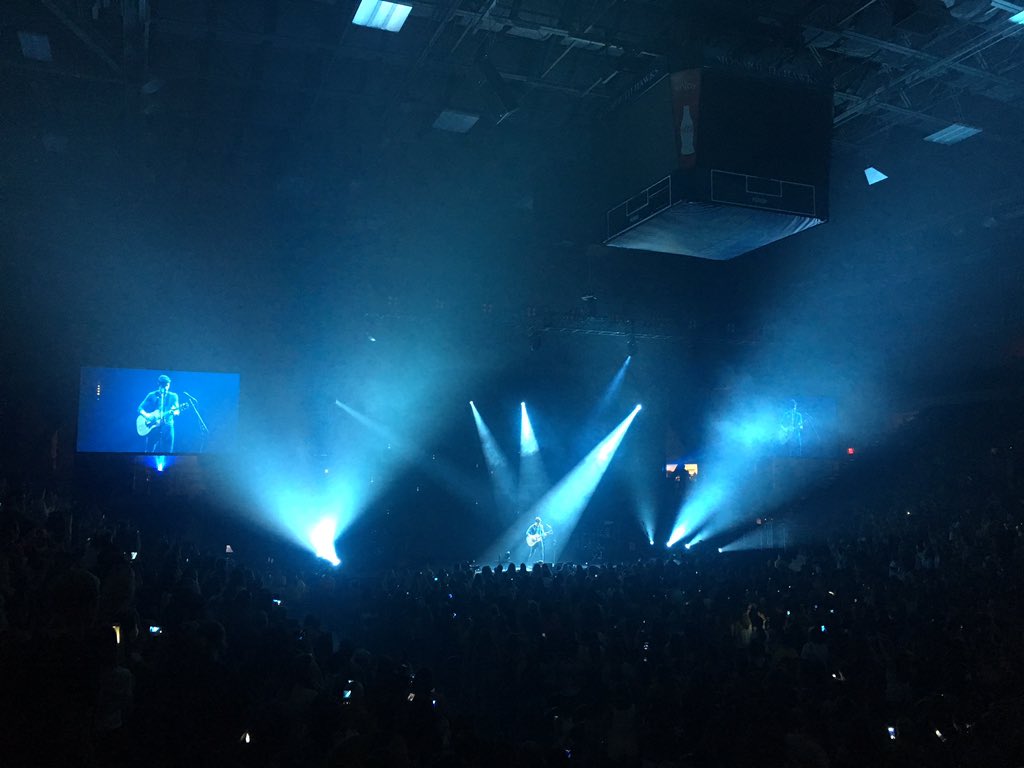 Laying in bed being lazy, I got a notification from Shawn Mendes’ Twitter saying that he would be going on a world tour. I immediately jumped out of bed and started screaming out of pure excitement! When he released the tickets for the New Jersey show, I begged my dad to buy tickets for us. All of the tickets were gone really quickly, but I didn’t give up. I called the box office and I got seats for handicap people since I have a physical disability. When I received my tickets, I cried knowing that I was going to see someone that I watched for many years on the internet perform live in front of thousands of people. Then, finally the day had come. I was going to see one of the most talented artists in the world.

When I sat down in my seat at the venue, I took a deep breath and tried to process the fact that this was my first concert ever! None of it felt real. The concert began with James TW who sang some songs that completely slayed my soul! He sang songs about love and divorce. Personally, I believe that the true artists are the ones who make relatable songs like that, which make such a huge impact on other people’s lives. He’s going to be really, really big someday. Then, the lights went off and there was Shawn Mendes on the big screen talking about how he feels about his fans and selling out his first world tour.

Afterwards, a special effect of him showed up and faded out. Lights beamed on the microphone, and suddenly he appeared onstage. I was recording the whole thing, but once he appeared my hands started shaking so badly that I had my dad record everything for me. He started out with ‘Something Big’ and did some of his songs from Handwritten. When he started singing ‘ I don’t even know your name’ I got emotional because I’ve been waiting to hear that song live for so long. The fact that I finally got to hear it was such an amazing feeling.

Unexpectedly, ‘Treat You Better’ came on and everyone completely lost it. I mean, who wouldn’t? Everyone was waving their hands in the air and dancing like crazy. Unfortunately, his voice wasn’t feeling well so he didn’t sing ‘Like This’ and he couldn’t sing certain notes, but of course the Mendes Army had his back! He was so interactive with his fans and made sure that everyone was having a good time no matter how tired he felt. His dedication is one of the reasons why his fandom loves him so much. He always wants us happy and gives us everything he has at all of his concerts. Shawn ended with ‘Stitches’ and, of course, had to slay us all one more time with his high note at the end!

The best part about this concert was that he didn’t need back up dancers or anything crazy for the show to be great. It was just him, his guitar, and some cool graphics. He didn’t need any more than that, and that was okay. It was the first and best concert that I’ve ever been to in my life!