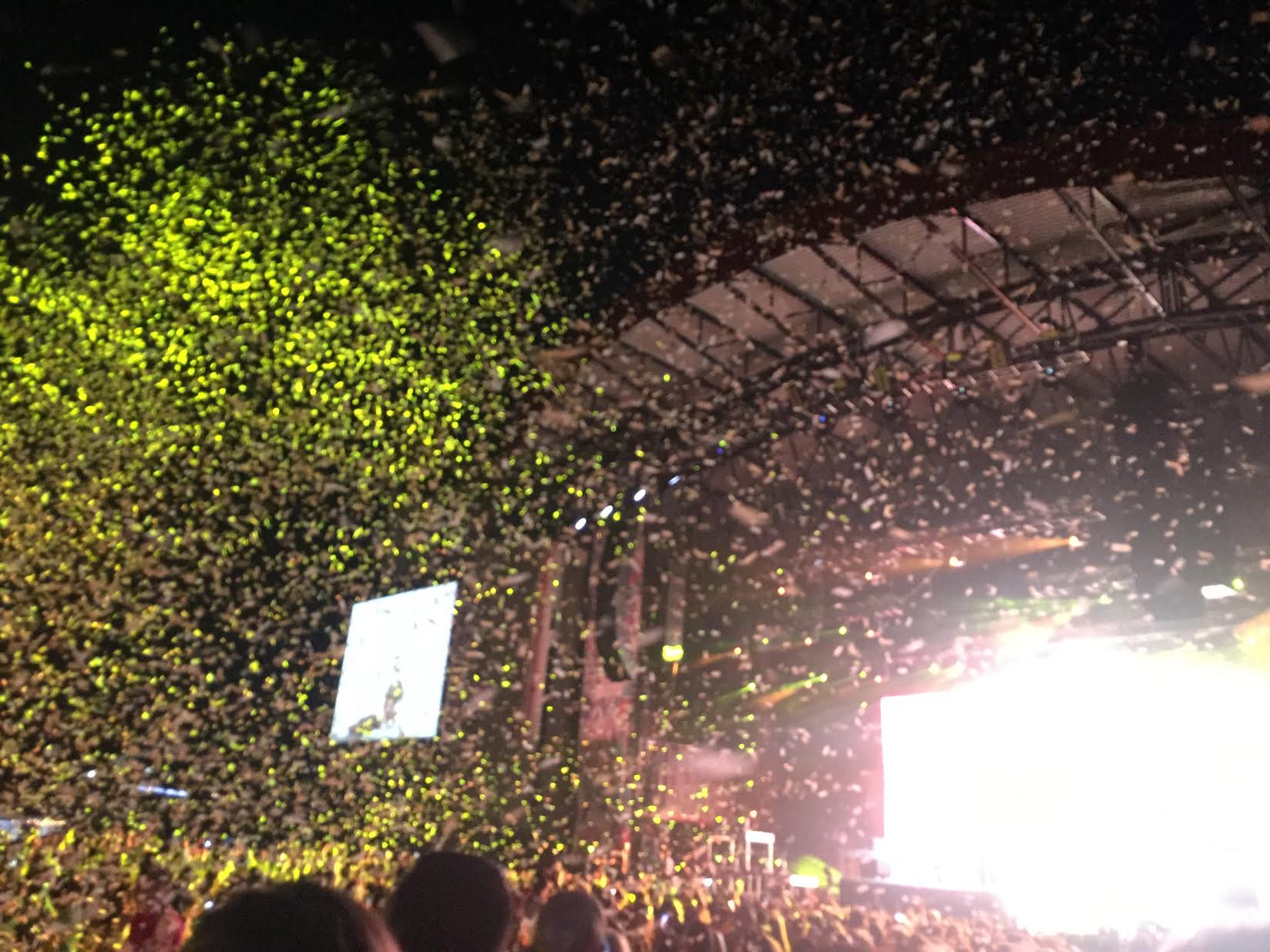 After having so much fun at the Billboard Hot 100 Music Festival last summer, I knew I had to make my way back to Jones Beach to see the festival once it rolled around again. Last summer the lineup was full of the most popular artists that year: Nicki Minaj, Lil Wayne, Skrillex, The Weeknd, Justin Bieber, and so many more. To have all of those artists performing just twenty minutes from my house left me absolutely no choice, and so I went to the festival and had a great time dancing with some of my best friends!

Although the lineup for this summer had noticeably less star power, I knew it would still be worth it to go (and I’m so glad I did). Last weekend I got to see Ariana Grande blow the (non-existent) roof off of Jones Beach with her insane voice, and I also danced along to Calvin Harris in the pit!

When I first arrived at the venue on Saturday I went to the main stage to watch Rachel Platten, who sang many of her songs including her hits, ‘Stand By You,’ and ‘Fight Song.’ Rachel got the entire venue to sing along with her to ‘Fight Song,’ which was a special moment for everyone there. After Rachel was finished, Fetty Wap took the stage. For me personally, I never understood the fascination and genuine love people have for Fetty Wap and his music, but as I looked around everyone was dancing, singing along, and really having an amazing time, and I suppose that’s what counts!

On Saturday night Martin Garrix and Ariana Grande took the stage. Martin Garrix’s set was full of awesome remixes, some pyro, and of course, tons of confetti flying around over the audience. Without a doubt, his performance got everyone ready and hyped for what they all knew was coming: Ariana Grande.

Having seen Ariana live only once before several years ago, I was so excited to witness how much she’s evolved as a performer. When it comes to Ariana, I can say that I’ve never heard anyone hit notes like she does live in concert. Without fear, Ariana jumps to the highest parts of her songs, confident that her voice will sound silky smooth, and never once crack or hit a sour note. She is a master of using the talent she’s been given and is able to focus on other aspects of her performance simultaneously, since her voice just never seems to fail her. To say that Ariana Grande’s performance was impressive would be the understatement of the century.

Sunday was an interesting day at the festival, since my friends and I only arrived to see the final two performers, J. Cole and Calvin Harris. The vibe at the main stage was totally different than the night before. Instead of the audience being packed with pop music fanatics and top-40 lovers, it was full of a healthy mix of rap and EDM fans. The audience seemed to be completely engaged during J. Cole’s performance, and in turn, he seemed equally grateful to be performing at such a notable Billboard event in front of many fans that have followed his career since the very beginning.

For me, the real fun began when Calvin Harris hit the stage. My friends and I made our way to the pit, prepared to dance to what we anticipated would be the most fun performance we’d see all summer long. We were right. From the second Calvin entered the stage all the way up to his last song, his energy spread authentic joy over the faces of thousands of people who would have to wake up and go to work the next day (ugh!). For the hour and 15 minutes that he played, Calvin truly allowed the audience to forget about their problems for just one night and enjoy what would be one of the last weekend nights of the summer.

Although the festival lineup, in my opinion, did not measure up to last year, it was still full of fun and energy, and I would definitely return again next summer regardless of who’s performing. The Billboard Hot 100 Music Festival always guarantees one thing: a fun weekend filled with an eclectic mix of all kinds of music. It will always be a great opportunity to close out the summer with some good music and great friends, and who could ask for more than that? See you next summer, Billboard!