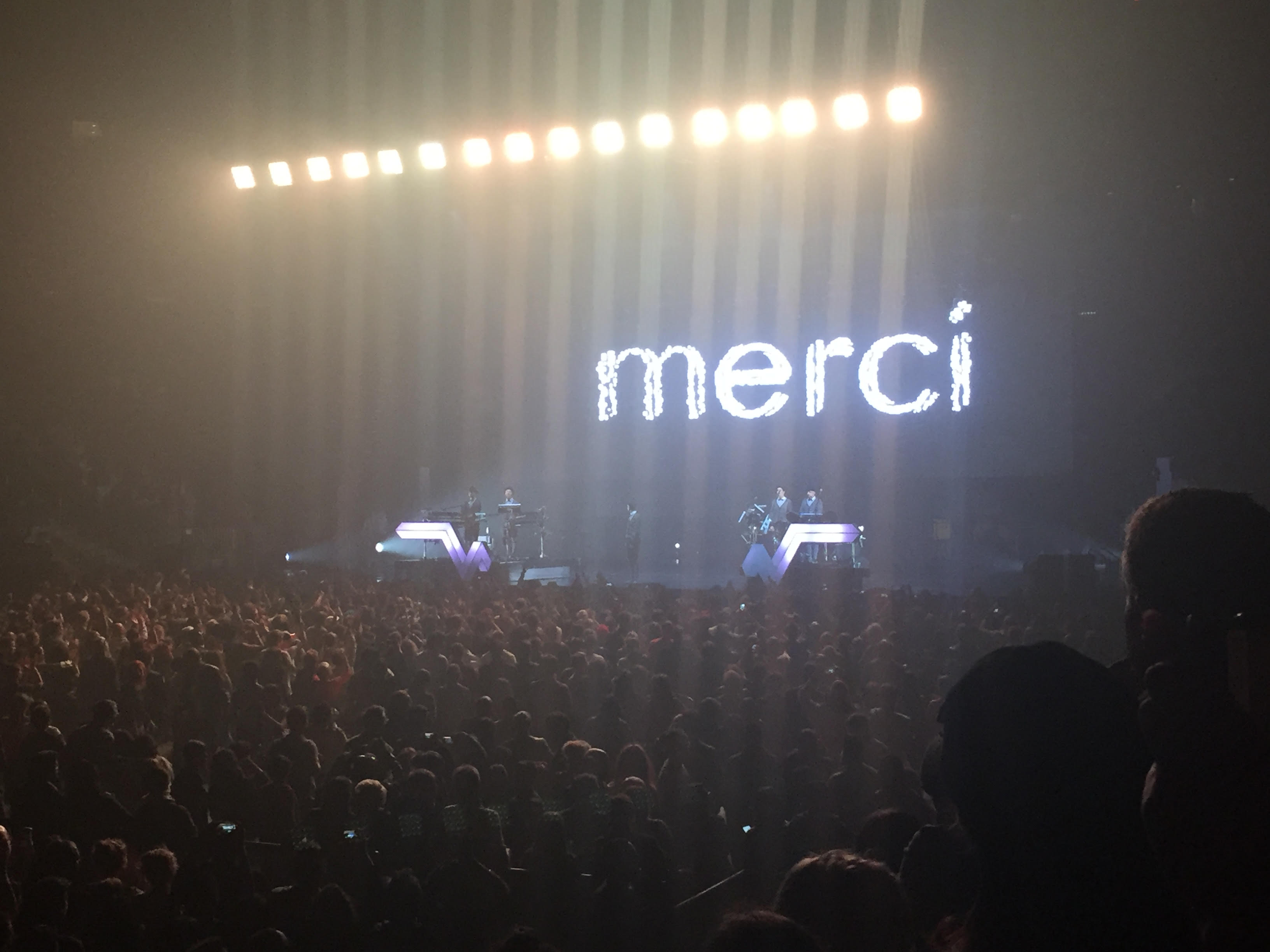 I’m always looking for new music to listen to, but for some reason international music always escapes me. In early 2015, a friend introduced me to a Belgian electronic-pop artist named Stromae. I fell in love with his music almost instantly. He also writes and produces all of his songs. He isn’t super well known in America, but he managed to sell out the prestigious Madison Square Garden last October. And just my luck, I won tickets to his sold-out show the day before his concert! It was the last stop on the American leg of his tour and what better way to end it at the Garden.

You could imagine my excitement when I won those tickets. I called up my friend who introduced me to him right away, and I’m super glad she was the one that I went to see Stromae with. Despite not understanding every single lyric that he sings in French, I still had a fabulous time. The concert had a different atmosphere than all of the previous concerts I’ve been to because I got to experience the elements of another culture. Stromae is one of the best performers out there and a really fantastic, down-to-earth human being. His music videos are super interesting to so I highly recommend checking them out!

There have been a lot of international artists that have found crossover success in America by making English-speaking albums. However, a few have also seen crossover success in America by sticking to their native language, which is super respectable! Also, a lot of these artists have hundreds of millions of views on Youtube and it baffles me because I’ve just found out about them! Their influence and popularity with their fans is astounding.

Lately, I’ve been very into reggaeton music and artists like Nicky Jam and J Balvin. I would be super stoked if I got the chance to see them in concert one day.  Like I said before, when I look for new music to listen to, it’s not my first instinct to search for music that’s not in English. I’m hoping to change that. Plus if I do, I get to have a much more eclectic library of music, and more importantly, a wider variety of concerts to attend!