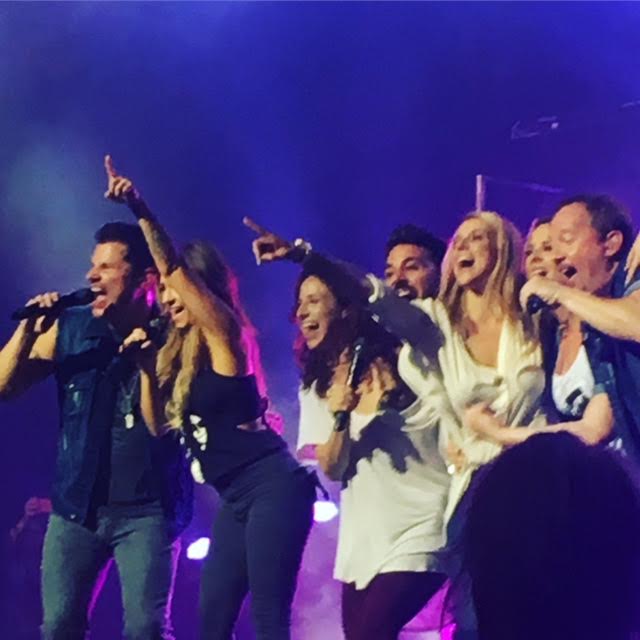 The MY2K Tour, featuring 98 Degrees, Ryan Cabrera, Dream and O-Town, proves that four of the biggest names of the ‘00s still have what it takes to bring down the house at a summer concert. Held at the Ford Amphitheater on the Boardwalk on Coney Island, it was the perfect venue and I was lucky to be in the 2nd row.

The girl band Dream (of MTV fame) brought a fun and sexy energy. Their sultry voices started the show off right. They sang their hits, notably “He loves me not”. The audience loved it, as did I. Finally, they introduced their new single “I believe” a power ballad reminiscent of Wilson Phillips or Expose.

O-Town appeared next. Famous for the TV Series “Making the Band”, the guys brought slick dance moves and personal stories along with their hits, like their smash “All or Nothing at All” which, through the use of screens, became an emotional audience sing along. The band LFO surprised us with “Summer Girls”! So Awesome. O-Town also took random cell phones from fans to snap “action selfies”. They also stayed after the concert to meet each and every fan.

Ryan Cabrera followed. Alone with his guitar, he began with “House on Fire” , then his other hits, covers of Third Eye Blind, The Goo Goo Dolls, and a killer version of Stevie Wonder’s “Superstition”. He ended with his new song “Whatever, Whenever”. Could it get any better? Yup! I was invited backstage during the 15-minute intermission to meet up with Ryan Cabrera, say hi and take some photos, before the final act!

98 degrees killed it. Hit after hit, they brought tears of joy to my eyes, followed by a real life onstage proposal by a fan to his girl during the song “I do (cherish you)”. All of the former acts then joined them to do a stunning tribute to Prince, before 98 degrees returned for one final, powerful set. It was one of the best shows I’ve been to in a while, and definitely brought all the feels of days gone by. If you have the chance, see this show!