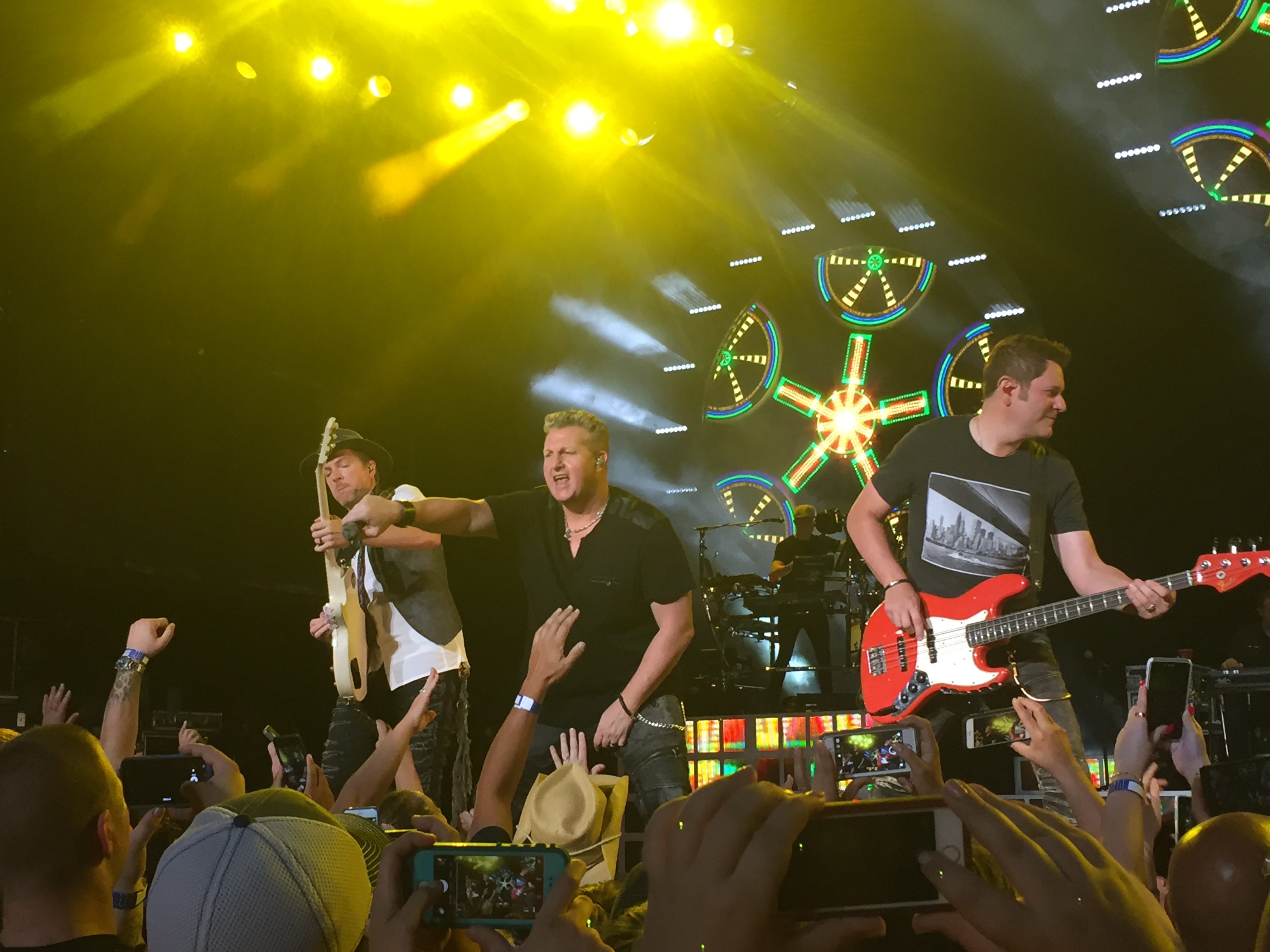 I’d been looking forward to seeing the Rascal Flatts live for several months, ever since my friend Julia told me she had an extra ticket available for the Jones Beach show on Thursday, September 1st. Once the day came I was filled with excitement, and I wasn’t going to let the less than ideal weather on Thursday afternoon get me down. Jones Beach Theater is such a fun place to see a concert because of its carefree and beachy vibes, and I knew that this show would be even better than usual because it was a country music concert (A.K.A. my favorite!).

The most immediate indicator that the night was going to be a blast occurred upon arrival. Everyone at Jones Beach was obviously ready to party, whether they came to see Kelsea Ballerini and were unfamiliar with a lot of Rascal Flatts music, or even if they’ve been listening since they heard ‘Life Is A Highway’ on the Cars soundtrack many moons ago. There was a sense of camaraderie between everyone in the stands, and the crowd was so excited for the show to begin so that they could sing their hearts out on what turned out to be a lovely evening on the beach (no rain!).

Kelsea Ballerini, a young country music star from Tennessee, graced the stage as the bands opener and did a flawless job. She played her most popular hits, ‘Peter Pan,’ and ‘Love Me Like You Mean It,’ as well as many others, and really got the crowd hyped up for Rascal Flatts. Julia and I sang along to every Kelsea song with our hands waving in the air. It was a true feeling of pure happiness, and I’m so glad I got to share this night with so many other country music fans just like me!

Rascal Flatts were up next, and of course the crowd went absolutely insane when they walked out on stage and opened up with their unbelievably fun summer hit, ‘Summer Nights.’ That song definitely put everyone in good spirits and set the mood for the fun night ahead. They managed to keep up a high level of energy through the night as they blew through all of their hits, including ‘Life Is A Highway,’ ‘Bless The Broken Road,’ ‘My Wish,’ and ‘What Hurts The Most.’ They even paid a touching tribute to the late Prince by covering ‘Purple Rain,’ which was an important reminder of the impact music has on people even after the artist passes away.

Overall, I would recommend the Rhythm & Roots tour to just about anyone. If you’re not a huge fan of the music, you’re sure to love the energy and the excitement of being at a country music concert. I can say from experience that a country music show has something to offer for everybody, and if nothing else, an incredibly fun night out is just about guaranteed!