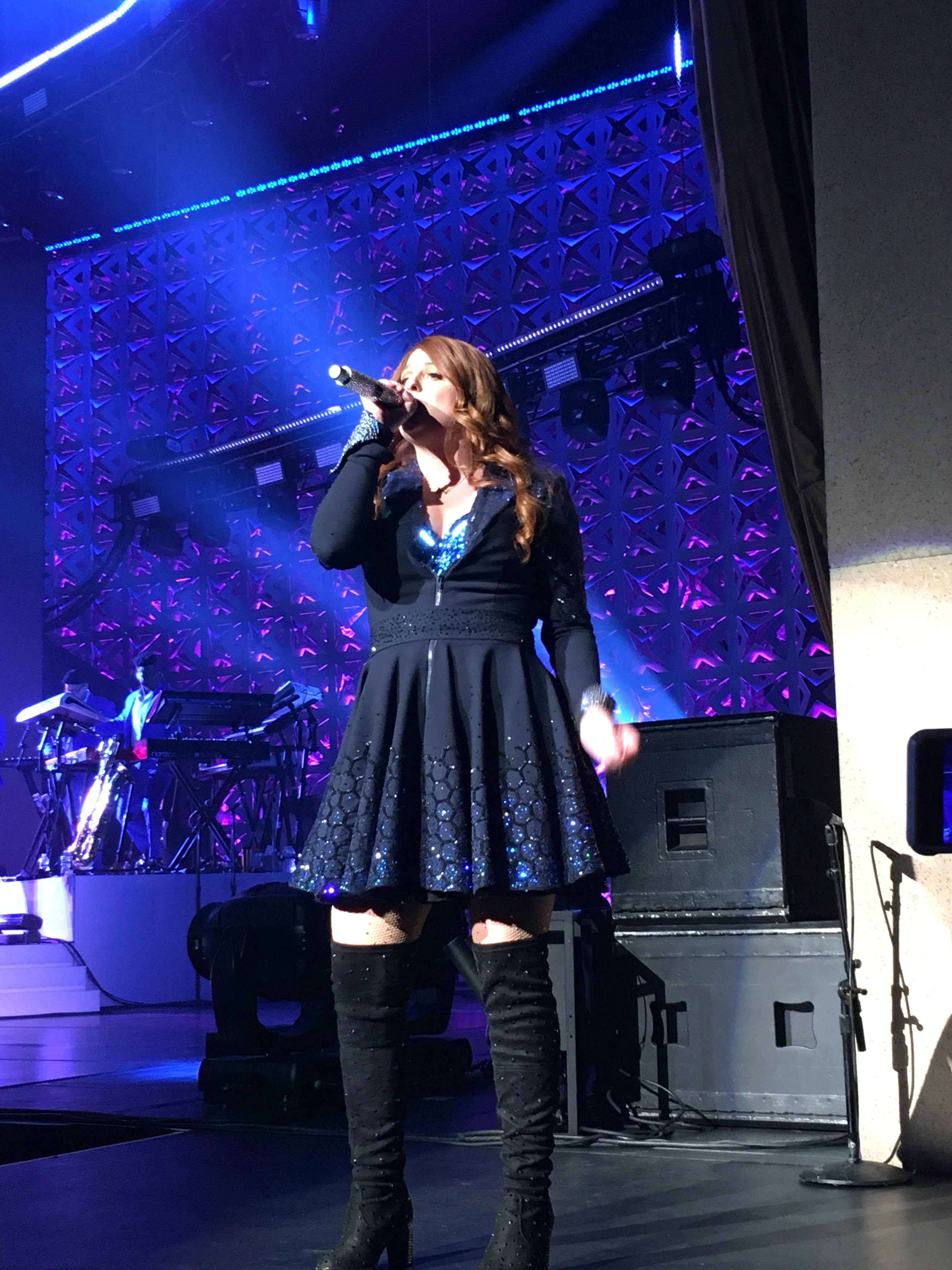 When it comes to Meghan Trainor, all that comes to mind are the words ‘fierce queen’. If I were a pop star I would want to be exactly like Meghan because she’s just so fun and bubbly! Going to her concert makes you realize that people of all ages listen to her, and that she’s not only geared towards an audience of young girls.

On Meghan’s Untouchable Tour, she played two nights at Radio City Music Hall in NYC, and I was lucky enough to see her on her first night there! This was my sixth time seeing Meghan in concert, and I’ve also met her 4 times before. Every moment I’ve had with her has been so fun, and I’m so happy I have these awesome memories.

Meghan opened the show with ‘Woman Up’, followed by ‘Watch Me Do’, and then the jam ‘Me Too’. I thought that her placement of songs on the set list was done very well and allowed the show to flow smoothly. By the second song she spotted me singing and dancing along in the third row and waved to me. I like to believe she remembers me, though I’m not sure she does. Either way, she loves interacting with her fans and you can tell that it’s not just for show.

The set up of the stage for this tour was so fun. She had a lot of video content on the screens behind her, which captivated me from the beginning to the end. I need to applaud her dancers because they did a phenomenal job throughout the show. At one point, Meghan’s dad, Gary, came out and danced with her, which was really fun and adorable to watch.

In my opinion, Meghan won her Grammy because of her lyrics. In fact, I feel like she’s a lyrical goddess. Even though Meghan’s music is so successful because it’s fun, her talent is most apparent when she performs her ballads. She has an amazing voice and truly is multitalented. During the show she plays her sparkly ukulele during ‘Just a Friend To You’, which is cute and different. When she performs ‘Kindly Calm Me Down’, she has her dancers banging on the drums with glitter flying everywhere and it’s just so beautiful.

My favorite song of Meghan’s is ‘Bang Dem Sticks’ from her first album. When I looked up the set list for the show that song was on it so obviously I was really excited, but it turned out to be just a segment for a costume change. That would have to be my only complaint about the show, but everything else made up for it! I loved all of the details, including her outfits—especially the final outfit, which was a red dress. All of her looks throughout the night were classic Meghan. She closed the show with her radio hit, ‘No’, and confetti fell everywhere in the venue. When there’s that much confetti you just know it was a great show!

One thought on “Meghan Trainor: “This Was My Sixth Time Seeing Her In Concert””