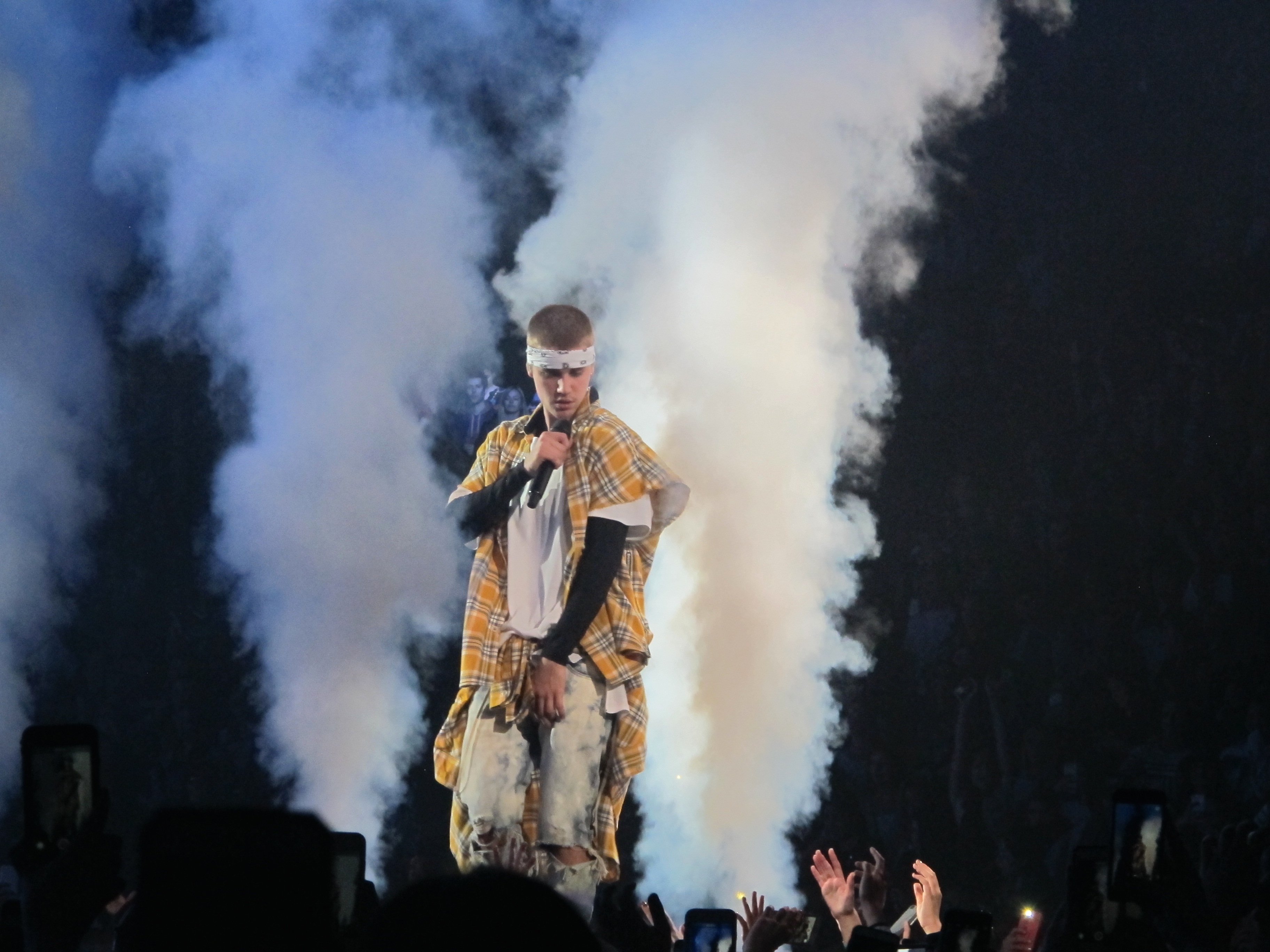 At this year’s MTV Video Music Awards, Britney Spears had a chance at making a comeback performance, but did it pan out as well as she wanted? In my opinion, the answer is a firm no, and that’s coming from a pretty big Britney Spears fan.

Why do I feel this way? Well, it’s not just because she seemed to be very stiff in her movements and choreography, but it was mainly because she made it so obvious that she wasn’t singing live. Unfortunately this comes as no surprise, and we’ve all come to accept the fact that live vocals are just not something Britney does anymore.

This brings me to my next question: do you care that artists sometimes do not sing live? I mean, on that same night Ariana Grande performed live while riding an exercise bicycle, and even though she sounded a bit out of breath throughout her performance, she still managed to sing live and sound great. To me, her performance was very respectable, and I was glad she took the high road by choosing to sing live in front of so many of her fans and fellow artists.

There are also entertainers like Beyoncé, who do a heavy amount of choreography in their shows and manage still to sing live throughout. I personally believe that there’s no good reason to lip sync because people pay good money to attend shows and hear the artist sing live. It’s not really fair for the audience to pay money for a ticket to a concert just to hear a CD play.

In my own experience I’ve seen people like Chris Brown and Justin Bieber lip sync during live television performances while also doing very basic choreography. These are artists that we look up to and know are very talented singers and dancers. It upsets and confuses me that such talented artists choose to do this at their shows. Is it laziness, perhaps? I totally get that there’s pressure during televised performances to be perfect, but it’s fairly obvious when an artist lip syncs, so that doesn’t help their image either. Regardless, people will still pay to see these artists perform in concert, but at the same time, they should keep their audience’s general interests at the forefront of their minds and make the choice to give a live performance.

Most recently, the idea of using backing track has come into play during live televised performances. This means that the musician would be singing along to the track instead of completely lip syncing. I firmly believe that backing tracks should be used minimally. People can usually tell if you’re using one, and it’s pretty much the same thing as full on lip-syncing.

Before I go, I have to admit that I love Britney Spears and even though she lip syncs during all of her concerts, I would go to see her show in Vegas. No matter how you slice it, Britney Spears is still a cultural icon and I still love her music. The truth is, when you’ve established yourself as an icon, your fans will always love you for what you’ve done for them, even if it was many years ago.

One thought on “Lip Syncing: “It’s Not Fair For The Audience To Pay Money To Hear A CD Play””