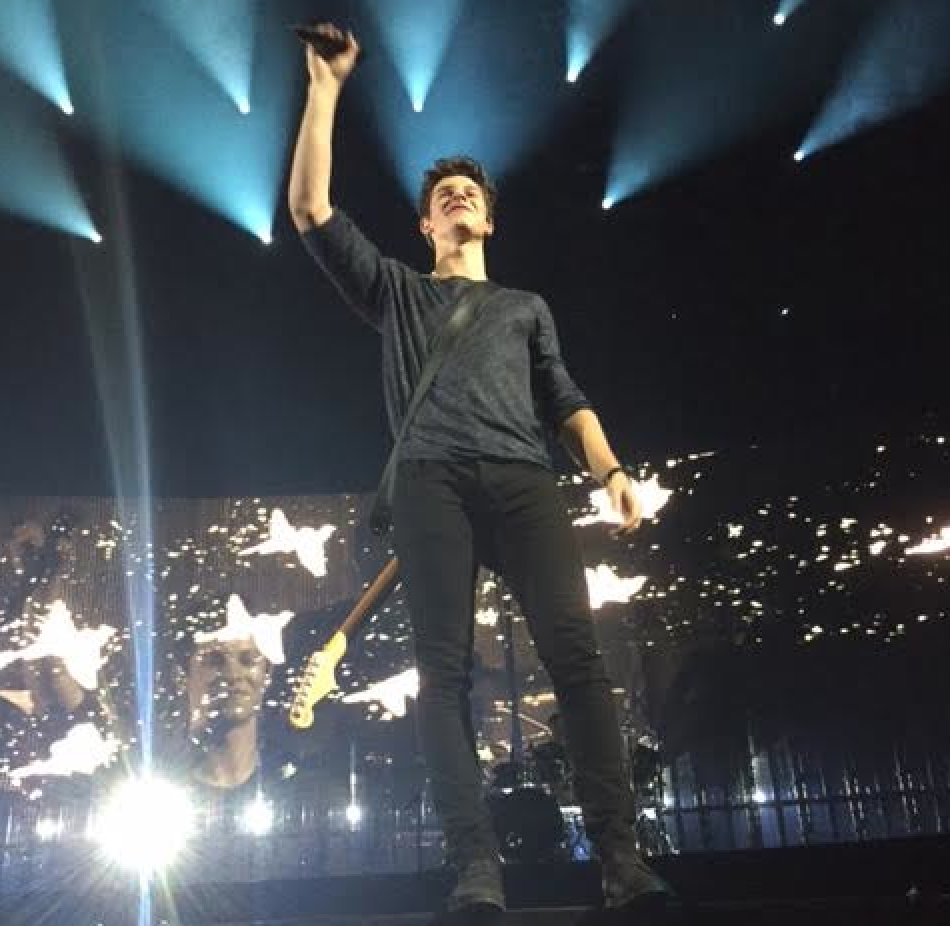 Last weekend I had no big plans to see Shawn Mendes in concert. In fact, I spent pretty much the whole day out east apple picking with friends, so seeing Shawn play at Madison Square Garden that night was just about the last thing on my mind. That changed pretty quickly though as I pulled up two available seats in what appeared to be a really cool lounge section at Madison Square Garden that I’ve never sat in before. I bought the tickets and before I knew it Shawn Mendes was playing his biggest show ever right in front of my very eyes!

In the days leading up to the concert, Shawn took to twitter to express how nervous he was to play at the most famous arena in the world, but the support he got from his fans on the internet was incredible, and after seeing that show I really believe that the support from his fans helped carry his performance. One thing that never gets old is seeing a talented artist play their first show at The Garden, and Shawn Mendes’s show was no exception.

Shawn opened the concert with his hit song, ‘Something Big,’ and Madison Square Garden rumbled with applause from his very dedicated fans. Overall, he sang 16 of his songs, including his most well known, ‘Treat You Better’, ‘Life Of The Party’, and ‘Stitches’, among many others. I was so impressed by the heavy use of his guitar throughout the show. Nowadays, it’s difficult enough to get an artist to sing live in concert, but the fact that he sang live while playing an instrument throughout most of the show was so impressive, and it got me thinking that Shawn is an artist that lots of other artists are going to have to compete with because he simply does more.

It was so refreshing to see such a young musician care so much about delivering an amazing performance to those who paid to see him live. I wish every musician cared just as much because it came across so clearly during the concert. Shawn worked so hard to give his fans everything he had and he was so appreciative to have had the opportunity to play at the world famous venue. For one of the most impressive live performances you’ve seen in a while, go see Shawn Mendes. He certainly did illuminate MSG.