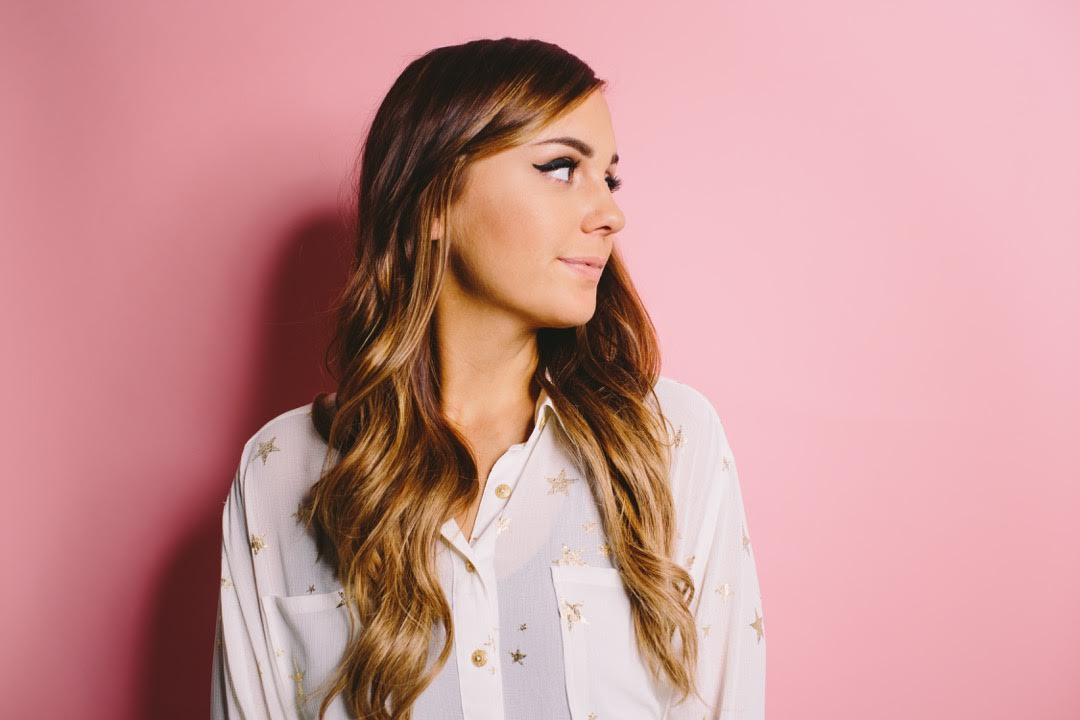 Emily Hearn, from the small town of Griffin, Georgia, wrote her first song and taught herself how to play guitar as a senior in high school. However, Emily never quite felt like she belonged in school at all. In fact, when she attended the University of Georgia in 2008 to study journalism, she instead found herself writing more songs and further discovering her passion for music. Emily began performing at local bars and venues and eventually took her performances to even more popular venues up and down the east coast. Emily’s songs have been featured on television shows such as Jane By Design, The Fosters, Jane The Virgin, Finding Carter, Switched At Birth, and American Odyssey. She also had the pleasure of opening up for some of her favorite artists including Nick Jonas, Hootie and The Blowfish, Darius Rucker, Luke Bryan, Howie Day, Edwin McCain, Mat Kearney, and many more! In 2015, Emily Hearn released her debut album, Hourglass, and set out on a nationwide tour with her husband, who is also her bass player! I had the pleasure of asking Emily some questions about her career thus far, and what we can expect from her in the future.

Who are your biggest inspirations, musical and otherwise?

Adele is just lovely. I look up to her a lot. I’m most inspired by Patty Griffin, I’d say, mostly because of her heart-stopping voice and her ability to write a song with such soul. She’s beauty and heartbreaking stories and serious courage wrapped up in one tiny woman.

When did you start falling in love with music?

When I heard Brandi Carlile perform at The Melting Point in Athens, GA. I was in awe of the emotion and the beauty of the song, but also by how incredibly she was able to draw an audience together in one moment like that. Music is so unifying.

What artists are you listening to at the moment?

Dawes, Sturgill Simpson, Rayland Baxter, Troye Sivan and the Chainsmokers, so don’t be surprised if my next album is country on side A and pop remixes on side B!

Probably Elvis but the next best would be Brandon Flowers from The Killers.

What inspires you to be so honest and raw with your lyrics?

I think that’s the only reason why I listen to music— to feel, to relate, to have fun, to feel young or to feel old, to know I’m not alone, to be sad, or to be happy, so I write whatever I’m feeling even if it’s raw because I know other people are feeling things too and that they want honest music.

What is the most special part of playing a live show?

Singing harmony with my husband is pretty fun—we really love that! I also love telling the stories behind the songs.

Speaking of live shows, how did it feel to open for Nick Jonas in Bowling Green?

AMAZING! That was hands down my favorite show. We got on stage and strummed one chord on the guitar and the crowd went nuts! It was absolutely insane.

What are some of your favorite things to do outside of music?

Baking, photography, and I really enjoy graphic design but I’m not that good yet. I also love writing! I started a blog called WKNDS (wkndsblog.com) that’s all about travel, food and the good stuff.

If you didn’t end up pursuing a career in music, what other career path would you possibly have followed?

Maybe I’d open a bakery? Or I’d love to get paid to travel and eat so maybe a travel channel employee!

What can we expect from you in terms of future releases, songs, EP’s, albums, live performances, tours, etc.?

I’m taking a little time off touring so that I can write an album, so be expecting a new one in the next year! Also, if you find yourself in the Georgia area, I’m trying out some new songs at a couple of local shows (in Atlanta at Eddie’s Attic on November 1st, and Athens, Georgia at The Foundry on November 3rd)!