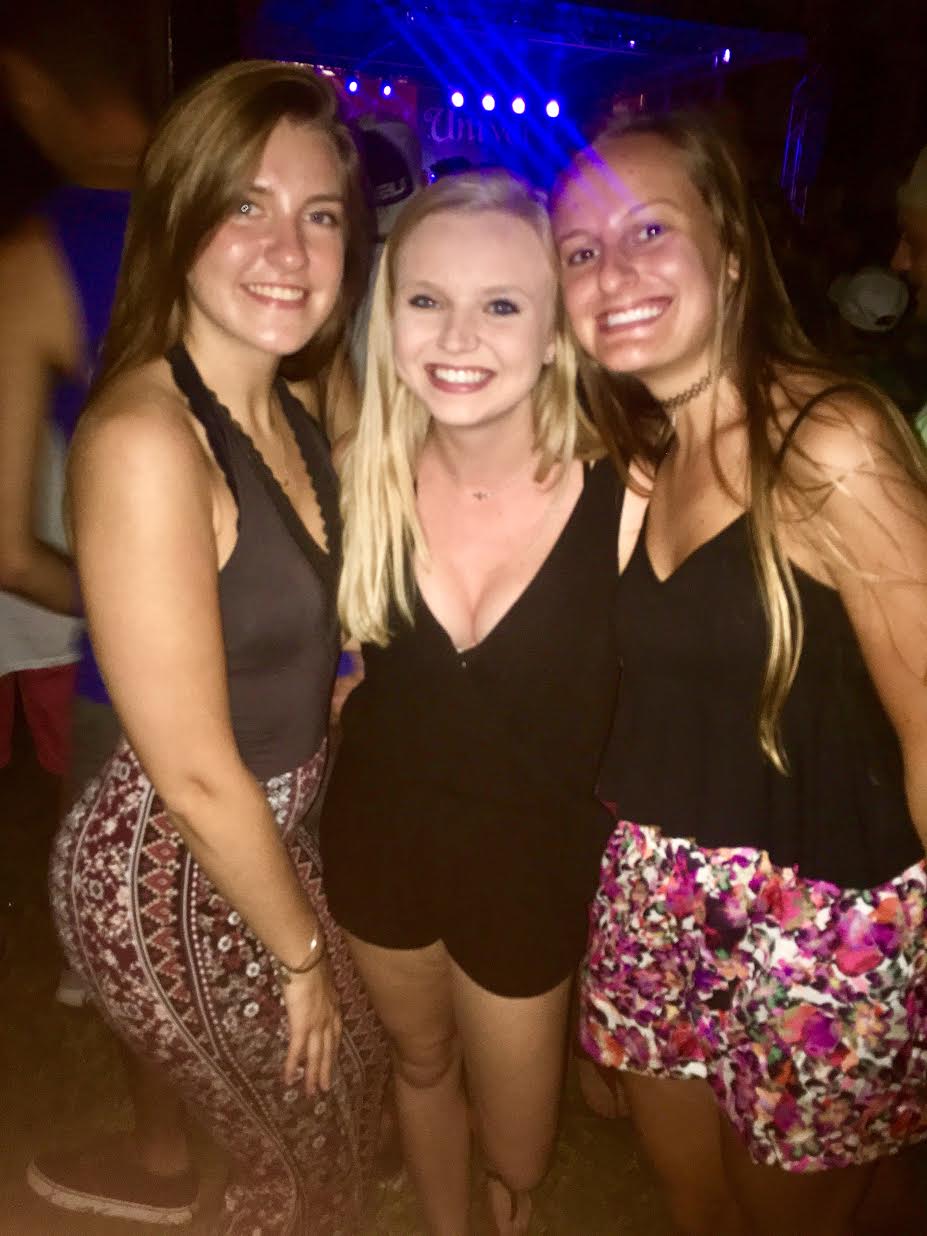 I have to say that I was pretty freaking excited when I found out that DNCE was going to be the fall concert at my school, High Point University. If you know me at all, you know that I was a huge Jonas Brothers fan and could watch Camp Rock anytime, anywhere.  I guess I’m a sorta, kinda, maybe a fangirl.  I followed Joe Jonas during his solo career, and was super excited when he joined DNCE.

I heard their two most popular songs, ‘Toothbrush’ and ‘Cake by the Ocean’ on the radio many times and knew all the words. I wanted to study up on what else they sang, so while searching iTunes I found ‘Pay My Rent’ and ‘Jinx’, which are currently two of my new favorite songs.  ‘Pay My Rent’ makes you want to get up and dance, while ‘Jinx’ will definitely put you in your feels.  My eyes lit up when they played both of those songs.

‘Pay My Rent’ was actually their opening song and I belted it out at the top of my lungs. I normally love being as close as can be at a concert. Since this was a General Admission show on the lawn of my school, I stayed closer to the back because I tend to get a little claustrophobic (…Thanks, Mom!).

I actually loved being in the back of the lawn for this concert because I had a great view of the stage and was able to dance and sing along with my friends without worrying about stepping on anyone’s toes or bumping into anyone. Needless to say, I was a happy camper.

They played their radio hit and also a few covers, including ‘Hotline Bling’, which was a huge hit! They also played a few songs from their new album which comes out on November 8, and I am so excited to hear what they’ve been working on. Overall, I think they did a great job and I loved every second of their performance at my school. At the end of the concert, Joe even started climbing up a metal pole on the side of the stage and everyone went absolutely crazy.

What I love about DNCE is that when they are performing, you can tell how much they love it. Each member of the group obviously loves their time on stage, and I really admire that. I would definitely jump at the opportunity to attend another DNCE concert, and if they’re performing anywhere near you, I highly recommend you check them out!