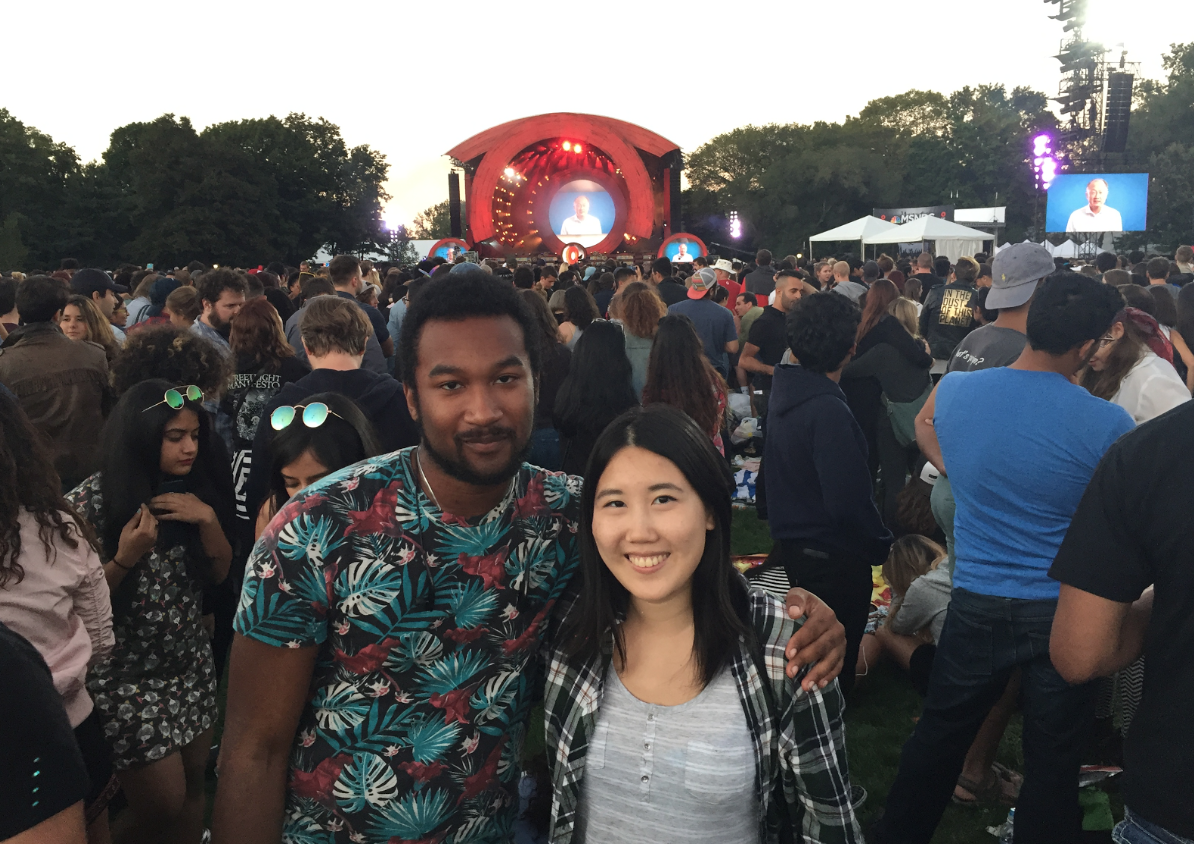 Since its inception in 2012, 60,000 people gather on the Great Lawn in Central Park each summer to attend the Global Citizen Festival. In order to attend the free, but ticketed festival, you must complete charity acts such as signing petitions or bringing awareness to global issues by tweeting.

In 2015, the festival featured special appearances from the likes of Leonardo Dicaprio and Michelle Obama. Pearl Jam, Ed Sheeran, Coldplay, and the one and only Beyoncé performed. However, 2016 was arguably Global Citizen’s best lineup yet. This year, Major Lazer, Demi Lovato, Metallica, Kendrick Lamar, and Rihanna were all set to headline. I managed to win tickets during their last lottery drawing and was super excited to finally get to attend this festival.

My friend and I got to Central Park around noon when the gates opened. He went last year and said things ran a lot more smoothly this time around. We didn’t have to wait in line as long to get in and the festival started on time. When we got to the Great Lawn, we decided to sit towards the middle of the general admission section. We weren’t able to see the actual performers on stage but the huge screens made up for it.

The show started promptly at 4pm with Chelsea Handler and Hugh Jackman hosting. Major Lazer and Demi Lovato were the first two headliners to perform and they both did an amazing job. After they performed, there were special guest appearances from Usher, Yusef/Cat Stevens, and Yandel. I have to admit, I decided to sit down during Usher’s and Yusef’s/Cat Stevens performances because I wasn’t as interested. However, when reggaeton artist Yandel arrived on stage, a lot of the people around me started to get up and dance. I heard of Yandel when he was making music as part of the duo Wisin Y Yandel, but didn’t realize he was working on a solo career. My friend and I, both being being unfamiliar with him, actually thoroughly enjoyed his music and performance. I think most people probably didn’t understand what he was singing in Spanish, but nevertheless, he certainly got the crowd pumped up and set the mood for the later performances.

Of course, in between these sets, the hosts, as well as global leaders, brought awareness to issues such as poverty, education, health, sanitation, etc. All of the celebrities that performed have done tremendous charity work. I kept this in mind as the night went on and everyone was getting ready to see Kendrick and Rihanna. As the sun began to set, Metallica and Ellie Goulding gave a stellar performance. Chris Martin, who is the current creative director for the event took the stage along with Eddie Vedder of Pearl Jam. They did a fantastic job performing together as well.

When the night sky was dark and the Empire State Building lit up, Kendrick Lamar took the stage. It was my first time seeing him live and he absolutely killed it. Kendrick is an amazing performer and made sure to interact a lot with the crowd throughout his set. He mainly performed hits from To Pimp a Butterfly, but made sure to perform older hits such as ‘Bitch, Don’t Kill my Vibe’ and ‘Swimming Pools (Drank)’.

Last to perform for the night was Rihanna. She was definitely the person I (and probably majority of the crowd) was looking forward to seeing the most. A true global citizen herself, Rihanna definitely did not disappoint. From kicking it off with ‘Stay’, to throwing it back with ‘Umbrella’ and ending with ‘Love On The Brain’, all eyes were on her. During her hour long set, her vocals, beauty, and presence were flawless throughout. Simply put, I didn’t want the night to end. It was a long and tiring day, but absolutely worth it to attend the star-studded show. At the end of the day, the important thing to remember is that everyone who got to attend the festival are all global citizens in their own right. We took action and made a difference!