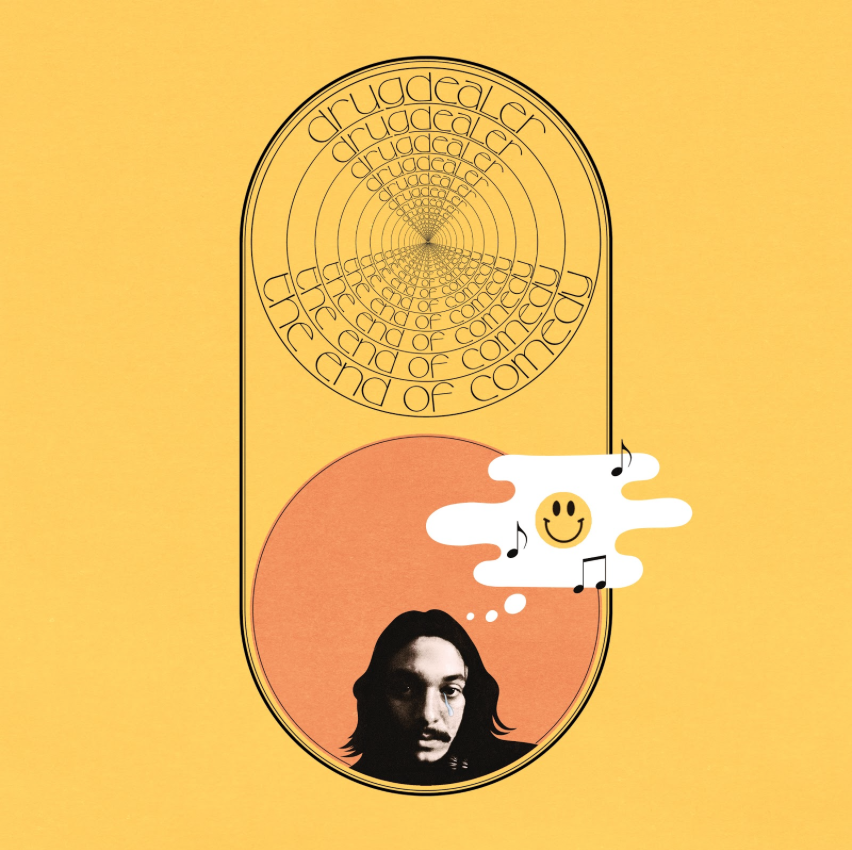 The debut album of the (not so) straight-edge, LA-based slack rocker Michael Collins under the moniker Drugdealer  is nothing short of fantastic. For The End of Comedy, he enlisted some of his analogously talented pals (i.e. Ariel Pink, Weyes Blood, Mild High Club, Alex Brettin) to produce a cohesive, funky, psychedelic record.

According to Drugdealer’s bandcamp, the album emulates “a whimsical world informed by Jean Baudrillard, social media perception, Sergio Leone’s spaghetti western vistas and Collins’ endless travels.” It is a pretty fascinating concept to conjure up a solo act that consists of so many different musicians partaking in contributing their own spin on each track, yet the 11 tracks somehow amalgamate flawlessly.

Paste’s halfhearted claim of many of the LP’s songs being fillers and the album being sloppy is wildly inaccurate. This is not a rookie release; Collins has been involved in the music industry for many years, rotating amongst reputable ­acts such as Silk Rhodes, Run DMT, and Salvia Plath.

Commencing with the seamless transition from the intro into the second track, “The Real World,” all the way to the increasingly maniacal-sounding instrumental outro, the album (clocking in at just about half an hour) is extremely focused. It is unambiguous where Collins draws his influences from, and how he craftily casts them to sound fresh. He has cited classics ranging from The Velvet Underground to Miles Davis as inspirations, as well as contributor Ariel Pink; Collins told Tidal that “when [Pink’s] music came on… [he] had a massive emotional outburst pretty instantly, because for some reason [he] couldn’t believe that someone was able to make it – [he] literally thought it was some sort of joke being played on [his] ears.”

I, too, was floored when I first discovered Pink’s rendition of the Rockin’ Ramrods’ “Bright Lit Blue Skies” as a lil 8th grader, and also happened to be raised on classic records, such as Fleetwood Mac’s pivotal release, Rumours-another influence Collins alluded to.

It is definitely interesting to see certain parallels amongst this record and a myriad that date all the way back to the late ‘60s and early ‘70s. For instance, the combination of male and female vocals is instantly reminiscent of acts such as the aforementioned group, as well as a personal favorite, Ultimate Spinach.

Certain tracks, like “Suddenly” featuring Natalie Mering (Weyes Blood), easily sound like they could’ve been plucked from a prior decade. The End of Comedy has quickly wormed its way into my daily listening rotation, and already has a set spot in my ongoing best of ’16 list. Thus, if you’re willing to actually listen to the songs intently, without prematurely judging them based on the goofy name they’re released under, I highly doubt you’ll regret it.