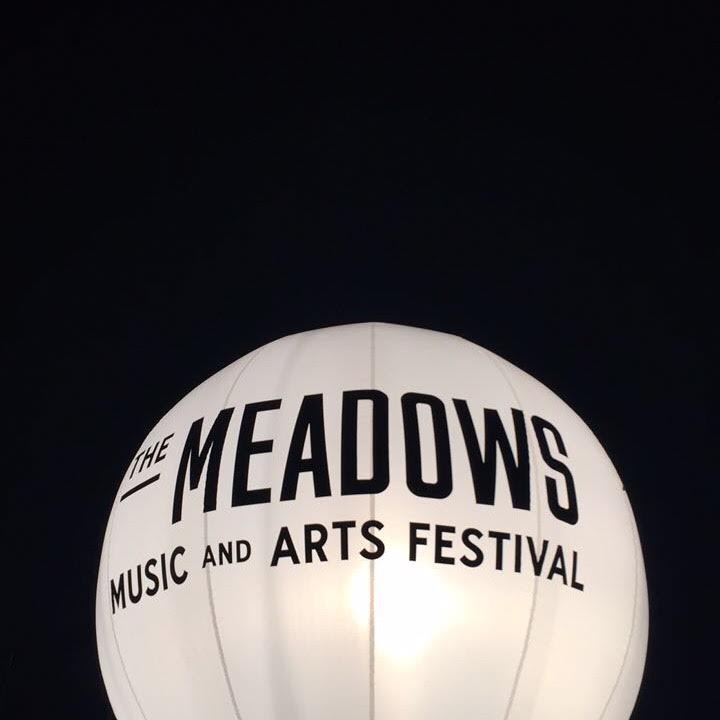 I had no intentions at all of attending the Meadows Arts and Music Festival or any festival or concert for that matter. I came across an advertisement on Twitter and Instagram about the festival less than a month before the event and clicked on the direct link to reveal the lineup and of course, day two caught my eye! I mean, yeah, day one was cool, but I already saw The Weeknd in concert last fall (even though they had to change the lineup to J.Cole instead of The Weeknd a week before the festival).

Day 2 on October 2nd definitely had the better lineup. I mean, come on—Kanye West, Chance the Rapper, and Bryson Tiller—what more could you want? I love all of those artists for a variety of reasons. I pretty much grew up with Kanye’s music around and I think he’s a rapping legend! Chance the Rapper always gives such a positive vibe in his music that brings his fans and the crowd together, and Bryson Tiller gives the audience that relaxed, gentle body swaying we all do when we listen to serene R&B love music.

Once I saw the lineup and the prices for general admission ($115 + $25 for service fee), I texted one of the group chat messages on my phone and asked who was down to go. Immediately, my best friend responded to me, saying, “Me!” From there, she purchased the tickets and I immediately was contemplating what to wear. Lucky for me, I received the top I ordered for the festival the day before the festival!

Finally, it was the day of the festival! We arrived to Citifield at around 2:45PM. It was the perfect time because Bryson Tiller was performing at 3:45. Once we got inside, we noticed the very long line for merchandise and we decided not to get any because we didn’t want to miss Bryson Tiller’s performance.

There were four stages (Linden Blvd, Queens Blvd, Shea, and The Meadows), but all three artists we wanted to see were performing at the main stage, The Meadows, one after the other. Before heading to the stage we purchased beer at the bar and a mango ginger rum drink at the liquor lounge. I have never seen a festival have so many food and drink trucks! There was so much to choose from!

We squeezed into the middle of the crowd with our phones in our hands, ready to snap photos of all of the performances. Bryson Tiller began performing at 3:45 PM and the entire crowd was swaying and singing along with him for the entire hour he was onstage. I knew he was a good singer, but live he’s even better! Chance the Rapper was set to perform at 5:45PM, so we squeezed through the crowd (which grew five times the amount of people watching Bryson Tiller) and found the perfect spot right in the middle (even though we were pretty much suffocating from all the people around us). Regardless of the tight squeeze, we sang along, jumped, and danced to Chance the Rapper’s music.

The thing about Chance’s performance is that you could sense the passion he puts into his music. Not to get too religious here, but you really see his praise to God and how blessed he feels each and every day. He has such true fans, like my friends and I, and he honestly deserves all of his success. By the way he sings and talks to the crowd, I know for sure he cares and loves all of his supporters. It was sad when his performance came to a close, but it meant that it was almost time for the person just about everyone came to see—Kanye West.

At around 9:15PM, Kanye finally took the stage. To be honest, he completely made up for being late because he got me, my friend, and the entire crowd so hyped up! My friend and I had so much space and we danced and were so carefree the entire time he performed. We didn’t care at all who was staring, judging, or bumping into us. We were having a good time and really digesting his music.

What we didn’t expect was for Kanye to stop performing out of nowhere at around 9:45PM. At that time, a man took over the microphone and told the entire crowd that Kanye West had to leave for a family emergency. Everyone was so upset and disappointed. Not to mention, everyone was on their phones and checking social media to try to figure out what was up with Kanye’s family. It seemed that it was serious and eventually everyone found out the terrible news that Kim Kardashian West was robbed at gunpoint in Paris. Although we didn’t get to see his full performance, I feel lucky for what I got to witness that day, whether it be Kanye’s shortened set, or Chance the Rapper’s incredible performance! One thing is for sure: I will never forget that day.