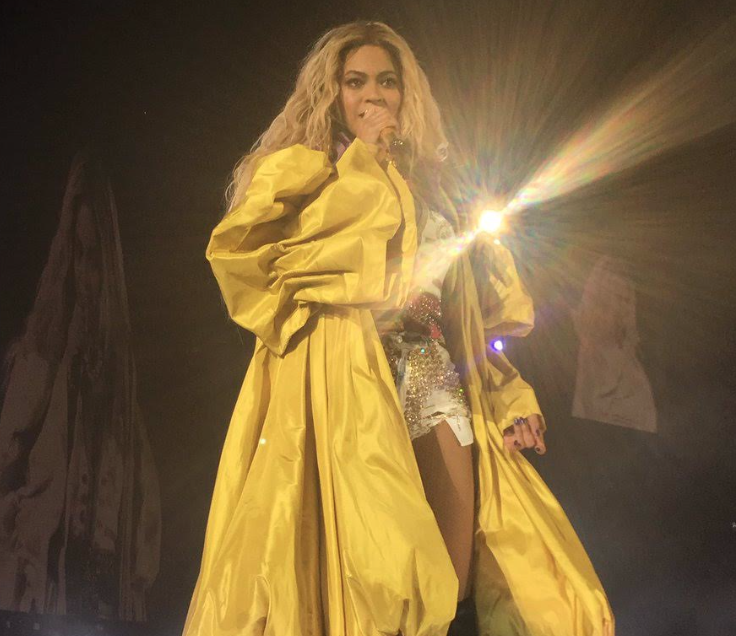 Last Friday I was lucky enough to attend Beyoncé’s closing night of her Formation World Tour. This would be my fifth time seeing Queen Bey, and it was absolutely the best performance I’ve seen yet. The night was full of surprises from start to finish, including new costumes, additional songs, and special guests, Jay-Z, Kendrick Lamar, and Serena Williams. On top of all that, I was lucky enough to be front and center.

Since I’ve been a fan of Beyoncé for years, sitting this close was something I’d only ever dreamed about. As I walked onto the floor and saw the stage from a distance my stomach dropped because my seat was still so much closer. The idea of watching someone as empowering and inspiring as Beyoncé perform from the first row was almost intimidating; not in a bad way but in an “oh my god, I’m going to be feet away from her” sort of way. As I walked to my seat it began to hit me that I was not only attending the last show of the tour but that I was fulfilling every diehard fan’s dream: Beyoncé live from the front row!

As the lights in MetLife stadium faded out, my heart began to race. I couldn’t believe what I knew I was about to witness. I knew that this was going to be a night to remember from the second I heard the first beat of her opening song, ‘Formation’. I already saw the show once before back in June so I knew what songs she would sing and I was familiar with the setlist, but that didn’t stop me from being in absolute awe of what I was standing right in front of me. Being so close to the stage was an entirely new experience because I was able to see things a big screen doesn’t always capture. You could tell how much emotion and passion was put into every single song on the setlist in not only Bey’s face, but in each of her dancers faces as well.

Beyoncé has this way of making it seem like whatever song she’s singing is what she’s going through at that exact moment. She’s able to take herself out of the moment and transport herself back in time. She treats the emotions in each song as if they’re fresh and she’s just feeling them for the first time, and as if all 55,000 of us are feeling them together.

I’ve been inspired by Beyoncé and her music for as long as I can remember. The way she uses her platform to speak at such volumes and stands up for what she believes in is a trait that I not only admire, but hope to obtain myself. Throughout the concert I continued to find myself thinking about how lucky I was to be there, and how lucky I am to be alive at the same time as such a legendary entertainer.

Though her tour has come to an end and we don’t know the next time she’ll tour again, I hope that she finds herself in your neck of the woods and you get to go to her show. I can promise that you will leave feeling inspired and blown away every single time. Every time I leave one of her shows I think to myself “how did she out-do herself AGAIN!?” And although I haven’t figured out how she does it every single time, trust me, she does.

On the slim chance that the Queen herself is reading this, I want to say thank you for constantly inspiring your fans and showing us that no matter how sour the lemons life gives you may be, you can always make some lemonade!