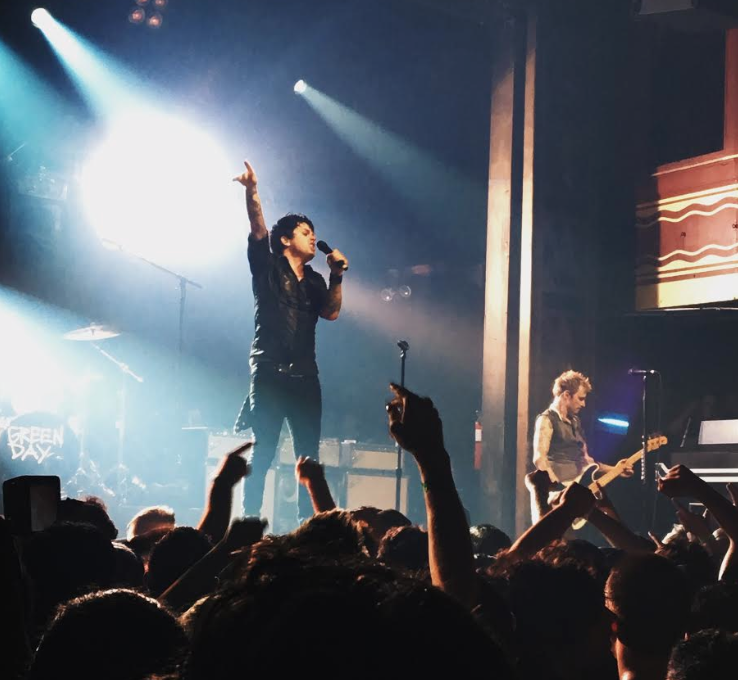 I was in 4th Grade when the first album I remember being able to see and feel came out. American Idiot met me in a state of angst, suddenly confronted by everything from love to loss and victory to war. It was the first time I truly recall using music to make sense of the world around me. Green Day embodied “punk” and it wasn’t the clothing or the cursing, it was the call outs on politics and society, the ‘I don’t care’ attitude that gave me the personal freedom to rip my tights at a private school and take on songs as anthems.

It took 12 years but I finally had the chance to see Green Day live. I’ll be honest; I was very nervous, and not just because security wouldn’t let my backpack in (which I left with a random doorman as an act of desperation in the middle of New York City). No, I was nervous for this “comeback” because nostalgia tends to be a dirty liar. I’ve seen other bands from my youth return to stage only to be let down because they didn’t sound the way they did in my headphones during all those days when this genre was in its prime.

However, the moment Green Day walked out playing ‘Know Your Enemy,’ I knew I was seeing the same band I watched on MTV and screamed to in the car. This was the band I grew up with. There was no insane production, not even that much stage presence, but Green Day playing their music with absolute and integrity was more than enough to be impressed by. Billie Joe Armstrong has a way of making the crowd feel visible, making eye contact as he moved from different sides of the stage and even pulling up a kid to sing and stage dive. You could tell each member was back not because they wanted to for profit but because they needed to, because this is their passion. The crowd called out requests and weren’t let down with oldies from the albums Nimrod and Dookie, and even Kerplunk!. Since the show was just a day after their new album Revolution Radio was released, they played new songs with the same heart as all the others and the crowd received them all the same, with fist pumps and mosh pits.