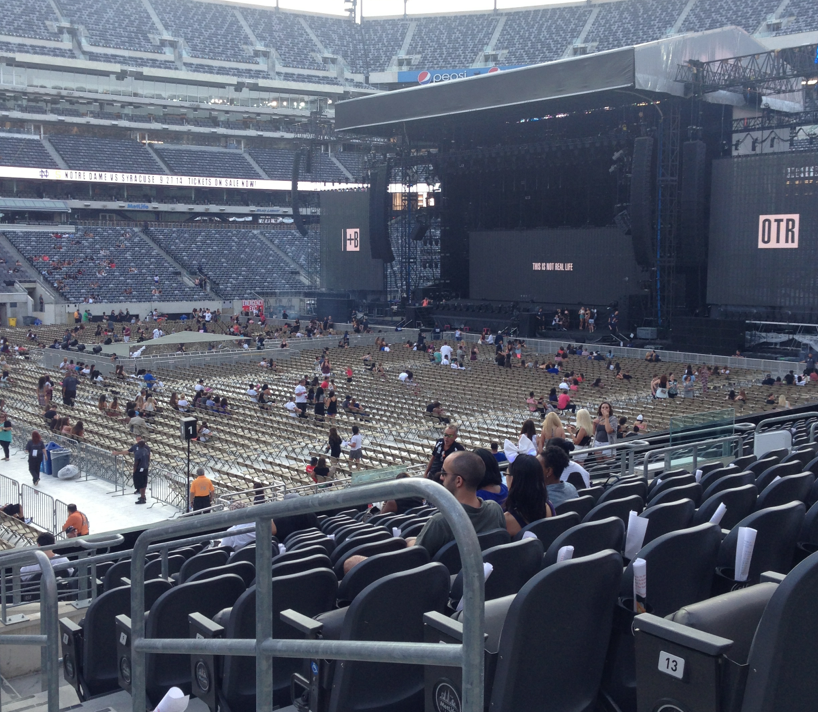 As with most things in life, buying concert tickets comes along with a few choices. Do you go for the affordable nosebleeds or do you splurge and enjoy the show from the first row? This decision is more difficult than you may think. While it’s always nice to save some money and go with cheaper tickets, it’s just not the same as viewing the show from the best seats in the house. Some people try to achieve both inexpensive tickets and awesome seats in the same night, but spoiler alert: it doesn’t usually work.

More times than I can count I’ve seen concertgoers try to sneak up closer to the stage, glaring around the venue in search of security, hoping they won’t get caught. In the distance they see a few empty seats on the floor and make a run for it in hopes that the people who purchased those seats won’t ever show up. In reality, how many times have you bought floor seats to a concert and didn’t show up? Probably never, which is why those people will show up and have security escort you back to your original seats.

Before you know it, your seemingly harmless attempt to get close to your favorite artist has caused utter chaos throughout the entire venue. If you’ve been gone for a while and your old neighbors realize you’ve snuck down to the floor, they may try it too! Before you know it security is scrambling to get everyone back where they belong, often disrupting the concert experiences of those innocent audience members who followed the designated seating arrangements to begin with.

For those who have followed the rules, what comes next is sort of inevitable. We’ve all been there, and nothing is more annoying than the people next to you trying to discretely squeeze two people into one seat without causing a scene. Honey… we’ve noticed, the people behind you have noticed, and in two minutes, security will be demanding to see your ticket as proof that you’re where you’re supposed to be.

Perhaps I’ve written this as a frequent and disgruntled concert attendee who is sick and tired of all of the shenanigans I see going on around me, but there is a lesson here. To all of my fellow live music lovers, if you want to see a show from the front row, save up your money and buy a ticket in the front row. If you’d rather save the money and go with a seat further from the stage, then deal with your seat, dance with your friends, and enjoy the music! You definitely don’t need to miss two or three songs while arguing with security over a seat that isn’t yours. Go on and enjoy the show regardless of where you’re seated because you never know when you’re going to get this chance again.