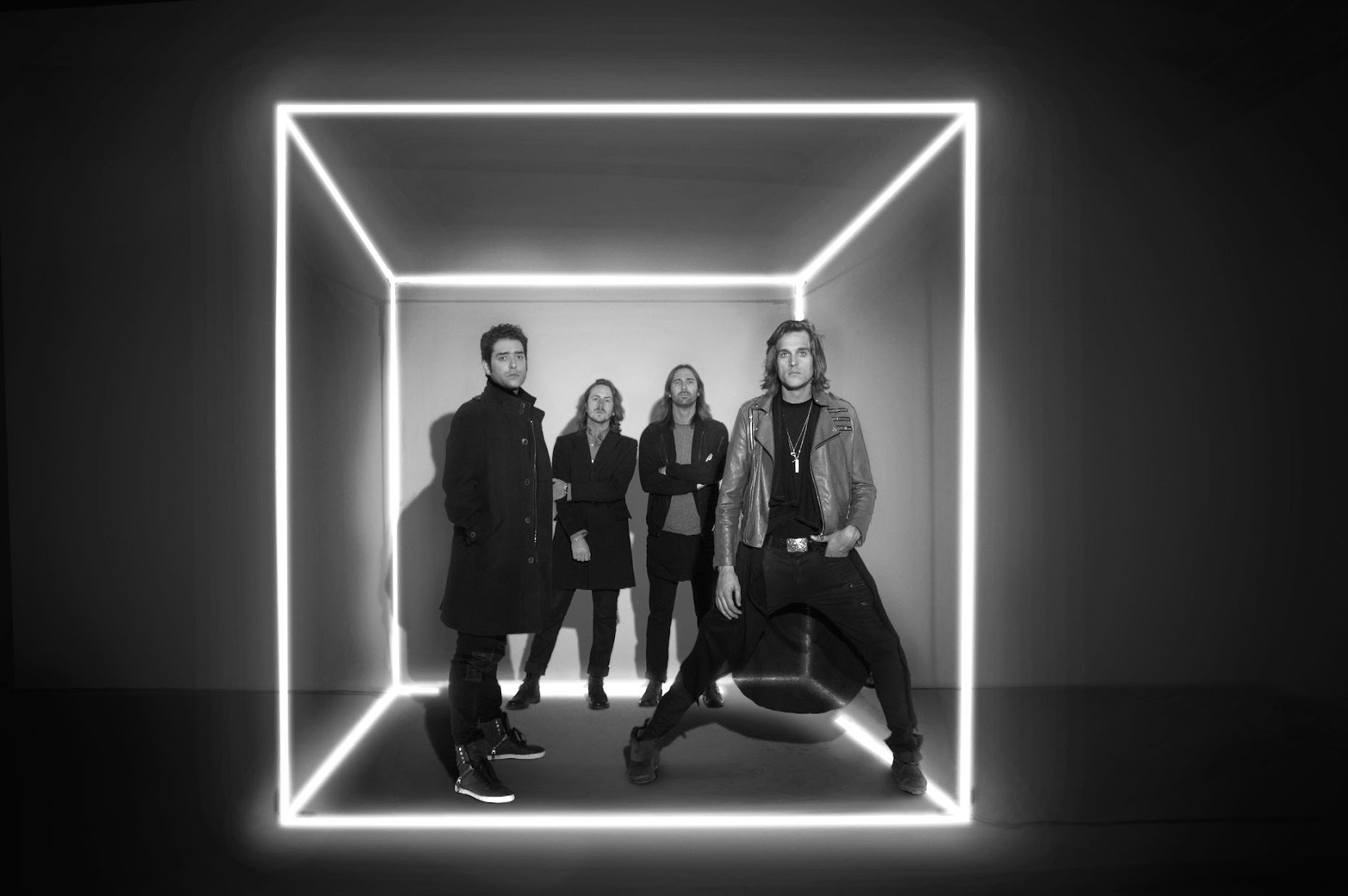 FAULKNER is an alternative bi-coastal rock band that is pushing the boundaries in not only music, but in style. Their latest hit “Revolutionary” won the hearts of many, as their music video reached over 2 million views on YouTube. Dimitri Farougias, the bassist, moved to Los Angeles from a small town northwest of Athens, Greece, knowing that music was what he wanted his life to be consumed with. He played his first show at age 13 and playing bass made perfect sense to him; it was simply fate. Dimitri had some time to answer a few questions we had for the band and how they have evolved into what we know as FAULKNER.

Your song “Revolutionary” became a hit – I absolutely love the song! What is the inspiration behind creating it?

I think it all starts with a personal revolution. An individual attempt to break free and change whatever it is holding you down and back.

What message do you hope to send to fans? What is the ultimate goal when creating a fan base?

To never stop believing in themselves. To pursue their dreams and goals and join us on this wild journey of ours and vice versa.

What was your initial response when being approached by RZA, Mark Needham, and JP Bowersock?

We were very honored and excited to collaborate with such talented individuals. They all put their stamp on our music and we couldn’t be happier with the end result.

What is your favorite aspect of performing live? When capturing an audience, what emotion do you feel?

Feeding off of the energy of the crowd is really magical. It’s hard to describe but at that moment you feel complete. All the pieces come together and those pieces are the hearts and souls of everyone listening.

As a band, if you were to think of a motto, what would it be?

If you could choose anyone in the world, whether within the music world or not, who would you say inspires you the most as a band?

It’s very difficult to narrow it down to one individual. FAULKNER is multifaceted and all the members come with a vast musical knowledge, experience and individual inspiration. The Clash, Bowie, and Dr. Dre have all definitely been a source of inspiration.

The monochrome style that is portrayed is beautiful – why was this initially chosen?

Because it’s direct. FAULKNER will always have a direct message. The monochrome style is a vehicle to deliver it.

Where and when was your favorite performance and why?

What is one thing that Venice has that New York doesn’t in terms of inspiration and vice versa?

A different point of view. Emotionally, mentally and psychologically.

We always work on new material so expect new songs and new surprise collaborations to drop soon. We continue our Fall tour in NJ in 10/29 at Brighton Bar and The Studio at Webster Hall on 10/30.

One thought on “An Interview With FAULKNER”