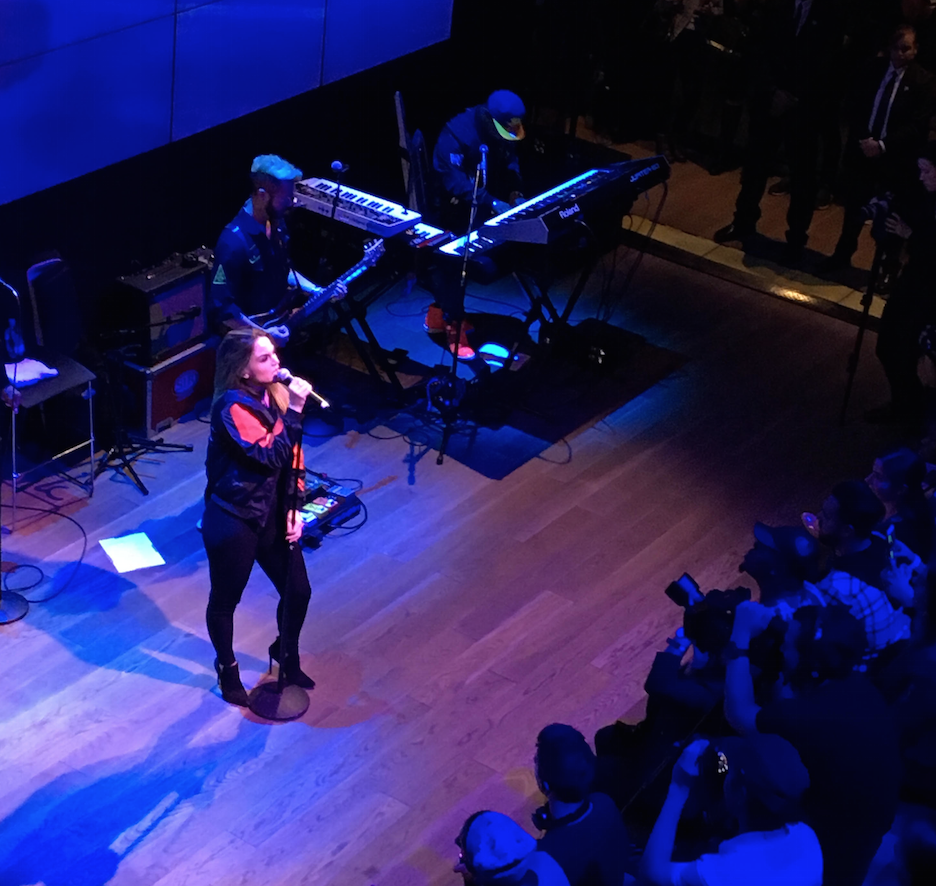 Remember when you were in middle school and a girl named JoJo used to sing angsty breakup songs on the radio and then she suddenly disappeared? Well, don’t worry…she’s back! In fact, she never disappeared completely. After her sophomore album, The High Road, there was a whole chaotic mess with her record deal and it was nearly impossible for her to release anything new. She came out with a bunch of covers, EPs and mix tapes but couldn’t receive the full exposure she had back in her “prime.”

Luckily, JoJo just dropped her third album, Mad Love, and I was lucky enough to attend her official album release show at Samsung 837 in NYC. For those who don’t know, Samsung 837 is a Samsung retailer in the meatpacking district but it also turns into an event venue at night! So fun! Also, it’s also completely free, so check it out when you get a chance.

My friends and I were pretty close to the front of the line and ended up with a nice view of JoJo’s stage. We anxiously waited to see the comeback of one of our favorite singers. She hit the stage and started off with one of her new songs, ‘Good Thing,’ and it was such a good song for her to start off with! She only played six songs, but don’t worry, her set included the iconic ‘Leave (Get Out)’ that we all loved when we were growing up. After her set, she also did a short Q&A.

Although this may seem like a comeback to many, it’s also in many ways not a comeback at all. JoJo may have not released an album in the past 10 years (can you even believe it was that long ago?!), but she’s been here all along. I’m so grateful to have been one of the few hundred people to attend the Mad Love release show. For those who didn’t attend this show, or haven’t seen her in the past, she’s going to be announcing tour dates very soon!