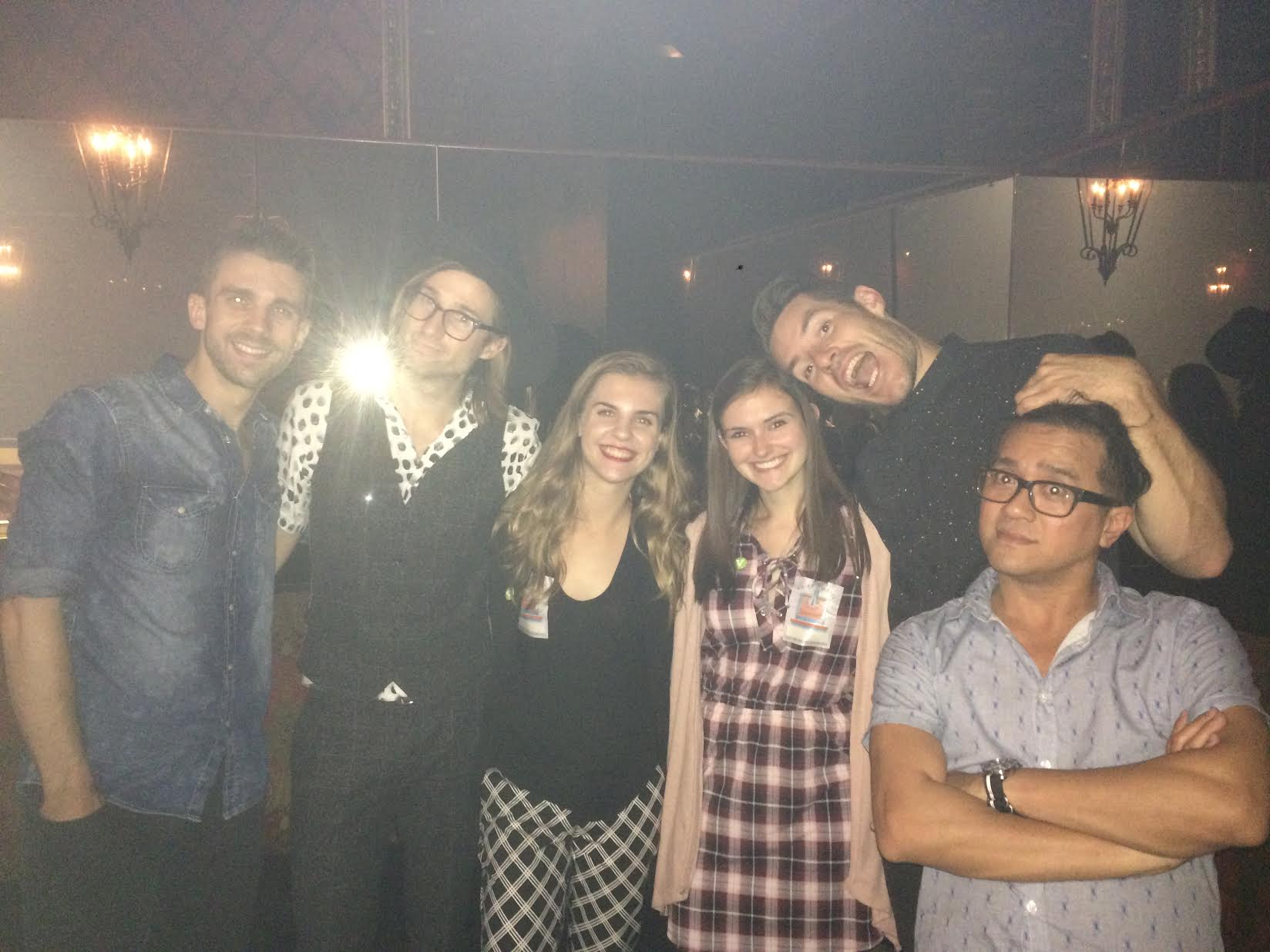 This past weekend I had one of the craziest experiences of my life. While on a networking trip to New York with an organization from my college, I found out that a band I liked, Saint Motel, had released their new album that day and were going to be performing that night. The venue, Webster Hall, wasn’t very far away from where we were having one of our networking events, so after asking around I managed to find someone who was willing to bear the $30 to come to the show with me. Since it was pretty late when I decided to go to the concert, we missed the two opening acts, Hippocampus and Weathers, but we managed to arrive at Webster Hall just in time to snap a picture before Saint Motel started their set. Their new album, titled Saintmotelevision, had just come out the day of the concert, so I hadn’t heard any of their new songs, but when they opened with ‘Local Long Distance Relationship (LA2NY)’ I was immediately impressed. Throughout the concert they played their new album as well as some of my favorite songs including ‘Puzzle Pieces’, ‘Move’, ‘My Type’ and ‘Cold Cold Man’.

The concert, as well as being acoustically awesome, was very visually stimulating. The set featured a TV set up right in front of the stage that displayed the song that Saint Motel was playing and that the singer, AJ, occasionally hopped up on. AJ, as well as hopping up on the TV every now and again, would roam around the hall and even appeared up on the balcony to wish a fan a happy birthday, an act that made me love Saint Motel even more.

As the concert was finishing, that’s when the craziness of this concert was just starting for me. Unknown to me at the time, up in the balcony the band’s crew was struggling to get balloons to drop from the ceiling for several songs. They finally managed to free them during the last song using a wooden cane. The only problem was when that the balloons fell the cane came along with it, landing right on the back of my head. I was very confused at first, wondering where the hell a cane had appeared from in the middle of a concert and why. Soon my questions were answered when crew-members rushed over to me, apologizing for dropping a cane on my head and brought me over to the merchandise table where I was given a free shirt, socks and poster.

Knowing I needed to milk this opportunity for as much as I could, I asked if I could possibly meet the band. To my surprise, the crew presented my friend and I with VIP passes, indicating we could meet Saint Motel. Around this time someone pointed out to me that what I thought was spilled beer in my hair was actually my own blood. I, being a person who can’t deal with blood, even my own, immediately half sat-half fell down, nauseated by the realization that my head was bleeding. Suddenly I was surrounded by people trying to help me up and was then given water and rushed outside for fresh air by the security people. Sitting on the steps outside, I was asked by the security men if I wanted an ambulance or a ride to urgent care. I refused. I was not going to let my injury prevent me from meeting Saint Motel.

After a slightly confused conversation via radio walkie-talkies, the security led me back inside and up some stairs to where Saint Motel was greeting their VIPs. My friend and I were told to sit in a separate area and the band would be brought over to us. They finally came over, giving us their complete attention. They signed our posters, chatted with us, took pictures with us, and AJ even kissed the top of my head, wishing me a speedy recovery! The band manager, after insisting I needed to go to a doctor, looked up nearby hospitals for me and offered to cover my medical expenses as well as promising free tickets to a future Saint Motel show. The venue manager offered tickets to a future show at the venue and provided me with cab fare to get to the hospital. At the hospital I unfortunately had to get three staples in my head, but it was worth the amazing night I had.