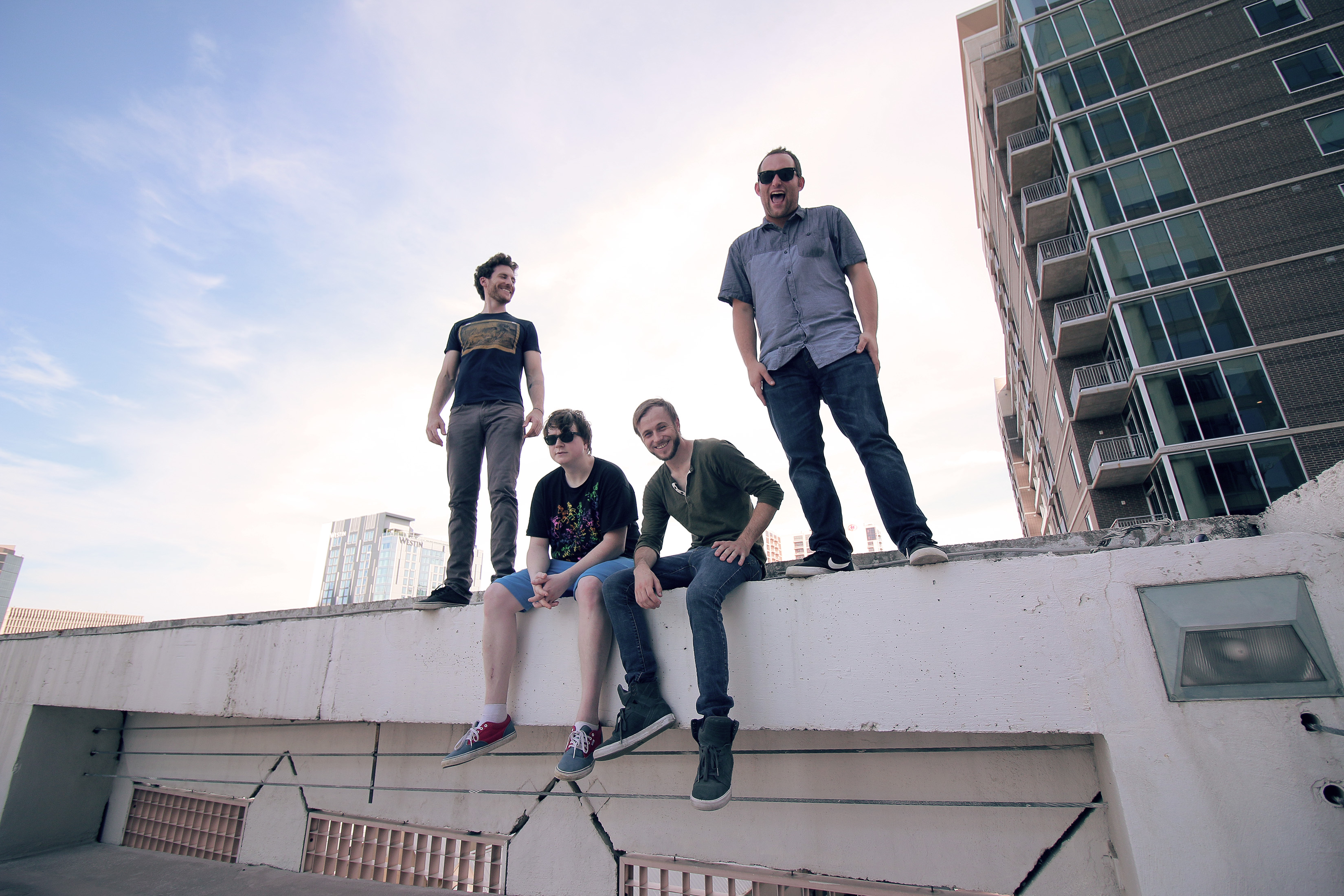 Alex Khoury, lead singer and guitarist of the Austin-based indie rock band Fouled Out, started the band in 2006 so they could participate in a Battle of the Bands competition back in high school. To their surprise, they won the competition and haven’t looked back since! Also in the band is John Hedges on the bass, Jimi Heuer on the drums, and Brendan Moore on the keys. The band is in the process of releasing their new EP, Hazmat, which comes out on November 19th. We got the chance to ask Alex a few questions about the band and what we could expect from their new music!

How did you initially meet each other and what prompted you to start the band?

That’s a good question. It’s actually pretty interesting how we met—especially how we met Brendan. In 2010 I moved to Austin from Nashville because things were getting more serious with the band and some of the band members at the time weren’t ready to commit as necessary. I also didn’t think Nashville was the right place for us. I felt I had learned and taken away what I needed from being surrounded by some of the best songwriters/musicians in the world. When I got to Austin I rented a band friendly storage unit that was surrounded by metal bands because I couldn’t play in my apartment. One day my brother and I were jamming and I heard a band that wasn’t playing metal. Being new to the area I immediately dropped my guitar and ran over to meet them. I asked them if they knew any bassists and john pulled up literally 10 minutes later. It was amazing! A few weeks later a coworker of John’s said he knew a killer drummer, and that killer drummer was Jimi. We played as a three-piece for years until we met Brendan! That Battle of the Bands we won in Tennessee wasn’t just a battle of the bands. It was also a beauty contest. It was called Beauty and the Bands. The girl that won the beauty contest ended up becoming very close friends with us and eventually moved to Austin in 2012. Through her new circle of friends we met Brendan and he joined the band at the beginning of the year. I still think it’s wild we met Brendan through ties from my very first battle of the bands!

You’ve been together as a band for many years. What is the secret to sticking together and staying satisfied with your work? What advice would you give to a band that is just starting out?

It’s simple: friendship, respect and a common goal. I feel like if you have these things you can work through anything. As for being satisfied with your work… I think part of being an artist is never being completely satisfied with your work. I think that’s how you grow creatively. You do the best you can but always think you can do better. It’s really quite beautiful. If I had to give advice to a new band I’d say to have fun with it and do it because you love it. Either that or don’t take advice from me!

Who have been your biggest supporters over the years?

We are all fortunate enough to say that our families have always been very supportive of what we do. Also, there are people like Amanda Smith, Ashley Dobbs, Ben Billingsley, and Nick Gooch who have always been on the front lines with us from day one. There are many more that that will be angry with me I didn’t mention them. You are not forgotten!

You’ve just released your first single, ‘Since I Gave Up On You’ off your upcoming EP, Hazmat. What does this song mean to you and why did you choose this song in particular to represent your new music?

This song means a lot to me. It’s about the death of a dream. I think it’s an interesting perspective to take to write about someone who has given up. We chose this track because we think it rocks and thought it represented the essence of who we are as a band.

How does it feel, after keeping your new music under wraps during the creation process, to finally release the music you’ve been working so hard on? Is it unnerving to think that other people may not feel the same way you feel about your music?

It’s awesome but bittersweet. Like you said, you work so hard on it so it’s very rewarding and gratifying, but at the same time a chapter in your life is closing. Overall it’s a great experience that you grow from. Of course you want people to love it but at the end of the day what’s important is how you feel about it. I try not to get to caught up in what other people think.

If you had to choose a few artists who inspired the sound of your upcoming EP, who would they be?

That’s a tough question because I feel like this EP was really more influenced by life unfolding around us more than any particular artist. If I had to pick an artist I would say The Beatles in the sense that we were pushing ourselves into new sounds and creative thinking. But it doesn’t sound like The Beatles. It’s just that same frame of thinking.

In what ways is Hazmat different than your freshman EP, We Got Problems?

Well, we have Brendan now which has made our sound much fuller. We also used a different producer, Chico Jones, who really helped us see our vision through. He’s an amazing Austin producer and was great to work with. I also think we grew a lot as musicians in that time period. I just think we’re a better band.

According to your website, Fouled Out is a ‘two-time “official showcasing artist” at the SXSW Festival’. What does it mean to you to have been able to showcase your music at such a large-scale festival? Would you consider this event the highlight of your career so far?

Obviously it’s an honor. It’s a great experience and you learn a lot. It has changed a lot through the years. I wouldn’t say it was the highlight of my career because my career isn’t done yet and there have been so many great memories. At this point I can’t choose just one.

What are you looking forward to the most in the coming months after the release of Hazmat?

Definitely revisiting some of my favorite stages, getting to play the new songs, and hopefully hitting the road. I’m also excited about writing new music. We already have some new stuff in the works.

After Hazmat is released we are putting out remixes to ‘Candyland’, a song on the EP. They (the remixes) are very interesting. We’ve already started the writing process again so you can expect some new music, and we will definitely be playing live a lot in the next few months. Can’t wait!