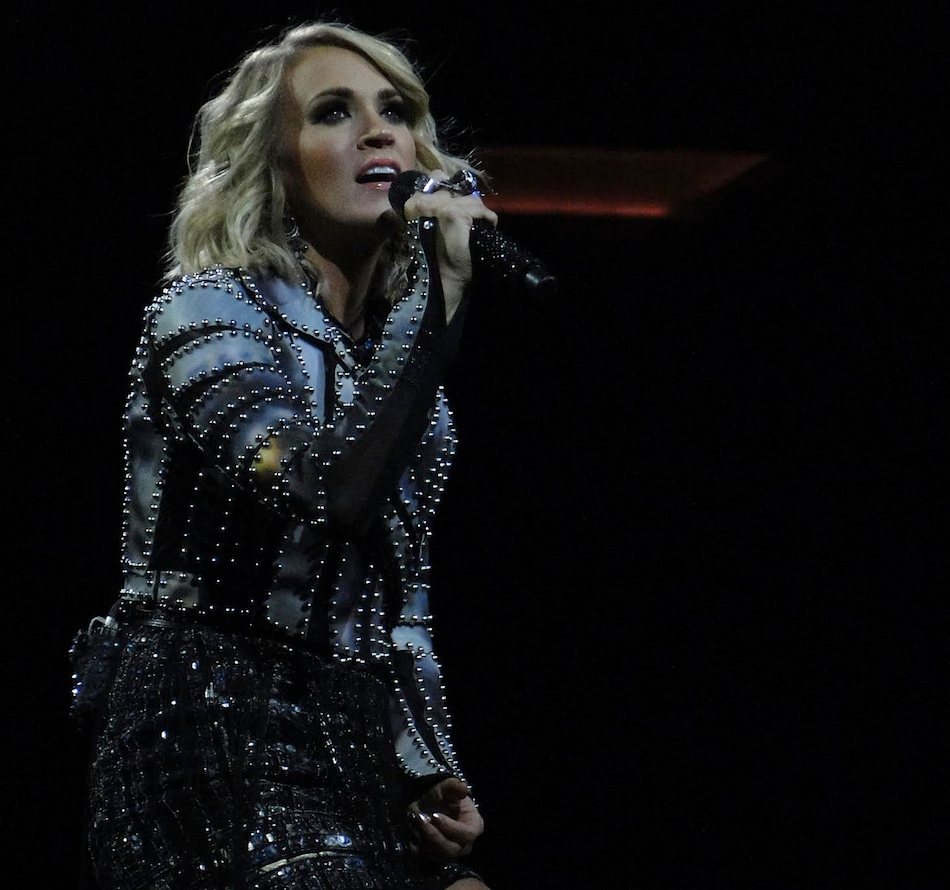 Underwood built an impressive career based solely on staying true to her roots. An Oklahoma girl, she has consistently stuck with country music for the past 10+ years. I’ve been a fan of her since her American Idol days, and I’ve enjoyed watching her develop into a completely respected country superstar. Women in country music have this badass, powerful character to them, and Carrie is definitely at the top of that list. She conveys this character clearly through her performance.

The Storyteller Tour is performed in the round. I always wonder how much work has to go into putting on a performance on a center stage. You have to constantly be making sure that you’re visible to all, coordinating movements to make sure you spend an equal amount of time at each part of the stage. What I love about this setup is that it creates an intimate setting, even in Madison Square Garden! I don’t think there was a bad seat in the house!

One of the most notable parts of the show was Carrie’s speech about mothers. She mentioned that this tour is different than her others because she has her toddler with her. She talked about how much respect she has for mothers, acknowledging that they have to juggle a lot at once. This brings me back to Carrie being a country girl-boss! Having a toddler on board, selling out arenas, and selling thousands of albums is a lot to balance, but of course Carrie shows us that somehow it’s doable. Let’s take her as an example for us, girl-bosses!

Carrie took us on a trip through her career, and my favorite was hearing the old songs. From her old catalog, the most notable were ‘Jesus, Take the Wheel’ and ‘Wasted’. Timeless, Carrie! And let’s not forget about ‘Before He Cheats’, because that of course highlights just how badass Carrie is! A+