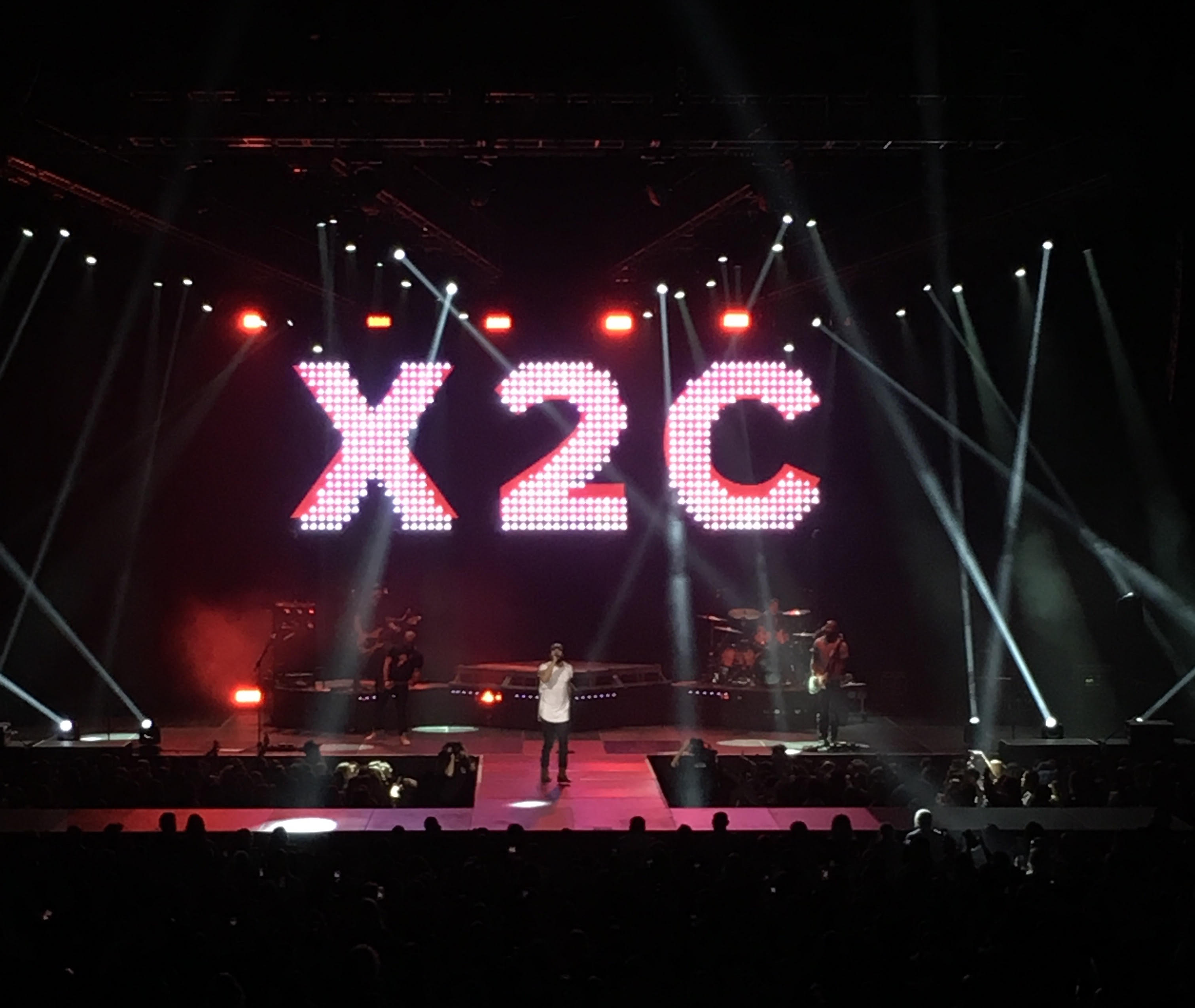 When I found out from a friend that Sam Hunt’s concert in Connecticut was the day before my birthday, I knew it would be the best birthday present I could ever ask for. I mentioned his concert to her once before but then I never heard anything about it again. I brought it up a second time and was ecstatic when she told me that it would be my birthday present. Ever since the tickets were bought I started counting down, not so patiently waiting for the day to finally arrive.

To be completely honest, I think I was more excited for the concert than I was for my own birthday. I had seats in the next level up from the floor, which was eye level with the stage. I had a perfect view of everything! As soon as I saw the sign that said, “Performing Tonight: Sam Hunt” while pulling into the Mohegan Sun Arena, I freaked out like the fangirl that I am! My best friend was in the passenger seat and she looked at me like I was crazy.

The first song Sam performed was ‘Leave the Night On’, and I felt myself smiling the entire time while I was singing my happy little heart out. What I’d really like to know is how he can manage to sing any song and make it sound ten times better than the original version! I’m also a huge fan of Thomas Rhett, but Sam absolutely killed it when he sang T-Shirt. At one point, he came out into the crowd right in front of my section and my excitement was in full effect for probably the millionth time that night!

It was overall such an amazing night and I truly wish the concert never had to end. I’m glad to say that I wouldn’t have wanted my birthday gift to be anything else. The only way it could’ve gotten any better was if we had meet-and-greet passes. I’m definitely going to go to another concert when he goes on tour again, and maybe then I’ll be able to meet him and tell him how amazing I think he is!