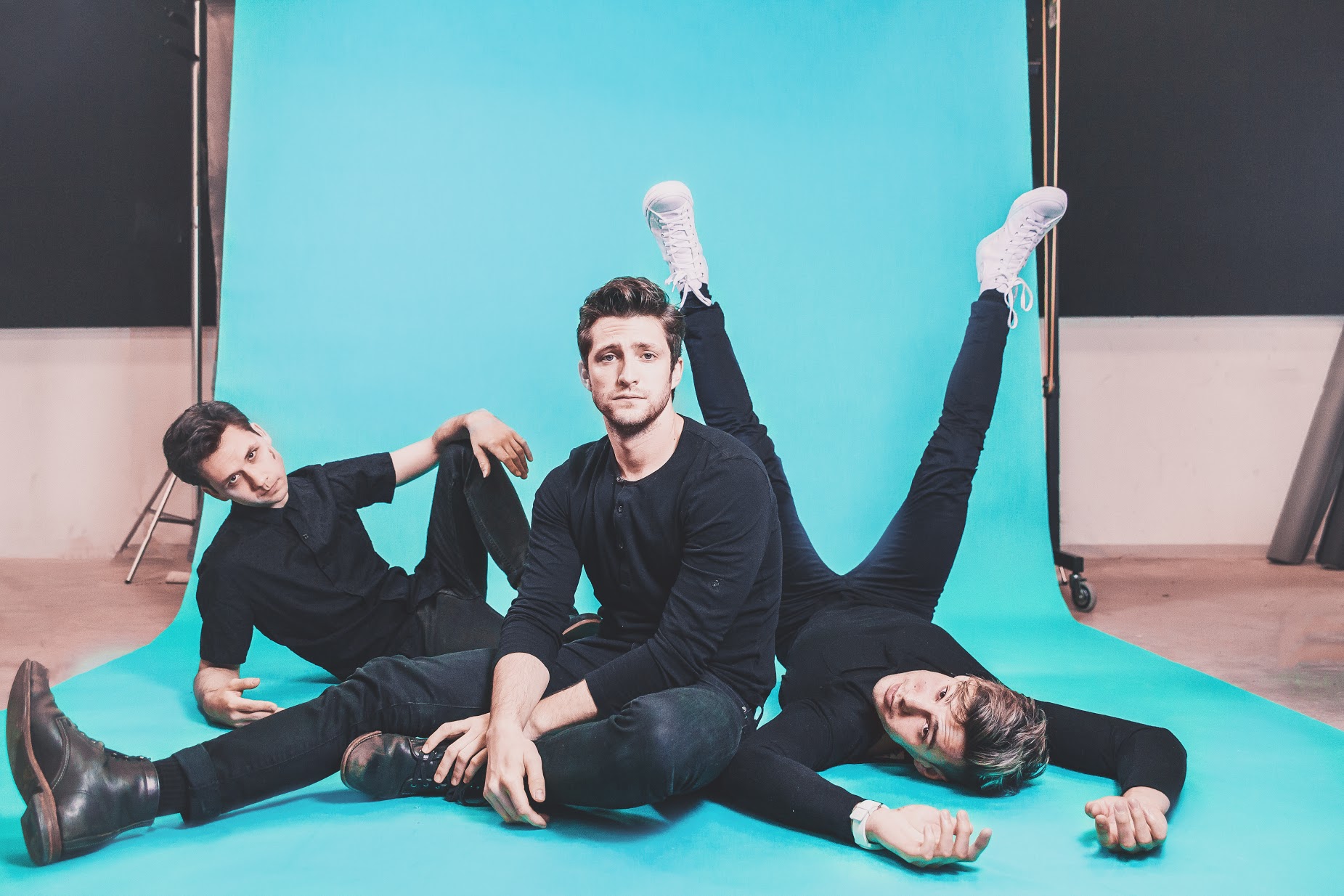 Public, a trio from Cincinnati, Ohio began their music journey in high school where they met in jazz band. Shortly after, the connection led them to create and write music where they were able to test different genres of music that represented them as a whole. They continue to look up to various bands and artists, including Walk the Moon (whom they have toured with). Their biggest interest is to continue to inspire and let the world know their story – how we are simply human and are constantly evolving and changing. Their music is a door into their world and they want you to be apart of it. John Vaughn, lead vocals and guitarist, was able to answer a few questions we had for the band.

What has been one of your favorite moments as a band thus far?

I think over all, our tour with Walk the Moon was our shining season as a band. It was such a perfect opportunity, to open for a group with such a devoted following and it really gave us a foundation for our own fanbase outside of our hometown. We got to see what we were made of and learn things along the way.

Who is the most important influence to the band and why?

I think that the most important influence is the combination of the different influences the three of us bring to the table. That’s why our music has always had a few different sounds or “genres” rolled into it. We all listen to very different things – from composer John Williams to Ariana Grande, so whenever we write the product is never quite as straightforward as we thought it would be (in a good way).

Who or what is your biggest motivation to continue creating new music that continues to inspire others?

Well I think that we’re all artists and we’re just humans that keep growing and changing, so we always have things we need to sing and write about. And as artists, songs are a huge form of expression. So I think that we just still have more to say to our fans, and hopefully to many more people who have yet to hear us. I want people to know what I’ve been through since we put out our last single. What we’ve been through. I want people to know how I’ve changed and if I’ve loved and lost or just whatever. How are we different from what we last said?

The DOT TRIBE is awesome! It must be an overwhelming feeling of joy to see such a strong support system. What was the inspiration behind creating the DOT aesthetic for the band? Is there a message behind it that you want fans to know about?

The Dot Tribe is a formidable force for sure. It originally started as a way for us to identify ourselves, and for our fans to identify with us. We’ll be delving more into what exactly those dots mean here soon with our new music.

What is one thing Walk The Moon or Twenty One Pilots taught you while being a supporting act?

We’ve definitely learned to be ourselves. Watching bands like that play for the people that love them the most really inspires you to do your thing and do it to the best of your ability. That’s the only way to find those listeners that will love you for what you truly are.

The song ‘Pretty Face’ is absolutely stunning – what experience shaped this song? It is grabbing the attention of many on Spotify!

That song was written sort of in the same vain as our new single ‘Perfect’. Harmonically, it came from the boys and I jamming and creating in a basement. Lyrically, I took the position of trying to sympathize, maybe even empathize with girls – this time specifically girls that were so devoted and loving to bands, musicians, and stars. I had this strong thought that artists are often undeserving of the attention and the type of attention that we get. The lyrics “do you know her? The girl that looks to you. Would you love her? The way that she loved you” was sort of my expression of artists taking for granted how well they’re treated by “super fans”. As a guy, I felt very sensitive to the love we were receiving from our female fans and struggled with knowing how to reciprocate it.

How has your experience been with working with producer Eric Palmquist? What is the main difference between working in Cincinnati, Ohio and Los Angeles, California?

Los Angeles is a totally different beast, as I’m sure anyone would say. There’s just this vibe in the entire city that pushes you to be more creative, ambitious, and successful than you’ve ever been. Not exactly a “pure” vibe. Definitely something you could get caught up in and lose yourself. Cincinnati is so calm and familiar, and gives us the feeling that we’re in control. LA was like landing on a new planet where you’re immediately taken with the wind.

Working with Eric was amazing. Definitely a unique experience for us as a young band. It was so clear why he’s had the success he has as soon as we got to work. He put us through almost a “boot camp” with songwriting and production that has helped us moving forward.

Is there an artist or band who you would love to tour with but haven’t just yet?

Oh man. As you can imagine, there are just so many. Recently we’ve been digging DNCE and I definitely think we could put on a great tour together. Then there are the dream bands like The Killers, Maroon5, MUSE. That’s definitely a loaded question with many possible answers.

Well we’re growing a lot as I stated earlier. With these releases, we’re trying to hit harder than we ever have. We’ve been working so hard on new songs, tightening up our set, and just generally trying to transform into the best version of PUBLIC we can. So with that you can expect a lot of new content, some interesting moves, and maybe even a few mistakes as can only happen when you’re learning and moving forward. I think we’re excited for all of that, actually.

What is one thing you would want listeners to know moving forward?

Our next single is a BANGER.