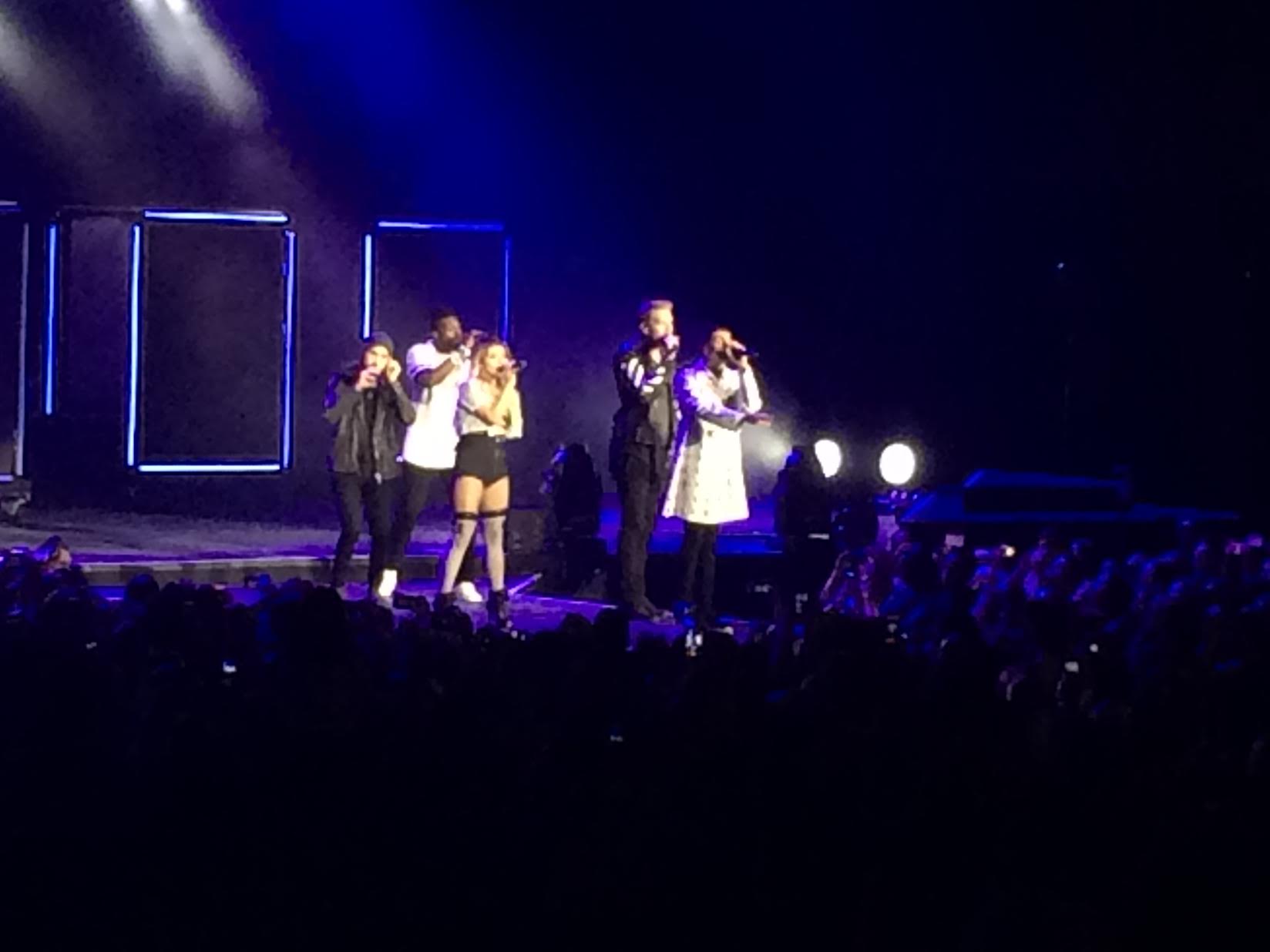 I’ve never been too into a cappella, but I do have one exception: Pentatonix. I’ve had a soft spot in my heart for all five members for years now. From their unforgettable Christmas albums to their powerful singles, Pentatonix is a group that never disappoints.

Naturally, I couldn’t pass up the chance to see them live for the first time ever in Newark, New Jersey last week. A friend of mine who was celebrating his birthday on the day of the concert first mentioned the idea that we should possibly attend. I knew we had to go to make his day even more special. We both purchased our tickets and I was ecstatic!

Going in, I knew that they were going to put on a great show, but I never really considered just how life changing the night would be. When we arrived at the venue, I bought my friend all of the colorful merchandise he wanted for his birthday, and I also bought a really cute shirt for myself. I couldn’t wait to get in my seat and be submerged in the music that I’d lip synced to for so long.

The lights went down and as all five of them— Avi, Kirstin, Kevin, Mitch, and Scott— came out on a forklift for their first song I knew I was home. The atmosphere of the entire concert was so friendly and accepting, and you could feel it from every part of the arena. Their set list included a sprinkle of everything, from a Michael Jackson mash-up, to a sing-a-long performance of their song, ‘Misbehavin’’.

Each member would take some time between songs to talk to the crowd and the audience grew more excited and passionate each time. At the end of the concert the group put their microphones away and brought out a large candle to stand around while they sang their song, ‘Light In The Hallway’. The crowd was so engaged and supportive of the group as they illuminated the arena with nothing but their natural voices and candlelight. By the end of the song you could feel the amazement in the audience.

My friend and I sat there in awe, feeling so at peace, so loved, and so content. Their performance had that ability to shift moods, and it was a truly moving and life changing experience to be a part of. Pentatonix knows how to put on a show and to keep their audience engaged throughout. Everything—from production, to the costumes, and the set list choices— made the concert the best one I’ve ever been to. If you ever have the chance to see Pentatonix in concert, take it. Their show will truly change your life, and will leave your heart overflowing with joy.

One thought on “Pentatonix: “They Illuminated The Arena With Nothing But Their Natural Voices And Candlelight””