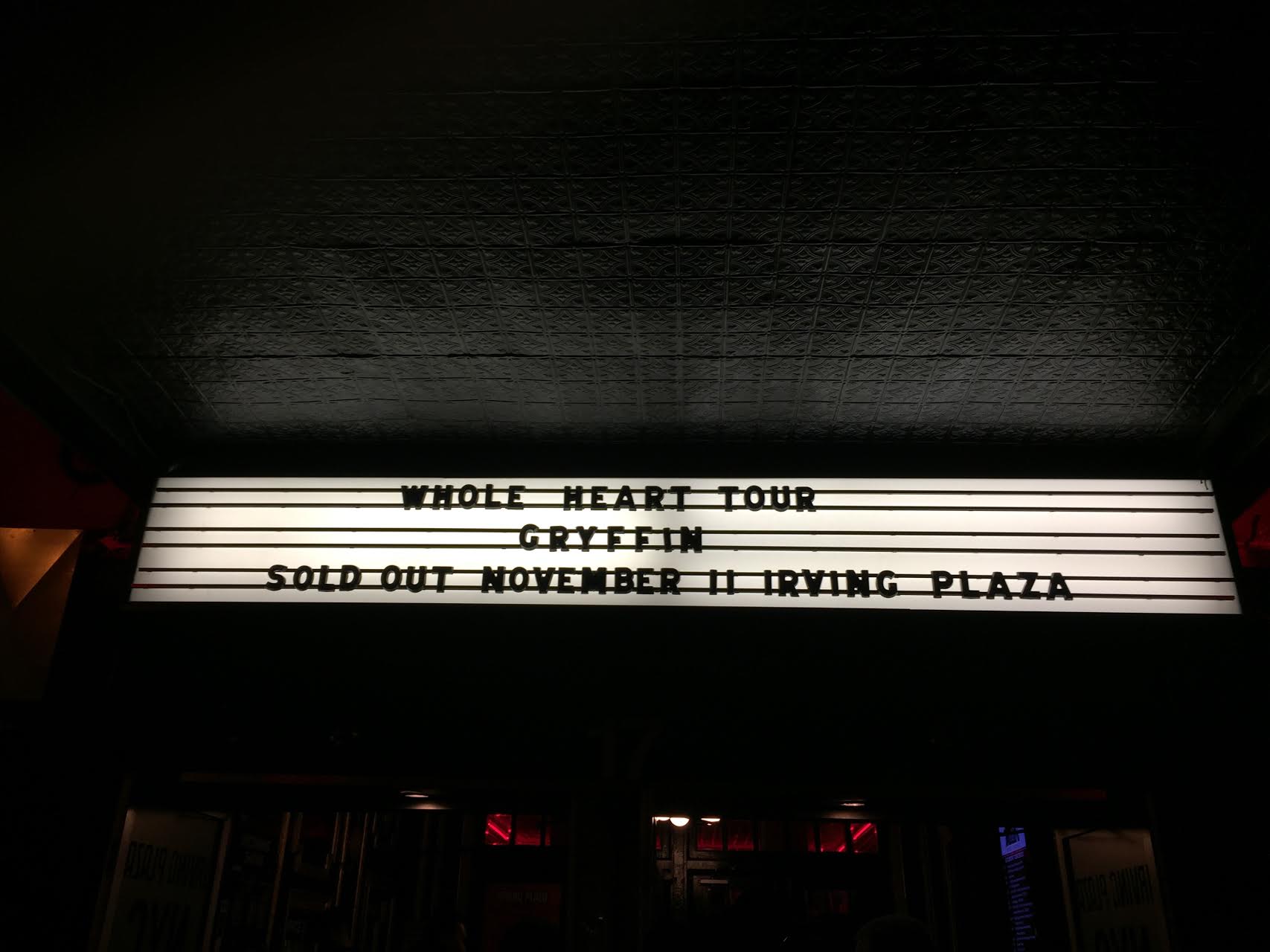 Many people today do not like EDM music because they think it’s just some person looping the same four beats on repeat. For me, there is much more to it than the audio production. Gryffin, like most other EDM artists, cares about the stage presence of the show and tries extra hard to make it his own.

When I got out of calculus class I saw on Twitter that Gryffin was doing another headlining tour for his new single, ‘Whole Heart,’ like he did with his debut single, ‘Heading Home,’ back in the spring. However, on that tour there were no east coast dates and the summer leading to that was only festival dates, so I was very excited for him to finally come to my city.

Like most college students, money was extra tight during the time he announced the tour dates. I was flat out broke and I did not have the money to buy any tickets so I held off. It hurt me in the end because right when I was about to actually buy the tickets, the show was sold out. Of course, I felt pretty bad about it, but this was out of my control.

On the day of the show I was contemplating whether or not I should go to the venue to try and meet him or to just go about my day. I decided to go to the venue. I waited out in the cold for about four hours and right when I was about to give up, I saw him walking towards the entrance of the venue. I casually approached him and we started talking. I talked to him about my favorite song, ‘Heading Home,’ that he did with my favorite artist, Josef Salvat (who shared his vocals on the song), and then about tour life and the special guests for the show. After we were done with the conversation, I asked him if we can take a photo with my Polaroid camera and we did. After that the photo, I told him the dilemma and he decided to put me on his guest-list! Long story short, I got to see Gryffin for free!

I arrived an hour before he went on and I was able to get a spot against the barricade for the show. When he came onstage, the first fifty minutes was full of remixes he’s done for other artists such as Tove Lo, Years & Years, Troye Sivan, CHVRCHES and many more. After he was done with the remixes, he played his debut single ‘Heading Home’ and I even cried during his set because the visuals were just so perfect. Seeing people listening and singing along to my favorite artist, combined with the atmosphere in the room, left me with a feeling that was too overwhelming to explain. After he was done playing ‘Heading Home,’ he played his last song, ‘Whole Heart’. To me, it felt like that was the perfect way to end the show. It was the most personal song to him (as he explained) and it was also the song that inspired him to head out on another tour.

Overall, people that go to EDM shows are just there to have fun and let their inner crazy out. While I also let my crazy out, I find myself keeping track of the other important things like the visuals, the flow of the show and lastly, how familiar the audience is with the lyrics. If I had the chance I would go to see Gryffin again and I would definitely encourage other people to go to an EDM show at least once in their lives. You don’t know the feeling until you feel it for yourself!