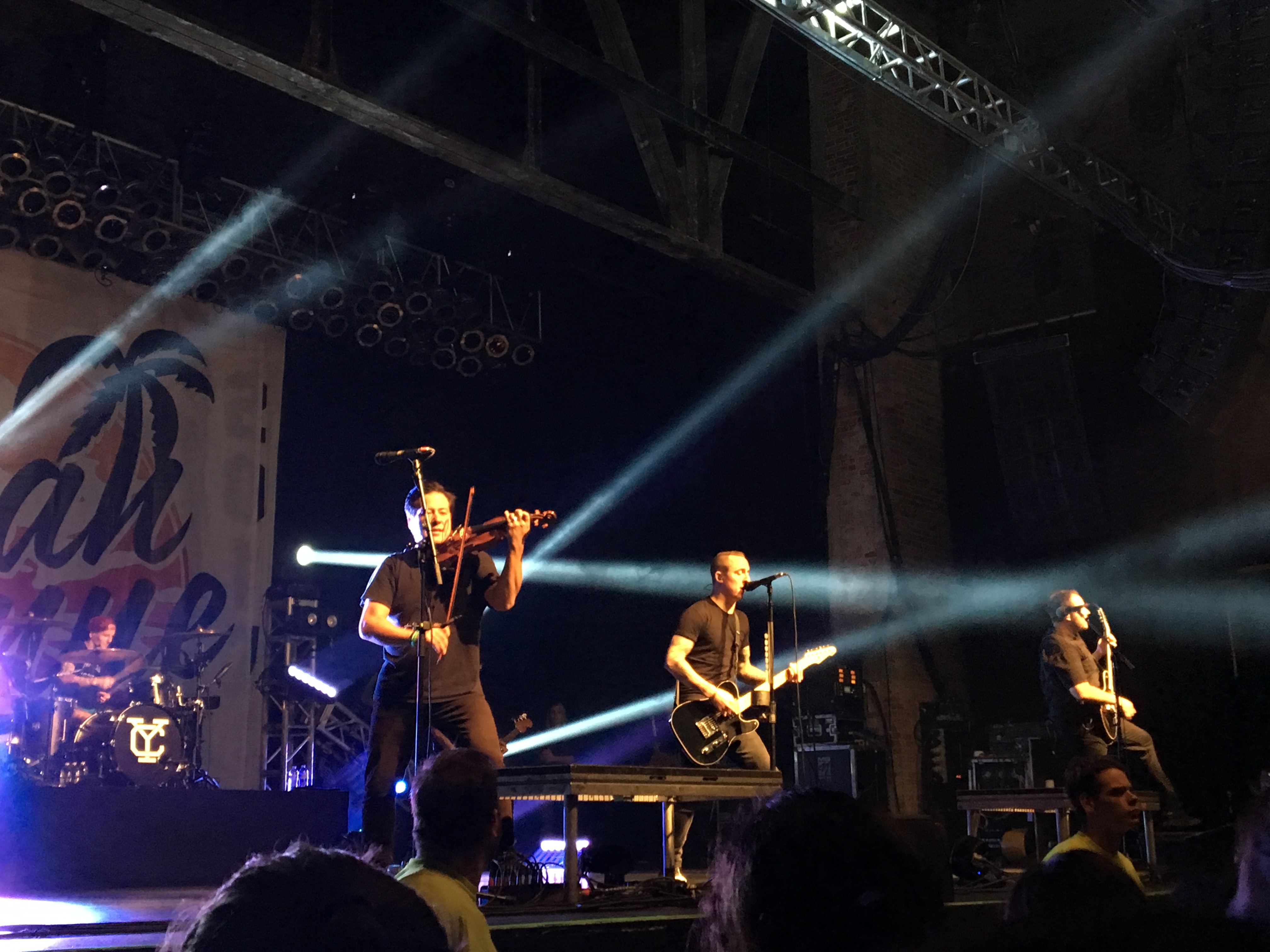 Back in elementary school I remember watching the video for ‘Ocean Avenue’ by Yellowcard and thinking it was one of the coolest things I’d ever seen. About twelve years later, it turns out that Yellowcard is breaking up. For me, it was a bittersweet thing. The band has been around for as long as I remember and I’ve been seeing them live for years. I never really even entertained the thought they would eventually break up.

They announced their final tour and I ended up choosing to attend the Long Island show because they would be playing the ‘Ocean Avenue’ album in full, along with other classic hits.  I didn’t know what to expect when I arrived at the venue. I’ve been to “final tours” of other artists before and none of them hit me quite like this one. Yellowcard wasn’t my favorite band and I didn’t follow them around the country, but they always held a special place in my heart.

The band started off their set with the 12-year-old album first. Typically, Yellowcard ends every show with their hit, ‘Ocean Avenue,’ but since that song is in the middle of the album, they paid respect to the entire album by playing it in the order in which it was originally intended. Although it felt weird that they didn’t end with that song, it still felt like the right decision given the circumstances.

A special moment for me personally was when they played ‘Believe’. They wrote that song right after 9/11 and it’s about the tragedy that happened on that day. I always get emotional during that song considering I typically see them in NYC, but this time it was different. The show was on Veterans Day, and it was also a few days after Election Day. I’m not trying to get into politics, but I think everyone at the show, myself included, needed a break from all of the craziness and this was the most perfect escape.

Who knows what will happen with Yellowcard’s future? Twenty years is a long time to be an active, touring band and while it makes sense for it to be the end, I’ve seen so many bands disappear and then re-emerge with an entirely new project. Will they come back like other artists have? I’m not sure, but I’m so glad I was a part of this wonderful time in their lives.