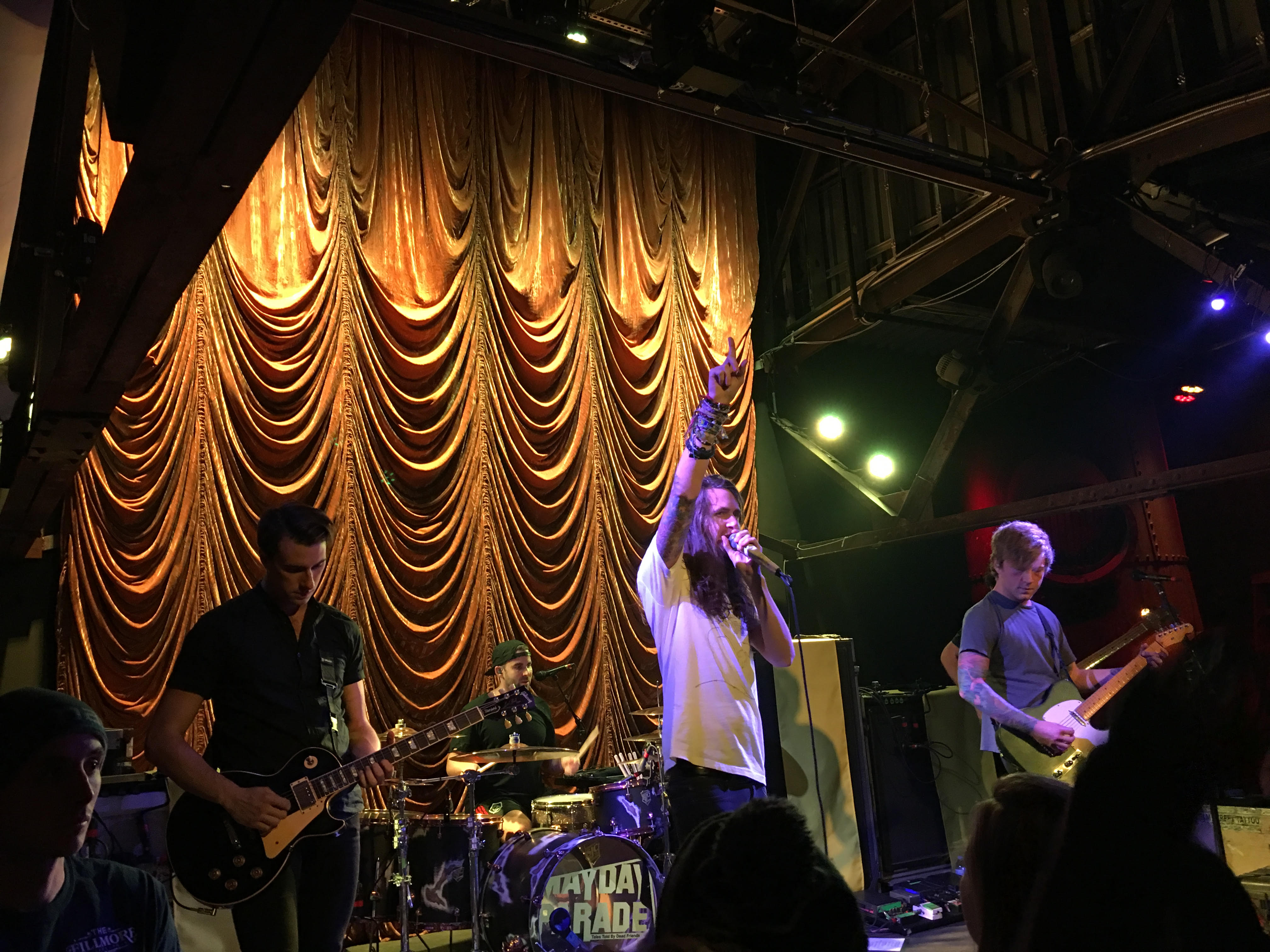 I consider myself a pretty big Mayday Parade fan. I’ve seen them over fifteen times and rarely miss one of their shows in New York, New Jersey, Connecticut and Pennsylvania. I know how cliché it is to say, “this band saved my life;” but this band really did save me from myself. I saw the ten-year anniversary tour of their first EP this past week at The Fillmore in Philadelphia, PA and Manhattan, NY.

Let me just say that if you’ve never met the guys in this band, you really need to. I’ve never met such kind guys before. I went to their meet and greet in Philly on the 13th and it’s not like your usual meet and greet setting. There are no tables, no chairs, no backdrop and no photographer. They just all stand around and want to have a conversation with you. They’re all so genuine and thankful that you’re there to see them. I’ve really never met a band before that treats you as if you’re equal to them and actually speak to you like you’re a friend rather than a fan. It makes me emotional thinking back about it.

Seeing my favorite band play a sold out studio show at Webster Hall was really intense for me. I’ve watched this band grow from half sold shows at the Crazy Donkey on Long Island to oversold shows at the Starland Ballroom in New Jersey. They put on the most amazing show I’ve ever seen them play. The set list was so incredible. Hearing songs that shaped me into the person I am today over the past ten years was very humbling. I cried during ‘Three Cheers for Five Years’ (as per usual), but I really lost it during ‘One Man Drinking Games’. All these songs off their first EP have a different meaning to me but they hold such a special place in my heart.

After this show I was able to get my hands on the set list, which I tried so hard to get at the Philly show. It’s currently hung up in my room next to my signed posters from them, the lyrics Derek Sanders wrote in his handwriting for me when I was 14, and the Tales Told By Dead Friends vinyl signed by the whole band. I’m looking forward to hopefully seeing them in Texas in March and whenever they announce the ten-year anniversary tour for my favorite album ever created, A Lesson In Romantics.