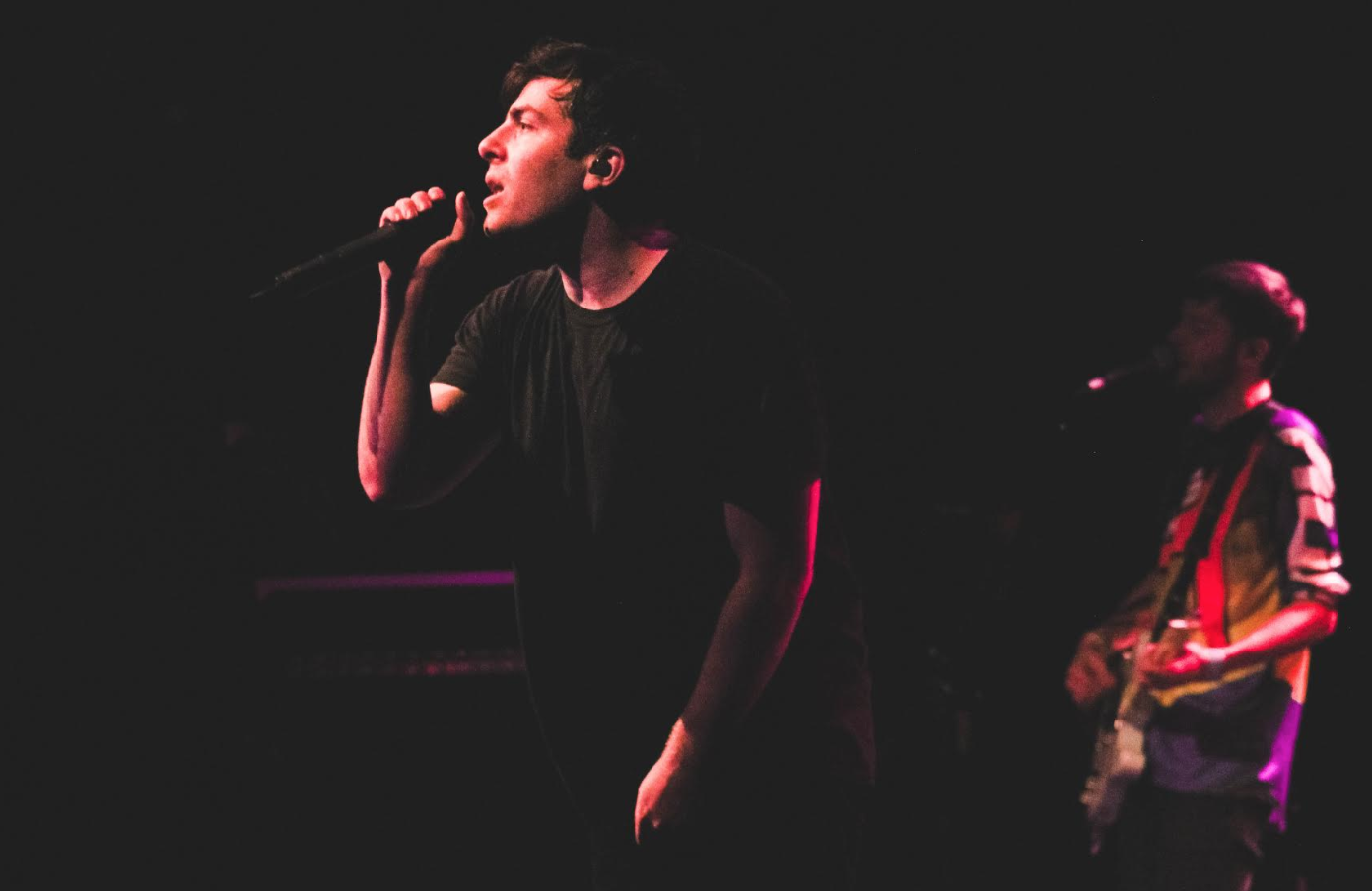 In my opinion, Hoodie Allen is one of the most humble artists in the industry today, if not the most. My experience of his recent show at the Gramercy Theatre was a bit different than other fans’ in attendance that evening. In early November I sent Hoodie an email asking if I could possibly shoot some photos for the upcoming show. I explained in the email how I’ve been a fan for many years and I even attached some of my best shots that I’ve taken in the past.

The day after I sent the email, there was a response in my inbox! He said that he thought my photos were great and that he’d love to have me in the photo pit for the New York City show! We exchanged a few emails about the event and he told me that he would have my name on a list with photo credentials!

The night of the show finally arrived and at around 7:30 P.M. I went up to the box office where I was handed my photo pass. I waited in a line that wrapped around the outside of the venue until we were finally allowed inside to meet Hoodie. When it was our turn to get a photo I introduced myself as, “Anna, the photographer from the emails.” He remembered and was so pleased to see that I’d gotten my photo pass!

We headed upstairs to get set for the show. I believe that this particular theatre had a capacity of 500 people and it was meant to be a special performance just for some of his most devoted fans. This show was one of two concerts (the other was in Boston), which he called “Fansgiving.” His set lasted just over an hour and it was absolutely incredible. Seeing the crowd from the photo pit allowed me to experience the show in a different way. Unlike I’ve ever been able to do before, I was able to capture through my lens everyone in the audience having a great time and singing every word to his songs!

It was clear in his performance how happy he was to be performing that show, especially being a New York native. His set list consisted of songs from throughout his discography over the years. I, as well as many of the other fans in the audience that night really enjoyed seeing him perform some of the crowd favorite songs off his older mix-tapes. He has an incredible stage presence and he’s great at interacting with the crowd. Somehow, he manages to perform each track meticulously, although I assume it would be hard to recall all the words for some of them even though he wrote them. This was not my first time seeing Hoodie Allen in concert, and it will for sure not be my last. I am so grateful for the opportunity I was given to take photos at his show, and I hope I will be able to do that again for him some time in the future!

One thought on “Hoodie Allen: “This Was Not My First Time Seeing Him in Concert and It Won’t Be My Last””