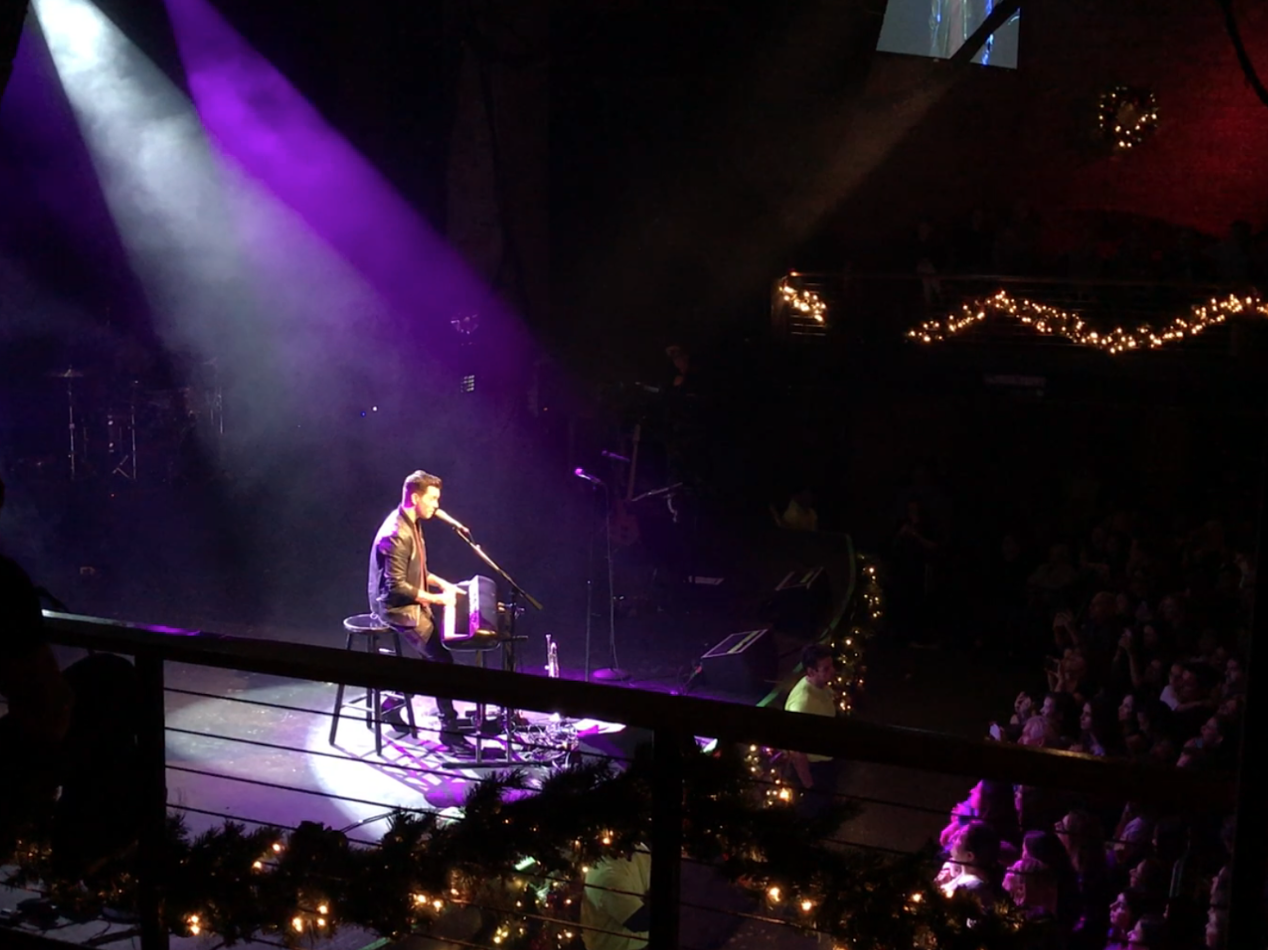 What do you get when you mix together an incredible performer with a great venue? A night to remember! After years of waiting to see Andy Grammer live, I finally had a chance to see him at The Paramount in Huntington, New York on December 1st. I’ve been trying to go to one of his shows for such a long time, but every single time he was in New York, something— whether it was work or school— was always in the way. This time was different. My mom happened to see an ad about Grammer’s return to Long Island and she surprised my brother and I with tickets to the show (Thanks Mom!). I made sure to clear my calendar for this night because I would finally get to see Andy Grammer live in concert!

The night started out with my brother and I grabbing pizza at one of Long Island’s most famous pizzerias, Little Vincent’s. As we were eating I checked Twitter and saw that Andy actually stopped by Little Vincent’s about 10 minutes before we got there (just my luck!). When we finished our pizza we lined up outside the venue with all of the other excited fans who were waiting to go inside.

The energy inside the venue was incredible! The opening acts were two local Long Island bands and both were great. Then it was time for the reason we were all there— Andy Grammer. He started off the show with his classic hit ‘Fine By Me,’ and the entire place was singing along. Song after song it seemed like the crowd got louder and louder. Andy looked so happy when the crowd sang along with him as he poured his heart into the piano, guitar and microphone.

We were also lucky enough to hear a new song from his upcoming album! The song was called ‘The Good Parts’ and the crowd, including myself, absolutely loved it! Andy described the song as “going deep with your best friend,” and it was definitely a deep and powerful piano ballad.

The night went by way too fast but I loved every second of it. After Andy left the stage and said goodbye, he returned one more time for a performance of ‘Good to Be Alive (Hallelujah)’ and the crowd went insane.

I’m so glad I finally got to see Andy Grammer in concert, and it was definitely a night I will always remember. I can’t wait to see Andy the next time he is back in town!