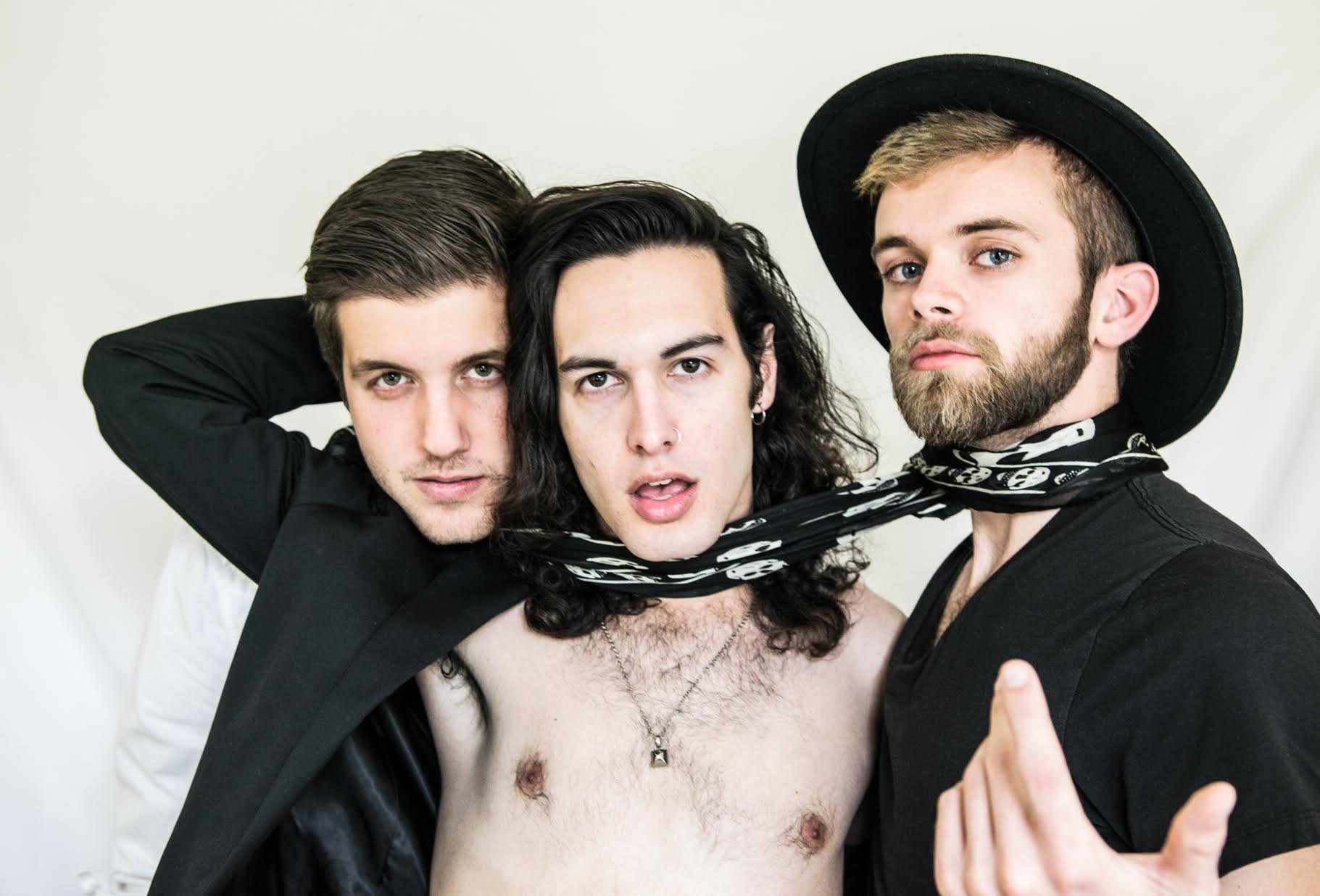 Jordan and Alex met in high school and shared a mutual love for music with a desire to create something out of nothing. In search of a band to play with, Aidan (originally from Cleveland) found Jordan and Alex and the three “clicked instantly.” Now known as Kullers, the alt-pop trio has already released their first album as not only a band, but as best friends. We spoke to Jordan about their sound, their debut album, and their vision for the future of Kullers.

You classify yourselves as “alt-pop”. What does this genre label mean to you and how is your band different from an alternative band or a pop group?

It’s truly hard to convey your sound and style from a simple one or two-word genre, so we try not to let any certain genre label us. We let our actual sound and image define us and whatever people want to label us as, we’ll go with it! At the end of the day, we are Kullers and we sound like Kullers. We love it. As far as the alt-pop term goes, we take influence from so many different artists and styles that we find ourselves caught in the middle of something entirely poppy and radio, and something indie or rock focused.

Is there any specific demographic you’ve targeted with your debut, self-titled album?

People who have responded the most positively to our music have been girls ages 14-25. Kullers is eaten up by that demographic and they support us so much. It’s a great feeling!

Many artists wait before jumping into releasing a full-length album. Why did you decide to take this approach?

Growing up on classic rock, I always found myself listening to full-length records as opposed to just the singles. An album is a work of art, each song was created and placed in the order it’s heard in for a reason and ever since I started writing music, I’ve always wanted my works to be appreciated as such. With today’s high demand for new music at such a fast pace, it’s difficult to not resort to releasing EP’s or singles, but that just drives us to work harder and produce our best work.

Speaking of your full-length album, what is the significance of the first song, ‘Kullers’?

The concept of colors and the contrast between colors and blacks and whites is a theme that shows up all over the record. The first song sets the tone for the album, almost like an overture.

If you had to choose a favorite song from your album that you feel represents Kullers the best, which would it be and why?

I’d have to say ‘Tongue Kissing’ is the best way to get a feel for Kullers. It showcases our grooviness, fearlessness and tongue-in-cheek style all in 3 and a half minutes. The name itself makes people say “woah” without even hearing the first note. That’s who we are, we are Kullers and we’re going to push your buttons.

When you were writing this album, did you draw inspiration and look for guidance from the music of any other particular artists?

We have plenty of artists who inspire us ranging from The Beatles to The 1975 to Green Day to Michael Jackson, but while writing we never say to ourselves, “Okay, we want this song to sound like this song and this one to sound like that song.” Our music comes from us very organically. Our influences will always shine through our playing, but it will always be our sound that truly makes us individual and unique.

If you could open up for any artist on tour, who would it be?

Opening up for Maroon 5 or Bruno Mars would be pretty incredible.

How has being in this band helped you to grow individually?

We’re all best friends and that makes it really easy for us to communicate and work well together. We continue to improve everyday.

What are some short-term and long-term goals for Kullers?

We hope to have album 2 out in spring of 2017 and to follow the album with summer festivals and tour. For the years to come we plan to continue putting out records and touring as well. Plenty of music videos will be included in the mix as well.

While our next album won’t be out for a few months, you can definitely expect a teaser in the very near future *hint hint nudge nudge*

Is there anything we haven’t touched upon?

I just want to add that we love our fans and everyone who take the time to appreciate what we do and we are endlessly grateful for everyone who supports us. We love you!