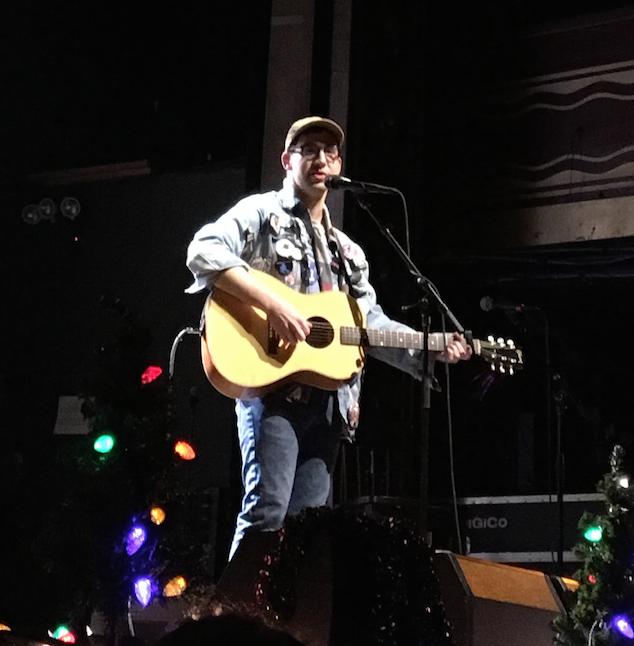 A few months ago Jack Antonoff and The Ally Coalition announced the 3rd annual Ally Coalition Talent Show. To be honest, I didn’t know what to expect. What is this talent show about and what exactly is it for? All I knew was that there was going to be an awesome lineup and that it was for charity. First, I Googled what TAC was. I learned that they’re an organization that takes action for LGBTQ awareness. TAC was created by the band Fun. and Rachel Antonoff (Jack’s sister) with the purpose of bringing entertainment and awareness together.

Personally, I was especially excited for this event because I would be seeing some artists I love while supporting a good cause! This year’s lineup included Bleachers, Charli XCX, a surprise performance by Lorde, Carly Rae Jepsen and many more. I’ve never seen Bleachers live before and I was so happy the night finally arrived. It’s been almost two years since I last saw Charli, who’s one of my all-time favorite artists, so she was a big part of the reason I was so excited for the show as well! My favorite part of the whole show was when Charli and Jack performed “Boom Clap” together to end Charli’s set. It was unexpected and really showed the unifying nature of the cause we were all there to support.

This year’s event was geared specifically toward homeless LGBTQ. Throughout the event, many facts were given out about homeless LGBTQ (and also important events going on nationwide). It was awesome to see so many people come together—whether they were fans, artists, comedians or celebrities, for such an amazing and impactful cause. At this particular event over $100,000 were raised for TAC and I never felt happier to be a part of something so amazing in my life! Many of my friends are a part of the LGBTQ community, and it’s so important to show them our support.

To support TAC and their great organization, you can check them out on http://theallycoalition.org/